Two Adventist Pastors Honored in Jamaica by the Governor General 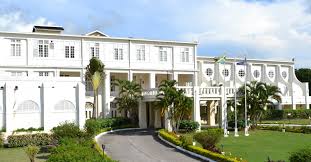 From APD, 19 July 2018  |  Two Adventist pastors were among the 15 people honored by the Hon. Patrick Allan, Governor General of Jamaica on June 28 in recognition of “the work of many unsung heroes and heroines who have not received national awards” for academic or similar achievements. The annual awards were launched in 1991 by the then Governor General Howard Cooke.

Pastor Gordon Lindsay, youth director of the denomination’s East Jamaica Conference, is honorary chaplain of the police in Jamaica. He has started several feeding programs and a homeless shelter, as well as youth projects to reduce crime and violence.

Pastor Omar Oliphant is the first Adventist minister in Jamaica to become a lawyer. He started the Save-A-Youth Foundation which collects donations for health care, dialysis support and other needs, and has organized youth debates, theater productions and music talent shows for hundreds of young people.

The Caribbean island nation with a population of 2.9 million has more than 300,000 Adventist church members in 678 congregations. When the unbaptized young children from these families are included along with those who claim an Adventist background but are not currently members, the total is more than half a million and one of the largest religions in the country. Both Governor General Allan and Prime Minister Andrew Holness are Adventists.

The featured photo is of King’s House, the official residence of the Governor General of Jamaica, the resident representative of the monarch, Queen Elizabeth II. APD is the official news service of the Adventist denomination based in Europe.