While I am transgender and a woman married to a woman, I am also white, educated, conventionally abled, Christian, fertile, and socially well-networked. I own my own home and vehicles, I am in my 40s, and I speak and write fluently in English. All this is to say that while I experience marginalization related to my gender and sexuality, day to day I live with a great deal of privilege. I suspect that most of AT’s readers could say the same.

As someone who lived most of her life as a cis-het-male-passing Christian pastor, I had the privilege of ignorance when it came to events like Transgender Day of Remembrance. I believed I didn’t know any trans people who had died of homicide or suicide. Therefore, I implicitly considered it exceedingly rare.

I’ve lived for just over a year as my integrated self. The privilege of ignorance has fallen away. On crisis lines and in my work as a trainee therapist at an LGBTQ+ community mental health center, I have been overwhelmed by exposure to the trauma that is endemic in my community of gender-expansive people. In personal interactions with still-closeted trans people, I have heard time and time again the catch-22 they face: transition or death. I know the pain of addressing that choice in my own life.

For trans people, Transgender Day of Remembrance (November 20 this year) is a reminder of the injustice we face in a transphobic, patriarchal, racist, and misogynist society. For cisgender folks, it is an invitation not so much to remember, perhaps, but instead to expand empathy and awareness.

If these numbers aren’t staggering enough, it is almost certain that they are under-reported due to the pressure on trans people to stay closeted. Untold swaths of gender-expansive people complete suicide or are killed every year before coming out publicly. They are buried and mourned as their closeted selves, misgendered even on death certificates and headstones.

Each year, Transgender Day of Remembrance reflects on the loss of known victims to cultural transphobic hegemony. But it also invites us to recognize the expansive scope of the problem. You may believe that you do not know a trans person. But I can almost guarantee you that you do. They may be closeted or cis-passing, their question whether or not you are safe enough to be trusted with that knowledge about them.

Visibility is a two-edged sword

Anne Bolin published In Search of Eve: Transsexual Rites of Passage in 1988. Among other topics, she describes the perspectives of trans women at the time regarding visibility. She says that most transgender women wished for less visibility and not more. From their perspective, the ideal situation was for them to blend into society, along with its roles and hierarchies, without being noticed.

One theory that might explain this point of view has to do with safety. The more we are known, the more clockable we become, and therefore the more at risk we are in a transphobic context. Trans women at the time (understandably) could hardly imagine a future where being out as trans could be a viable option. There was a time in my life when I lived under the shroud of this belief as well.

Transgender people are more visible in America today than at any time in the country’s history. The ignorant may conflate this with a contemporary degradation of human existence. But the truth is that gender-expansive folks have been with humanity for the duration of our history. (See Susan Stryker’s magnificent published history of transgender people.) We are part of normal diverse human variation; we always have been. And we are beautiful.

But with visibility comes the risks that trans women in the 1980s feared. Our identities have become an ideological football, passed and kicked by bad-faith pundits and fear-mongering preachers. My mere existence is a political statement—not because I sought it out but because I am an embodied threat to the patriarchal hierarchy we were all born into.

What I’ve been thinking a lot about lately: what will happen when the public eye of outrage passes to a different marginalized group? When I read that new state of privilege, will I bother to care about them? Have I cared in the past? Will I speak and work for justice in ways that resemble my current activity in any way?

While I may have shown up previously in ways I now regret, I want to be the kind of ally for others that I hope to have with me today.

My transition is holy

I recently visited my hometown. It was a terrifying activity to consider beforehand, in part because of the lived experience I described above. For many years, I hid my questions about my identity in that location so that I could avoid the rejection that was realized when I lived the truth. When I came out, most of my former colleagues and “church family” simply disappeared from my life. Not knowing why (yet also knowing exactly why) is a heavy burden to bear.

It weighed heavily on me in the lead-up to the trip. In the end, my structured visit was full of connections and activities with people who love me exactly as I am—and very slim on interactions with people hostile to me.

An unexpected theme that seemed to emerge over the course of my visit (aside from the warmth of affirming friends) was the subtly expressed assumptions about my faith. It wasn’t overt. But more than once, I heard people refer to my disbelief in God, abandonment of Jesus, or disconnection with the Spirit.

Essentially, I heard quiet presuppositions that my transition was a choice between it and faith. I didn’t get the feeling that these indirect comments were nefarious. Instead, I believe they were rooted in a lack of awareness (a lack of visibility) or perhaps a lack of creativity.

Of course, many LGBTQ+ people leave their spiritual homes after coming out. For their entire lives they have been abused: subjected to conversion therapy, shamed, shunned, treated like second-class citizens, legislated against, scapegoated, and obsessed over. Why would they stay? Still others who may not identify as being traumatized by spirituality may simply walk away from faith or choose another expression, as many people do over the course of their lives.

But with that being said, there are many of us who wish with all our hearts that the church could be safe for our families and us. There are many of us, like me, who would have happily continued pastoring as her full self if only she had been celebrated in her transition.

So here’s the last bit of visibility in this post. I am transgender. I am a pastor. I believe God made me this way and called me into transition. I think God is as delighted by queer folks like me as much as She’s delighted by the 80-year-olds who serve soup to homeless people at church every week.

What’s more, because of my existence as a holy and beloved transgender woman, you can see facets of God that you might never have otherwise. Queer Christians are here. Queer Adventists are here. We always have been; we always will be. The question is whether our cisgender and straight siblings will see us. 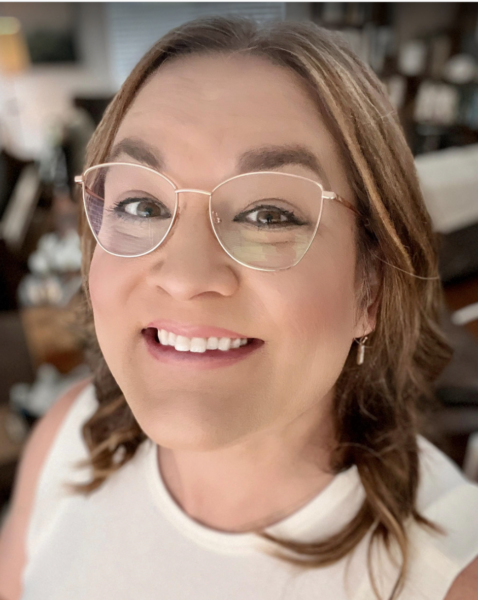 Esther Loewen (or “Elle,” as her friends call her) is a California transplant from Walla Walla, Washington. She lives to create inclusion, always making more room at the table of love. Elle spent 16 years in full-time pastoral ministry (including a decade at the Walla Walla University Church), publishing a book about keeping secrets, and earning a master’s degree in leadership from Fuller Theological Seminary. After transitioning to a transgender woman, Esther shifted career paths: she is currently a full-time student preparing to be a family therapist. She is married to Paige, her life partner of 17 years. They have two brilliant, creative, energetic, and empathetic children, Sawyer and Finley. Elle can be reached through twitter and instagram or via her website: www.estherloewen.com.