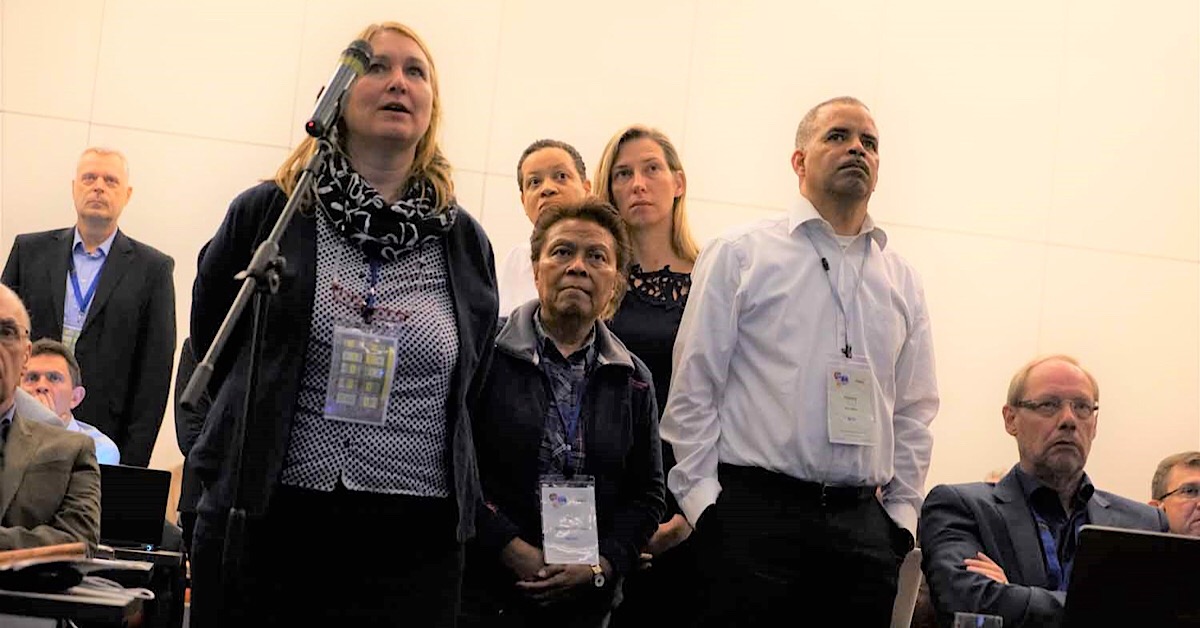 November 27, 2017:    The 2017 year-end meetings for the Trans-European Division of the Adventist Church were praised for their “gracious” approach to a document that has caused considerable controversy in the denomination worldwide.

“You have been very gracious in expressing your concerns on procedures used in processing the Reconciliation Document #2. You conducted your discussions in a cordial manner,” said Pastor Geoffrey Mbwana, a vice-president from the General Conference headquarters of the Adventist Church.

The document entitled Procedures for Reconciliation and Adherence in Church Governance: Phase II was originally introduced on October 9 at the GC Annual Council meetings.

At Annual Council, a majority of members of the Executive Committee of the denomination’s General Conference voted to send the document back to committee for further review.

The document had attempted to lay out the second phase of a reconciliation process set in place to ensure denominational unity. Various entities of the church are deemed to be out of compliance on various church policy issues such as the current policy which does not allow for the ordination of women as ministers.


In his comments at the TED year-end meetings, Mbwana thanked those in attendance for “upholding the Christian values even on this difficult situation we are trying to address as a church.”

At the 13-19 November meetings held in Bečići, Montenegro, lay-representatives on the TED Executive committee met together and recommended three motions in regards to the process of reconciliation being discussed by the denomination.

In essence, the motions made the following requests:

1) As English is not a first language for most delegates, documents requiring a vote at Annual Council or GC Session should be provided in advance. (Procedures for Reconciliation and Adherence in Church Governance: Phase II was handed out, exclusively in English, on the very afternoon it was to be voted upon.)

2) Any documents should be carefully and legally verified and should not be perceived as running contrary to the democratic process. (Multiple concerns were raised at Annual Council about the content of the document and the abrupt way in which it was introduced.)

3) Long term pauses for prayerful consultation and discussion are appropriate as the various entities of the world church work to achieve unity. It was stressed that said pauses should not be used for taking actions that potentially disrupt the discussions.

Michael Mbui, a pastoral representative from the British Union Conference said at the TED discussion of the reconciliation procedures that “as a church we need to be inclusive. We need to look for inclusive, not exclusive solutions to allow for all of us to play our part.”

Others emphasized the need for transparent, open discussion and a “pastoral, redemptive solution.”

Apart from discussion on unity and compliance, much emphasis was given to retention of membership and furthering the mission of the denomination in Europe.

Nurture and retention of existing membership was the focus of the first two days of meetings. Participants requested that these two themes be highlighted at all major TED events.

TED President, Pastor Raafat Kamal, asked union presidents reporting from various areas in the region to share a story of mission and hope in their presentations.

In his president’s report, Kamal discussed leadership and strategic challenges while proposing solutions focused on a positive way forward.

The above news story was adapted from a report originally run by tedNEWS, the official news service of the Adventist denomination in the Trans-European region of the church.