Toward a Redemptive Theology of Divorce 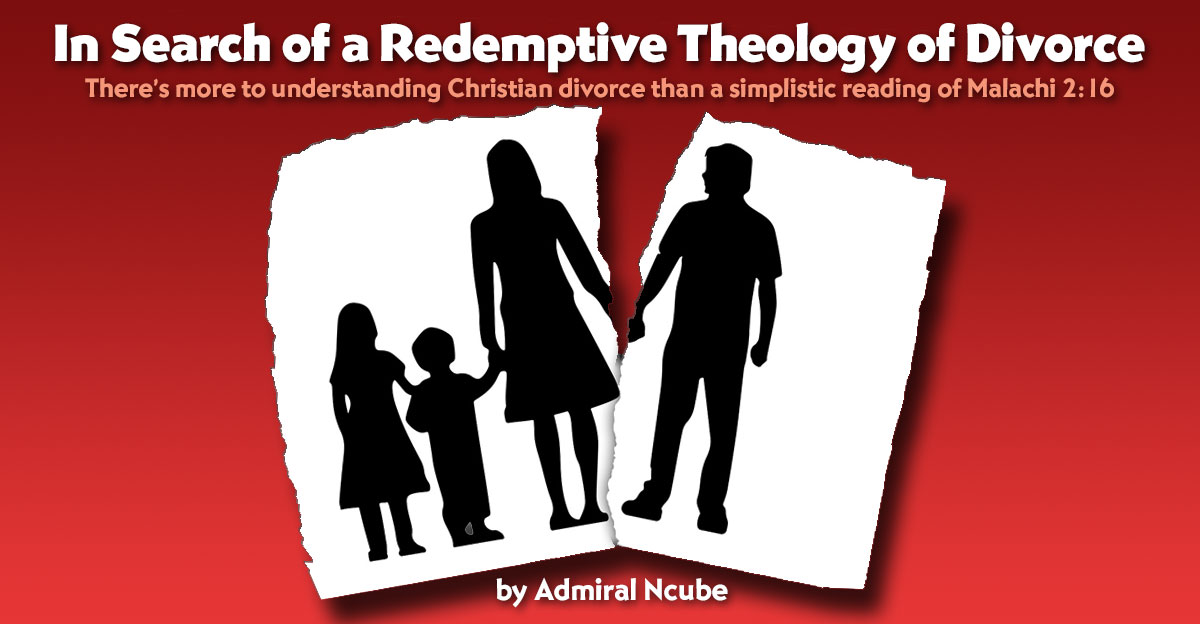 “The man who hates and divorces his wife,” says the Lord, the God of Israel, “does violence to the one he should protect,” says the Lord Almighty. So be on your guard, and do not be unfaithful. (Malachi 2:16 NIV)

Malachi 2:16 is often employed as a powerful prohibition against divorce. Under the domination of this text, married Christians can find themselves locked in abusive but indissoluble partnerships, where marriage can only be broken by death.

It is no secret that women are disproportionately pressured to stay in bad marriages in Christian families. Even amidst physical abuse and unfaithfulness, the phrase “God hates divorce” has been weaponized to hurt and control the victimized spouse. It is made to seem as if abusive marriages are nothing compared to the pain of God’s wrath that comes with divorce.

While the companionship of marriage ought to be celebrated, divorce—though not God’s desire for his children—is a reality in our sin-sick world. Yet we oversimplify divorce when we employ texts such as Malachi 2:16 in this way. Instead of calling for accountability, such texts perpetuate the very things that God does not desire: sexual, physical, financial, spiritual, and psychological abuse.

Let’s take another look at the subject of divorce in Malachi 2 and Matthew 19, and their implications for marriages today.

Passages on divorce in both the Old and New Testaments show that they are directed towards men (Luke 16:18; Matthew 5:31; 1 Corinthians 7:11; Matthew 19:3; Malachi 2:16; Jeremiah 3:8; Deuteronomy 24). Our starting point must be understanding why men are singled out as culprits when it comes to divorce in the Bible.

In both the Old and New Testament times, men wielded power over women, including permission to file for divorce. Moses made a provision for a man to issue a certificate of divorce to the woman (Deuteronomy 24:1-4), and in Ezra 9 the demand was made of men to divorce their foreign wives.

The culture of the day saw women objectified and treated as spoils of war, like a herd of goats or cows.

Because of this, a woman’s agency was very limited. She had no voice in who married her—that was the prerogative of her father. It was almost impossible for a woman to legally file for divorce, and with men wielding all the power, divorce was worse than death for a woman. She was “damaged goods”. A divorced woman could be forced into prostitution or reduced to begging.

Malachi 2:16 must be understood in a context where men wielded unbridled power to divorce, while women were hapless victims who had to contend with abuse, potential abandonment, or infidelity—and they couldn’t walk away from the home without grave consequences.

It is against this background that the Pharisees confront Jesus in Matthew 19, asking him to confirm that a man could simply divorce his wife for “any and every reason.” When Jesus contradicts their premise, they remind him of the provision by Moses in Deuteronomy 24:1-4 allowing men to issue a certificate of divorce. Because they want to preserve this privilege, they argue that this Mosaic provision justifies a liberal interpretation of divorce.

Jesus refuses to let them turn an exception into a rule. He reiterates that divorce was not God’s ideal, and they should not normalize it. He confronts and contradicts their desire to dissolve marriages for no valid reason by reminding them that infidelity is the only plausible reason for divorce.

In suggesting that even marrying a woman divorced for any other reason except adultery would constitute adultery itself, Jesus speaks on behalf of women unjustifiably abandoned and commodified. He calls men to a higher standard: divorce under these circumstances, he tells them, is unacceptable before God, such that even the divorced wife’s remarriage would not exonerate the man who divorced her. By unequivocally stating that even one who marries a woman unjustifiably divorced is guilty of adultery, Jesus was addressing this injustice from both sides.

The disciples find this answer difficult to accept. If one is not allowed to divorce a woman except for adultery, or prohibited to marry a divorced woman, “it is better not to marry,” they say. Even the disciples want to preserve the prerogative wantonly to divorce for no valid reason! To prove infidelity (fornication or adultery) is too heavy a burden. It would be better not to even bother getting married: celibacy was better than working for their marriages by being responsible and protecting women!

In brief, by saying that women divorced for no reason are not available for remarriage, Jesus is not diminishing the divorced woman, but demanding accountability on the part of men. He challenges not just their perception of marriage, but how they treated women.

Malachi 2:10-17 is a story of treachery. These post-exilic Jewish men are accused of an abomination: they have deliberately divorced their wives to marry foreign women.

Because divorce meant abandonment of the innocent but already vulnerable women, the rebuke here is to the men. This invites condemnation from Malachi. It is true that in Ezra 9 and 10 some had been asked to separate from foreign women. But in Malachi, God reminds them that He still hates divorce.

The circumstances here are different than in Ezra. Nothing could be more treacherous than abandoning your wife for no valid reason, to enter marriage with foreign women—an act which had already been condemned during the time of Ezra. Seen in context, Malachi 2:16 is a rebuke against religious men whose penchant for divorce the prophet sees as an act of treachery.

More importantly, God is standing up for the abandoned women when he expresses His hatred for the injustice and pain that comes with divorce. God did not say he disapproves of divorce to force women to endure abuse and unfaithful relationships, but to demand accountability from religious men for how they treat their wives.

So it is wrong to weaponize Malachi 2:16 in a way that robs men and women of the experience God’s ideal for humanity, which is a happy relationship characterized by kindness and long-term responsibility.

Some scholars contest our interpretation of Malachi 2:16.

A comparison of documents before the time of Christ shows that Malachi 2:16 was interpreted as an anti-treachery verse rather than anti-divorce verse. It isn’t until the King James Version that we start seeing a departure from that 2,000-year-old interpretation.

Further, scholars have argued that based on various translations, man and not God is the subject. This was adopted by the New International Version which says, “The man who hates and divorces his wife does violence to the one he should protect.”

Even without delving deeply into the controversy around translation and interpretation issues, the current use of this text is problematic. Understanding Malachi 2:16 requires much more nuance than simply saying “God hates divorce.”

Understood correctly, Malachi 2:16 frames God’s hatred of divorce as a matter of justice for women, not just an arbitrary demand that might lead to a lifetime of misery. Divorce is a consequence of a broken relationship, where trust has been lost.

If divorce by these Jewish men in Malachi 2 is an act of treachery against their wives, in our context where both parties can equally divorce, the condemnation shifts from divorce itself to the things that cause divorce. It would be shallow for us to obsess over divorce while ignoring the underlying causes, which makes it appear as if God’s hatred for divorce exceeds His love for us and His desire for our happiness.

In world where women can also legally file for divorce, God’s hatred for divorce should be seen as a call for accountability on the part of both parties, rather than a tool to perpetuate indifference towards abusive relationships. Nothing is more devilish than an abusive or unfaithful partner using Malachi 2:16 to condone his irresponsible behavior.

Because conditions under which divorce was taking place in Malachi’s time are different from ours, a responsive and responsible reading of the same text would see emphasis being placed on the behaviors that trigger divorce. Because divorce is often the last resort where a marriage has broken down, God’s hatred for divorce should be a motive to eschew the things that cause it in the first place.

While an increase in divorce rates is regrettable, far worse is the tacit justification of abuse and infidelity through a misreading of texts such as Malachi 2:16. God condemns those who “call evil good and good evil, who put darkness for light and light for darkness, who put bitter for sweet and sweet for bitter” (Isaiah 5:20).

That is to say: God’s hatred for divorce has nothing to do with His reputation or ego, but our happiness. Therefore we must preach more strongly against things which cause divorce than divorce itself. 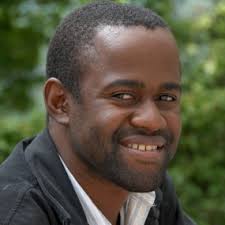