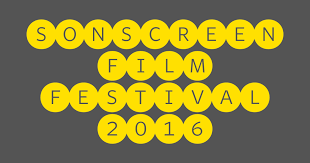 April 11, 2016:    Last week the annual awards for the best movies created by Adventist young adults were announced following the Sonscreen Film Festival. The top award as well as two other awards went to The Exquisite Outdoors, a drama produced by Grant Perdew, an international communications graduate of Walla Walla University (WWU). It won Best in Festival and Best Dramatic Short, and Best Cinematography went to Erik Edstrom for his work in shooting the movie. Edstrom is an industrial design graduate of WWU.

The Vision Award was given for the first time this year and it went to A Certain Kind of Light, a documentary about the pioneering work in spirituality and health of Dr. Wil Alexander, the noted faculty member in the School of Religion at Loma Linda University (LLU) and founder of the Center for Spiritual Life and Wholeness. It was produced by Dr. Carla Gober-Park who is also a faculty member at the LLU School of Religion. A short sample of the movie can be seen on YouTube and Vimeo on the Web.

Alexander, who is now 94 years of age, introduced the practice at Adventist hospitals of resident physicians and chaplains doing patient rounds together. The film includes discussions that bring together the medical perspective of physicians and the spiritual perspective of clergy, a unique contribution to health care by Adventists that has become widely popular in many countries around the globe, including some of the most secular societies.

The other awards included the Jury Selection, Sittin’ Pretty, a short drama produced by Sidney Tooley, a student at SAU; the Best Original Screenplay by Emily Mastrapa at SAU for Mary & Montgomery, a short drama; Best Sound Design by Chris Vance, Ben Josse and Zach Josse at Pacific Union College (PUC) for Link, a short drama; the Best Short Animated movie, Nameless, produced by Jason Dull at SAU; and the best film by a secondary student, The Bible Worker produced by Cory Shim at Spencerville Adventist Academy in the suburbs of Washington DC. In total, 35 movies were screened on the first weekend in April at a hotel near the Dulles International Airport in Virginia, near Washington DC. The Sonscreen Film Festival “provides the opportunity to celebrate the creativity and diversity that these young Christian filmmakers represent,” said Julio Munoz, the festival coordinator who is an employee of the communication department of the denomination’s North American Division (NAD).

The keynote speaker was Jeff Sheets, director of the Haycock Center for Creativity and Collaboration at Brigham Young University, the main educational institution of the Church of Jesus Christ of Latter-day Saints (LDS) in Utah. On Sabbath, Pastor Dan Jackson, president of the NAD, preached for the gathering. He encouraged the creative artists to “keep a balance in your mind, but don’t be afraid to push back the boundaries.” And, “by God’s grace do for the church and the community what is needed. Do not be afraid.”