This month a new Mel Gibson film, “Hacksaw Ridge” was released on movie screens. As reported here, the film tells the story of Seventh-day Adventist serviceman Desmond Doss, who in World War 2 refused to carry a firearm because of his beliefs. As a combat medic in the battle of Okinawa, Doss saved the lives of 75 people, ignoring his own wounds while carrying wounded soldiers from battlefield under fire. He was awarded the Congressional Medal of Honor by President Harry Truman.

Many Adventist media outlets have taken advantage of the publicity surrounding the film, even before it was released. With so few members of the church who are celebrities, we Adventists have rarely experienced so much positive attention. It comes as a pleasant surprise.

While we’re enjoying the euphoria, let me make three observations.

This film is not about us. In fact, few Seventh-day Adventist servicemen still serve as non-combatants like Doss did. Still, we have this in common with Desmond Doss: we object. To the extent that people know who we are at all, we seem to be best known for what we don’t do: we don’t eat certain things, we don’t dance, we don’t work on Friday night or Sabbath.

So we are like Desmond Doss to the extent we object to doing certain things. But there is little heroism in that. “Hacksaw Ridge” is a story of a man who became known not for what he didn’t do, but for what he did do, which was putting his own life in danger to save others. You and I may refuse to do many things, but we are not carrying wounded people from battlefield. So the film isn’t about us. It is only about one man who was courageous and sensitive to the voice of his conscience.

It is well-known that Mel Gibson belongs to a very conservative branch of the Catholic Church. In spite of that, he was able to see in a faithful Adventist medic a hero and a fellow Christian, one who so impressed him that he directed a movie about him.

How many films, or even just kind words, come from us about Roman Catholics?

Now, alongside the announcement of this movie on Adventist websites, people all over the world will be able to read our theories about the sinister plans of the Pope, Jesuit conspiracies, and so on.

It appears that Catholics can appreciate Seventh-day Adventists much more than the average Adventist does Roman Catholics. It doesn’t look very good on us, does it?

Early Christians were generally quite ordinary people. They had only one hero, and that was Jesus Christ. When important people, like the Roman Emperor, supported and joined them, it was the beginning of an unfortunate era in the history of Christianity, one Christians should look back upon with regret.

Celebrity members aren’t the key to church strength and growth. John Harvey Kellogg was well known to the political and Hollywood elite at one time, but it didn’t help the church very much. Nor did Ben Carson: his candidacy may have done us as much damage as it did good.

Yes, free PR is a nice thing. It’s good that people worldwide will know the name of the Seventh-day Adventist church because of this Hollywood movie. But it’s far more important what people will say about us after the film has faded from memory.

Our value isn’t established by a hero, a celebrity, or a movie, but by a church full of people of Christlike character. How much more effective than a Hollywood movie it would be if every neighbor, colleague or distant relative could say, “I know those people, those Seventh-day Adventists! They are sincere, kind and conscientious people! I want to be like them!”

I’m proud of Desmond Doss. But he can’t do for us what a lot of kind, gracious, and loving Seventh-day Adventists could do. 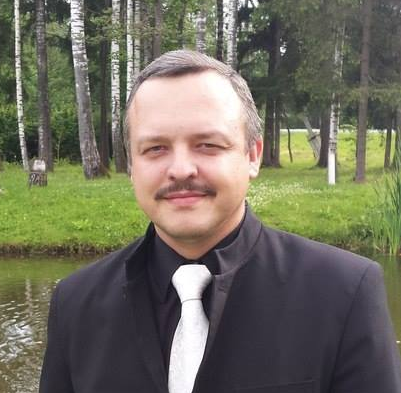 Eugene Gerasimov is the pastor of the Orsha and Baran Seventh-day Adventist congregations in the Vitebsk region of Belarus, a former Soviet country.