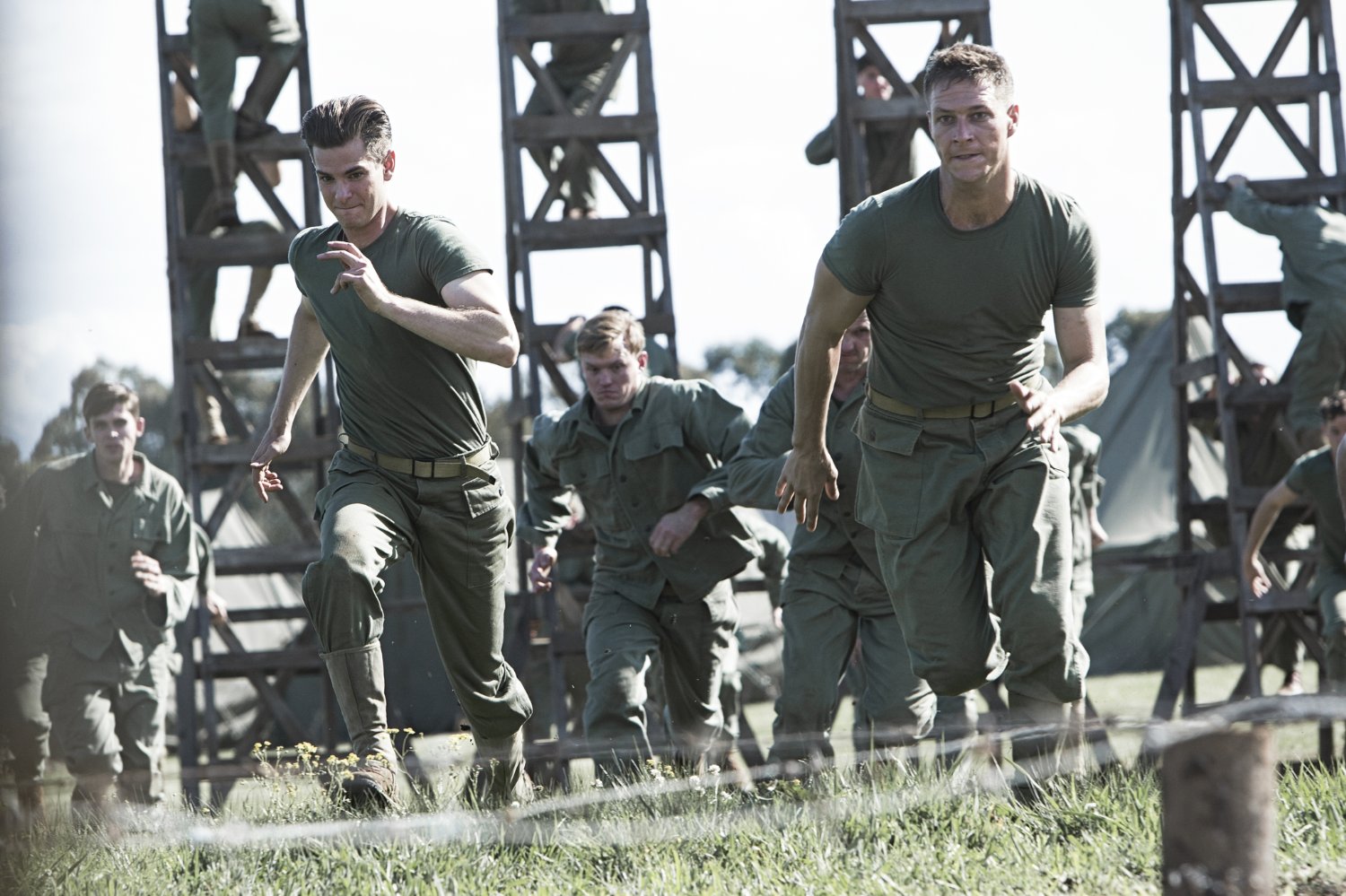 By Jiggs Gallagher, November 4, 2016:     They say there are two-hanky movies, and three-hanky movies. This one is a five-, six- or nine-hanky movie. Actually, just bring the box of Kleenex with you to the theater.

Mel Gibson, in his grand effort at rehabilitation in the Hollywood community as well as with the American public, has chosen a story that will resonate with Americans on the left, the right, and in between. “Hacksaw Ridge,” the story of Desmond Doss and his heroic feat of saving 75 severely wounded men on Okinawa, in what has been called the most brutal hand-to-hand combat of World War II, is certainly Oscar-bound, and should do the trick of rehabilitation for Gibson as well.

Most Adventists over 40 are familiar with the story of Desmond Doss, the young man from Appalachian Virginia who enlisted as a medic in World War II. But the American public is largely unaware of Doss’s story, and the Medal of Honor he received from U.S. President Harry Truman for his efforts (the first ever given to a conscientious objector).

The script was written in cooperation with a council set up by Doss and his family before his death in 2006, and there is clear evidence that his heirs would not grant Hollywood the right to his story without real fidelity to his God, his religion, his ethics, and his dedication to his Seventh-day Adventist Church. It definitely shows in the writing and the acting.

Much has been made of the violence in this film. Yes, there are two separate battle scenes, each about 10 to 12 minutes long (and they seem longer), but violence is a hallmark of Gibson’s filmmaking style (remember the scourging in “The Passion of the Christ”?). To say nothing of “Braveheart.” But, the violence is intercut, constantly, with Doss’s rescue efforts, which is the real focus of the story.

Doss (movingly portrayed by actor Andrew Garfield) speaks directly to God in prayer, at a crucial moment during the attack, saying, “I don’t know what You want me to do! Tell me what you want!” Then he steels himself to run directly into the oncoming Japanese fire.

The story’s structure tells a beautiful tale of a young man who experiences violence from his own father. He later sees his father beat his mother and that is too much for him. He grabs a gun and points it at the parent, who begs his son to kill him. Doss can’t do it, and he resolves at that moment never to use a weapon or engage in violence for the rest of his life.

There is an endearing love story of his courtship of future wife Dorothy (Teresa Palmer) in the early part of the movie. It’s a refreshingly old-fashioned sort of romance, and this alone will make viewers long for a simpler time and place.

We see an almost Christ-likeness to Doss’s experience. As a raw recruit, he is bullied and beaten by those in his unit who don’t understand his pacifism, and what they perceive to be his cowardice. Then, of course, these are the same men he saves in the heat of battle.

Vince Vaughn turns in a great performance at the unit’s sergeant. He teaches the men how to tie knots, and he ridicules Doss for making his loops too big. “We’re not trying to make a bra,” he says, holding up the contraption. Well, by the principles of “movie logic,” when that is introduced, we know we’ll see it again. When he is trying to lower the wounded me straight down a four- or five-story cliff, he sees rope lying next to him, and makes the bra knot, putting each leg of the man into it, and lowering the man laboriously down the cliff while under fire. Then back for another near-dead soldier. “God, just let me get one more,” he says over and over.

The film ends with documentary footage of the real Desmond Doss receiving his medal from the President, and later scenes and comments of him as an elderly man (he died at age 87).

I met Doss in the corridors of the General Conference in the late 1970s. He was in his late 50s then, remarkably humble and unprepossessing. He was a good conversationalist, but not someone you would mistake for being important, let alone a hero.

Several of the characters in the film apologize to Doss for having misjudged him earlier. I understood their feeling, having met the man myself.

The General Conference has distanced itself somewhat from the project, saying that the church neither endorses it nor has much comment one way or the other. However, Dan Weber, director of communications for the North American Division, was quoted in the New York Times earlier this week as saying he himself had seen the movie four times now, and he felt it was true to the real story. I believe many Adventists will risk leaving the angels at the door and enjoy this true life story of heroism.

Jiggs Gallagher is a senior editor for Adventist Today. The featured photo with this review is a publicity out-take from the movie.