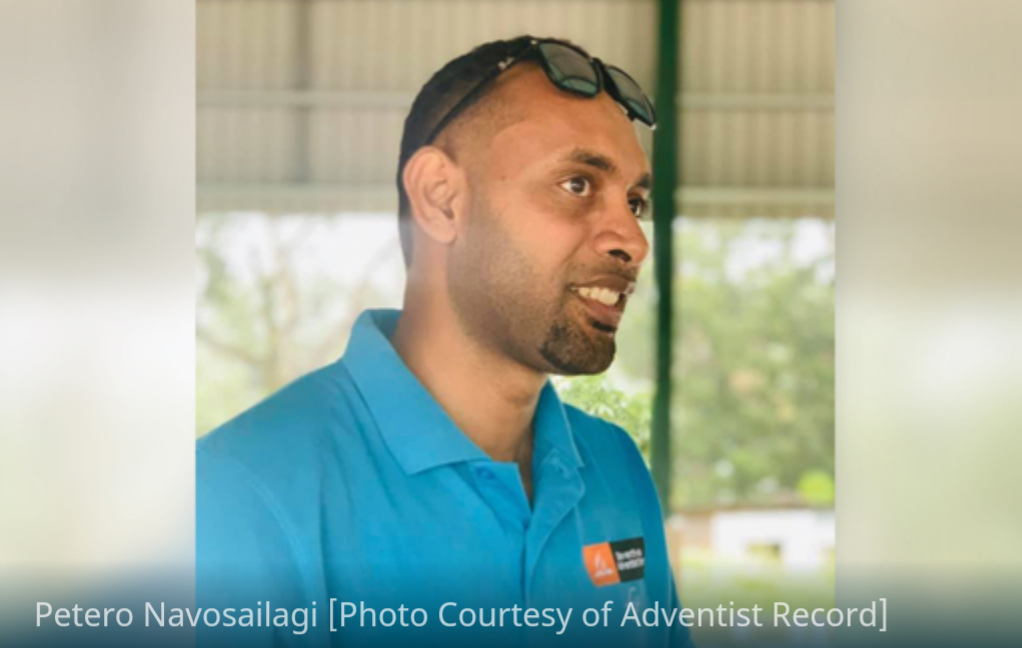 From ANN – 8 October 2020 | Hundreds of people from all over Fiji filled the Girmit Centre in Lautoka on September 24 to celebrate the life of a young man who was known throughout the Pacific for his ready smile and passion for digital evangelism.

Navosailagi, originally from Lautoka, had worked and lived at the Trans-Pacific Union Mission (TPUM) office in Suva for the past five years as the Union’s communication officer. He was a technician, photographer, designer, and communications officer, and helped roll out the Adventist branding and identity for TPUM.

As well as his work at TPUM, Navosailagi was heavily involved in his home church in Waiyavi, Lautoka, and the Pacific Tertiary Evangelistic Centre (PTEC) in Suva, as well as being an adviser to the youth department of the Fiji Mission.

According to the Fiji Mission of the Seventh-day Adventist Church Youth Ministry Facebook page, “Pete was incredibly talented and instrumental to the department and most importantly, the church in Fiji, the region, and beyond. Pete has left us with such fond and wonderful memories, one of which is his zeal and passion in the mission of saving souls for Jesus.”

A testament to the work he had done helping other countries throughout TPUM improve their digital outreach, more than 800 people were watching the service online, from places such as the Solomon Islands, Vanuatu, and Tonga. The service included singing from a number of church groups and tributes, while TPUM president Pastor Maveni Kaufononga preached.

Colleagues paid tribute to Navosailagi’s eagerness to learn and share, his willingness to help, and his passion for sharing the gospel.

Pastor Kaufononga described him as “a committed Christian and a vibrant young person.”

Navosailagi’s impact upon many lives was marked by a packed funeral service in Lautoka and again a packed memorial service at his local church in Suva.

“He was passionate about digital discipleship,” Kaufononga says. “He had started to train young people in using media for evangelism [across the Pacific], and has set a platform to be used in this area. His work as a graphic designer left his fingerprints all around the Pacific with church signboards, uniforms, banners, business card designs, etc.”

The pastor continues, “Peter’s last testimony to the Pathfinder leaders on his last Sabbath was, ‘The church family is my family.’ He was sure that his church family was his family forever. We look forward to being reunited when Jesus returns to claim his own.”

Navosailagi is survived by his mother, Adi Ateca Vokili, and five siblings.

You can read the original story here.