Why Snopes.com Was Wrong About Vegetarian Life Expectancy

The motivation for this piece was Adventist Today’s news story about the fact-checking site Snopes.com’s casting doubt on the idea that vegetarians live longer than meat eaters.

Most of us do not think several times each day about quarks, neutron stars or acetylcholine esterase. Yet when it comes to diet we are all partakers, and must make daily decisions. Diets and their constituents are so varied that scientific research about their effects on health is usually very complicated, with many traps for young players. Perhaps because of the widespread interest in these questions it is unfortunately true that many MD and PhD authors have taken the opportunity to populate bookstore shelves with apparently authoritative books on the topic. With few exceptions, these authors will not have conducted and published peer-reviewed research on the questions about which they write.

The Snopes.com piece quoted from an EPIC-Oxford Study that includes many vegetarians. It is the second largest study of vegetarian diets and health ever conducted, somewhat smaller than the Loma Linda AHS-2 study. The other study quoted was a very large study from Australia, that did not target vegetarians, but the authors had found by chance that the study contained some self-reported vegetarians (0.6% of study participants), and separated them out for study. The results of that study did not show any mortality advantage for the vegetarians, although a relatively small effect could not be excluded.

How about a February love gift for Adventist Today?

So what are the issues here? Neither of these studies, for different reasons, detract from the extensive and well-supported results that we have published from American Adventists. I am very well acquainted with the Oxford Study, having published jointly with these authors, and also having spent some time at Oxford working with them. In fact they do find benefits, particularly for cardiovascular disease when comparing their United Kingdom (UK) vegetarians to UK non-vegetarians. They also confirm lower blood pressures, much lower body mass indices, and lower blood lipids among the vegetarians. However, a critical point is that comparing their work to the United States Adventist work is at least comparing limes to oranges, if not apples to oranges. The British vegetarian diet is quite different to the diets reported by vegetarian subjects in AHS-2. Some examples: a) The AHS-2 cohort reports a 48% higher consumption of fruits and 133% higher consumption of vegetables (converting servings to gram weights); b)  Dietary fiber intake was 60% higher in AHS-2 vegetarians, and intakes of vitamins B12, C, D, folate, were distinctly higher in AHS-2; c) The UK vegetarians (excepting the relatively few vegans) was relatively similar to that of the general UK population in the consumption of tea, sauces, cakes, butter, and margarine (although they differed by meats, fruit, vegetables of course). In addition, the reported intakes of fruits and vegetables among the UK vegetarians is only about half that of non-vegetarians at other study sites (Spain, Greece) of the multi-centric European EPIC study. So British vegetarians are different.

Turning to the Australian Study, it was in general a very small and inadequate study as far as studying vegetarians, and could say little about the question of vegetarians’ mortality in general. Although in total a large study, to claim this as support when the focus of this sub-study was on only 1523 vegetarians with 80 deaths, is to distort its impact. By comparison AHS-2 has more than 35,000 vegetarians (excluding pesco- and semi-vegetarians), and among these more than 4,000 deaths so far. Further, the Australian vegetarians were not well-characterized, and we have no idea what else they ate, even if meat was largely excluded. Dairy was not included in the definition of the diets. Although not stated there were possibly a proportion who were vegetarian Indians (Hindu) whose diet is very different again, and with unclear health consequences. We do not know how long the vegetarians had been vegetarian, and it is well-known that many try these diets for a short time, then lapse.  So, this is not a report that can be in any way compared to the much larger, well-characterized largely long-term vegetarian subjects of AHS-2.

Finally it is here, and often elsewhere, claimed that the positive results in Adventist vegetarians are possibly due to other healthy non-dietary choices that they make. Indeed Adventists do often make good choices in matters aside from diet, but this is a spurious argument because of the study design. Recall that we are comparing Adventist vegetarians to Adventist non-vegetarians. So other aspects of Adventism (physical activity, higher education, non-smoking, none to rare alcohol consumption, psychosocial factors, religiosity factors) are all similarly represented among both groups being compared. Various analyses nevertheless adjust for most of these and many other factors that may differ in minor ways between Adventist vegetarians and non-vegetarians, and the vegetarian effect still persists. It would only be if we were comparing vegetarian Adventists to non-Adventists that the confusing effects of many other cultural and behavioral differences aside from diet would need to be strongly considered.

Having said all this, it should also be acknowledged that the reported all-cause mortality advantage of the vegetarian compared to the non-vegetarian Adventists is not large at around  12% (greater in men than women). Many deaths in Adventists occur at ripe old ages (over 85 years). Yet it appears that dietary and other lifestyle choices have their main impact during middle-ages (40-60 years). These premature deaths that are prevented are of great importance in terms of total years of life saved, but they do represent only a modest proportion of all deaths because they relate to deaths at younger ages that are of course numerically much lower. The lower rates of cardiovascular disease events, colorectal, prostate (vegan advantage only), the total of all cancers, also hypertension, diabetes, and obesity among Adventist vegetarians as compared to Adventist non-vegetarians, are undisputed. These no doubt substantially improve the quality of life even in elderly vegetarians.

One reasonable point that Snopes.com could have made is to point out the inadequacy of defining a diet simply by the absence of meats (and possibly eggs and dairy). We need to better define a “healthy vegetarian diet” along the lines of that consumed by most (although not all) U.S. vegetarian Adventists. Our results probably do not apply to all vegetarians world-wide. Those American Adventists who are presently vegetarians should continue to enjoy the undeniable health advantages and the extensions of life expectancy to which these diets contribute. Other Adventists should aspire to the same. We have good evidence that as Adventists get older they do tend to become more vegetarian, but it is also relevant that the greatest benefits of such diets accrue before old age. Earlier transitions are best of all! 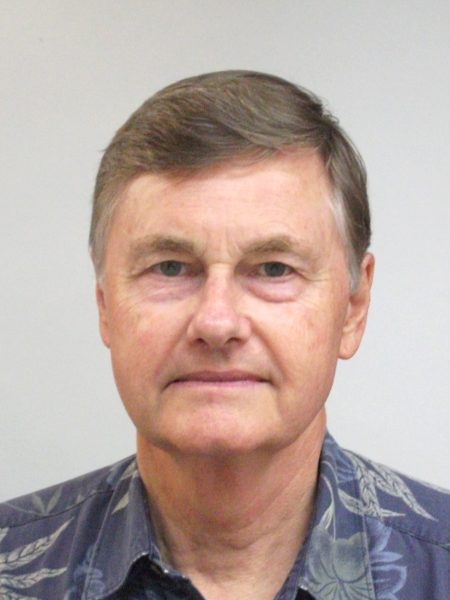 Gary Fraser was born and raised in New Zealand, and received his doctoral degrees there. At Loma Linda for the last 41 years he has worked as a cardiologist, and as the director of Adventist Health Studies since 1987.

Adventist Community Services Responds to Shooting Tragedy at Florida High School When the Spirit Leads: The Answers We Never Heard