Not So Lucky for the Rabbit

God must be a Kansas City Chiefs fan—which will surely disappoint my San Francisco 49ers fan wife. Just listen to how many players give God the credit for touchdowns and games won on miraculous plays. Athletes receiving on-field glory clearly want to give the credit to someone else when they do their post-game televised interviews—even going so far as to say God brought them to a specific team or city at just the right time.

This way of thinking is found among us ordinary people, too, where giving God credit for finding a home, getting a good job, even doing well financially, is something that God has done for us, outside of our control, and about which we are truly humble. When we give him the credit, it’s perceived as spiritual.

Many hold this kind of faith, and like a rabbit’s foot, they slip it in their pockets and go out into the world expecting good stuff to happen because as believers we are favored, blessed. Or, in my favorite version of this twisted theology, that God has been faithful to those who’ve been faithful to him.

Two families apply for a rental, and the family that succeeds gives God the credit for “blessing them with a place meant for them.” The other applicant, a single mom, has to live in her car with her kids, clutching to what’s left of faith and wondering why God passed over them as temperatures drop and she’s left in the spiritual cold.

The car a family happened upon that was such a great deal, Praise God he’s kept his promises to look out for his children! The person who had to sell it didn’t have health insurance and had crushing bills to pay.

“Praise God for my doctor, who saved my life with a successful quadruple bypass surgery,” while a Laotian rice farmer dies from skin cancer because in the village he lives in there was no one who could diagnose it, so he now leaves five kids behind.

Giving God credit for things has an insidious underbelly, doesn’t it? This cognitive dissonance is common in developed Christian nations, even expressed in ideas like nationalism. It’s also common, though, to other, less privileged countries—where it grossly fails, and fails miserably.

But often we only have to look to our next-door neighbor to see its failings.

I’ve had a bit of success in my life. I was born in the USA (queue Bruce Springsteen), from humble economic beginnings, even paying for my own schooling with the help of government loans.

But I’ve also cultivated critical thinking and diligently sought to understand before forming opinions. I recoil when others say God has blessed me, because, really, I’m no better than anyone else, even on my best days. Why would a fair and loving God bless me more than others? My station in life certainly isn’t because I’m more faithful than others. My success isn’t because I carried my faith around in my pocket, and thus God was good to me.

I can say, though, that I am where I am because of the goodness and kindness of others. Also, some luck: I just happen to have been in the right places at the right time. Yes, I worked hard, kept my word, did what I could, but I can’t take credit for that, and I can’t give God credit for that either. The reality is, there are people in Somalia or Laos, given the same conditions I’ve lived in, who would have achieved the success I have.

To go a step farther: for me to say that God has blessed me turns my stomach sour, and to hear others say something like, “Well, God has given you much, Fred, because He can trust you with wealth” doesn’t fly with me either.

Some of the most evil people I’ve met have tons of money. One of them is part owner of a sex resort in Southeast Asia. It has 200 to 300 kids for the 8 wealthy perverts who indulge themselves at the terrible cost of young souls. How about an orphanage instead? In this busted up, sin-fissured world we live in, the rain falls on the just and unjust, the sun shines on the evil people as much as it shines on the good ones (Matt. 5:45).

I can carry my faith with me wherever I go, but I can’t take credit for anything I have. It just is what it is, and the sun shines on me and the resort owner, equally. To say more than that reveals so many theological issues that only white privilege can ignore it. It repulses me.

Last weekend, I took my 8-year-old grandson to the largest flea market in Boise. We spent two hours weaving through all the different items for sale. The bright blue, purple, and red luck-bearing objects caught his eye, as did the vendor’s encouragement: “You’ll be all sorts of lucky if you buy one of those rabbit’s feet—that’s what they are for. Good things will happen to you.”

It wasn’t very lucky for the rabbit, I thought to myself.

In our privileged world, it’s time to take our imperfect, superstitious-like faith from our pockets, let our beliefs about being good, kind and loving get into our hearts, let the rabbit go feet intact, and do what we can to make this world a better place.

If you do that, your neighbor will feel pretty lucky to know you. 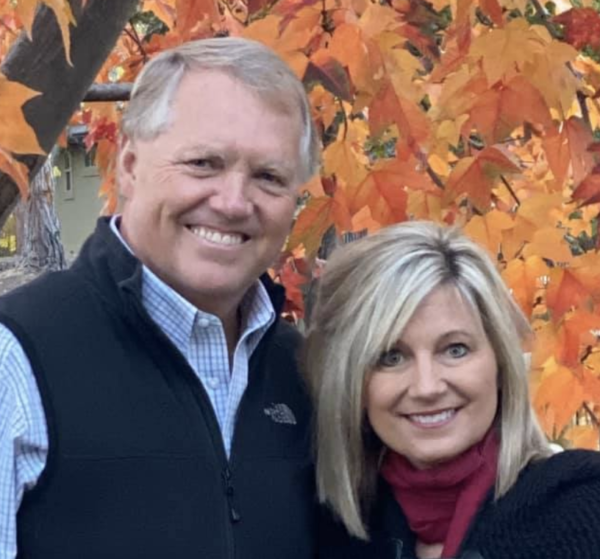 Fred Cornforth resides in Boise, Idaho, with his wife, Jill, and is founder and CEO of CDI, a nation-wide multifamily apartment community developer. He is the author of several books, a former pastor and active member of the Cloverdale Adventist church in Boise. They have four young adult children.