In many Adventist spaces Ellen White’s books are referred to as “the Spirit of Prophecy,” as though her writings are a simple and all-encompassing rulebook and commentary; however, members can greatly benefit from studying the letters of advice she gave regarding real-life situations.

One of the most fascinating examples has to do with the love life of a man named Walter Harper. In the spirit of Aunt Sevvy, Ellen White wrote advice, encouragement, and rebuke to Walter Harper and the women who crossed his romantic path.

The story begins in January 1888 with a journal entry from Ellen White, after she’d stopped by to see colporteur Walter Harper and his wife Laura in St. Helena, California.[1] Ellen White was so worried about the Harpers’ marriage that seven days later she wrote in earnest to Brother and Sister Knight, requesting that they speak to Laura and convince her not to divorce her husband.

According to the Ellen White Estate in Testimonies on Sexual Behavior, Adultery, and Divorce, Laura wanted to divorce Walter because he had castrated himself following a literal interpretation of Matthew 19:12.[2] Walter declared that Laura knew this before her intentions to marry him, but when word got around to the church members in Oakland, a group of members convinced her that she needed to leave him.

In five different letters to Laura, Ellen White tried to convince Laura to stay with Walter. Divorce, according to Ellen White, was warranted in cases of abuse, not foolishness. Ellen White here describes abuse to Laura:

There are such terrible revelations made to me from men and women, bound by marriage ties, of the defilement of the marriage bed, the abuse of the marriage privileges, that the woman yields her body to administer to beastly passions that are destroying physical, moral & religious health. The untold misery that women suffer through the uncontrolled passions of sensual minds and hearts, debase both the husband & wife beneath the level of the brute creation, and yet all is done under the garb of Christianity.[3]

Ellen White explained that sexual abuse, where a woman’s body is neither considered nor respected, is grounds for divorce. Walter, although senselessly castrated, was not that sort of monster.

Although Ellen White continued to write to Laura, Laura did not follow her counsel to remain married. In the last letter, Ellen White requested that Laura do one last interview with her father and husband, and pleaded with her to stay in relationship with Christ no matter what she decided.[4]

While Ellen White was pleading with Laura, she was also ministering to Walter’s broken heart. In her August 1888 letter to Walter, Ellen White explained to Walter that the best thing he could do was to leave Laura to her own decision. Ellen White told Walter to take rest in Jesus, to continue to work as a canvasser, and to not become self-centered from the hurt caused by the failed marriage.[5]

Seven years later, Ellen White wrote to Walter’s new mother-in-law, who was in a panic over her daughter’s new husband. In 1895, Walter Harper (aged 40/41) had married Florence Ketring (aged 25).

Ellen White wrote Florence’s mother, hoping to convince her that Walter had “a right to the affection of a woman….”[6] If a woman understood his condition, and he was not at fault for his past divorce, Walter should be able to remarry. Ellen White encouraged Sister Ketring that this new marriage had the possibility of bringing both Florence and Walter closer to Christ.

In her earlier letter to Brother and Sister Knight, Ellen White had described what became of many families during that time. While a husband tried to satisfy his sexual drive, the wife was overburdened with children and died young. If she stayed alive, she was so exhausted by her overgrown family that she was not able to provide the necessary love and support to her children.[7]

In this situation, said Ellen White, Florence had the joy of accompanying her husband, or working for the Lord when she stayed at home “as if she was unmarried.”[8] Walter’s inability to have children, said Ellen White, released a serious burden from Florence and allowed her to pursue ministry freely.

While Ellen White wrote hopefully about the marriage, animosity and marital problems were evident. Walter wasn’t a good money manager. Ellen White optimistically described to Sister Ketring Walter’s issues with budgeting money, and his caution about giving his new family money, as carefulness.

Ellen White knew of Walter’s financial situation well: she had asked Walter for donations for different Adventist projects, particularly the campaign to fund African-American pastors in the South, requests to which he had gladly agreed.

By 1903, the Harpers’ marital problems led Ellen White to write a harsh letter to Walter. After another reading of the letter, Ellen White wrote Walter a softer letter to send.[9]

At the time, Walter had taken Florence far from her family. While Walter’s new mother-in-law may have been rather too tightly bound to her daughter, Ellen White also admitted that Walter’s wife had a duty to care for her mother that needed to be considered. Ellen White asked for Walter to provide a good home for his wife: while Walter was an amazing colporteur for the Adventist movement, he had forgotten his first interests were to her. He had left her in unsafe areas, far from family, and without a space to call her own.

As money and the animosity between family members continued to be significant problems for the couple for the next four years, Ellen White finally concluded that Walter himself was the issue, treating his wife as “a child,” “a pupil,” and even “a bondslave,” as if her wishes and plans did not matter.[10]

Ellen White openly rebuked Walter: “What do you suppose your wife married you for? – To be trained by you, and dictated to, and compelled to obey your wishes?”[11] Ellen White asserted that Florence had a right to make her own judgment calls, care for her family, and ask for financial support from her husband, and that she could counter Walter’s plans if she thought them not in harmony with God’s will.

In 1904, Florence left Walter to spend time with her mother and take care of her grandfather. When Walter sent a letter pleading with Ellen White to ask his second wife to return, Ellen White refused to honor his request until she saw spiritual change. Knowing Walter’s propensity to call Florence crazy for leaving him, she sternly warned Walter, “Never, never leave on her mind the slightest impression that she is in any way inclined to insanity. If she be, it is you who are responsible.”[12]

While Ellen White rebuked Walter, she sent letters of love and sympathy to Florence. Ellen White encouraged Florence that her duty was to go and care for her mother, and leaving was not breaking the covenant of marriage. In her final letter to Florence, she advised her to not return to Walter since the marriage would be the same unhappiness as it was in the past, and she offered Florence a job working in the sanitarium after she finished caring for her mother.[13]

A lesson in stupidity and pride

There are many lessons to be gleaned from these two stories, but one is that to Ellen White there was a difference between stupidity and pride.

Stupidity was castrating oneself because of a misinterpretation of Scripture. Pride was selfishly engaging in sexual intercourse without concern for the spouse’s or children’s wellbeing.

Stupidity was mismanaging money. Pride was purposefully withholding money from your spouse.

Stupidity was allowing a church’s opinion of your spouse to control your view of them. Pride was controlling your spouse’s opinions so that they could not do anything without your consent.

While stupidity may be forgivable, it was pride that led to the demise of Walter Harper’s marriages.

We often use Ellen White’s writings as a pulled quote from a book. Yet here, in a real-life situation, we see Ellen White was realistic as to the question of whether a spouse should stay or leave their marriage. This would suggest that the next time a problem has you running to your Spirit of Prophecy collection to find a quote, take the time to comb through her advice in the real-life scenarios she faced as a pastor and counselor for the Adventist movement. 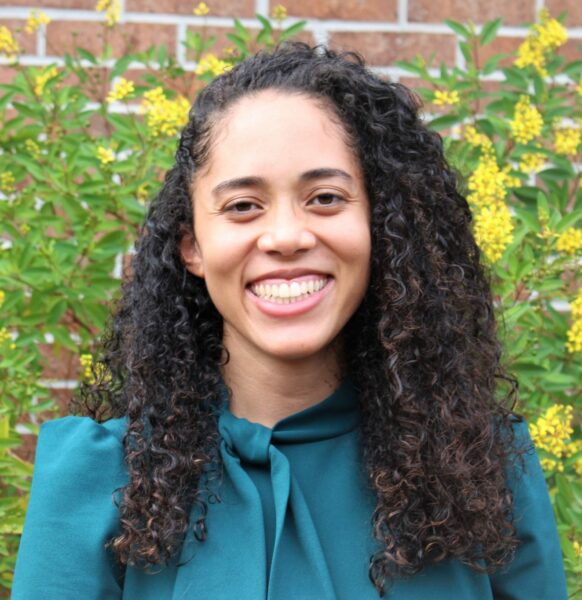 Amalia Goulbourne is currently pursuing her Master of Divinity degree at Andrews University. Originally from Southern California, she is an Oakwood alumna and pastored in Florida Conference as an associate pastor. She thanks Pastor Daniel Golovenko, associate pastor at Ethan Temple Church, who helped her curate her sources for this piece.

Don’t Do That! It’s Sabbath!