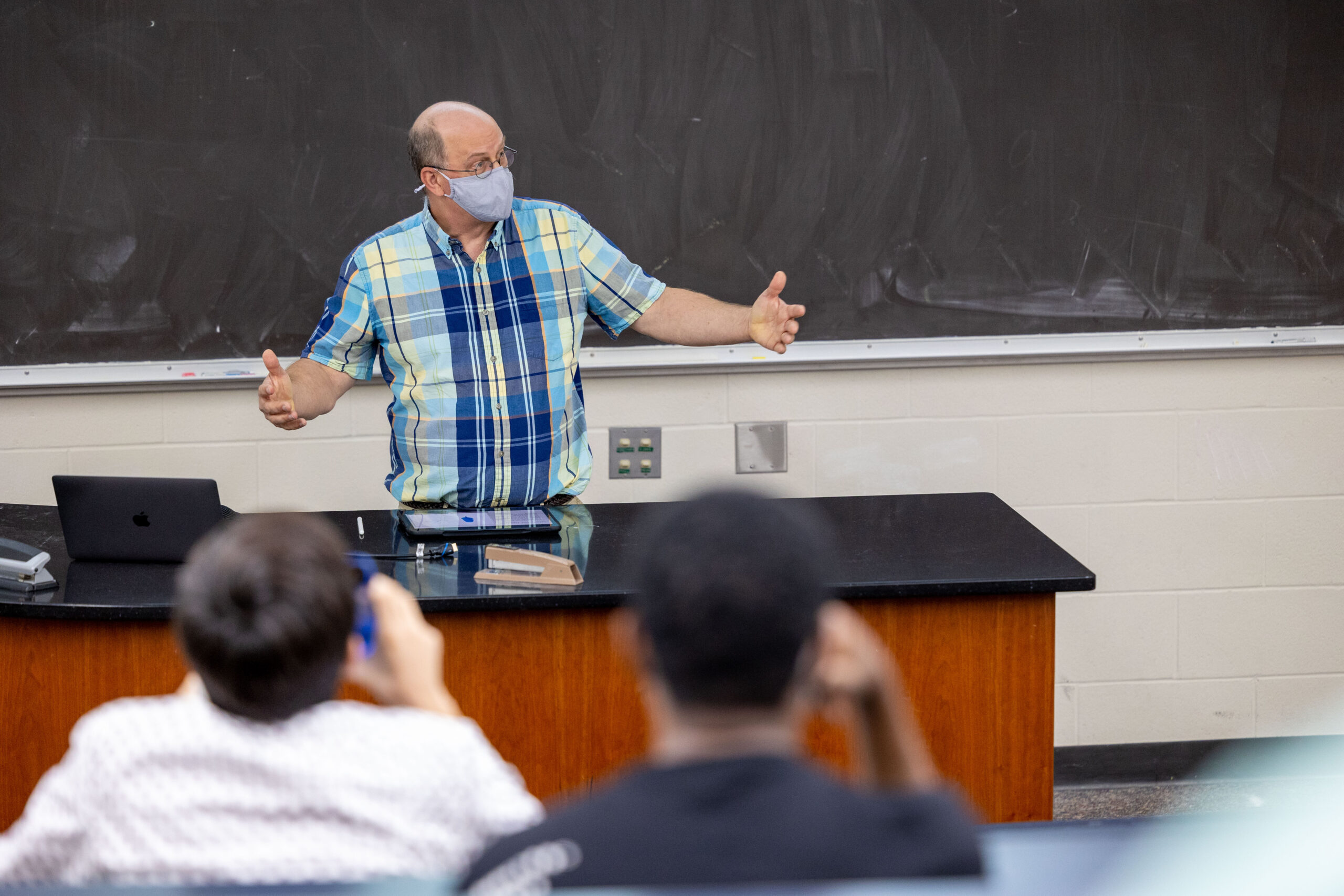 26 October 2021 | From a North American Division Press Release: Jay Johnson, Ph.D., professor of engineering, was recently awarded the Shen Kuo Award for Interdisciplinary Achievements from the International Association of Geomagnetism and Aeronomy (IAGA). Scientists within the IAGA study the magnetic and electrical properties of planets. The organization focuses on both geomagnetism, the study of the magnetic field of earth, and aeronomy, the science of the upper atmosphere.

Johnson said, “I am delighted and honored to have been selected for this prestigious award. I am particularly grateful to my mentors at MIT (Tom Chang) and Princeton (Frank Cheng) who encouraged me to explore new ideas and for their extraordinary example of impacting multiple areas of research in their own way.”

His research stems from the modification of a calculation performed during his time as a post-doctorate at Princeton University. The computation centered on “single particle trajectories of an ion in an Alfven wave.” More than 20 years later, his findings have become foundational for studies relating to the acceleration and heating of ions in the auroral region, magnetosheath and solar wind.

He was appreciative of his collaborative work with others that helped develop further research based on his initial findings. Collectively, their work has covered everything from compressions in solar wind to modeling waves in space plasma, electron acceleration, gyrokinetic models and more. The various findings have important implications for both current space missions and existing space systems.

In the future, Johnson and his colleagues will continue investigating the dynamics of solar/stellar cycles, including running and analyzing global simulations on Saturn. They have received collaborative funding for further research on the ionosphere, magnetosphere, radiation belts and electron energization.

The Shen Kuo medal is awarded every two years, recognizing individuals whose work broadly impacts multiple areas of research, including the fields of geomagnetism, ionosphere, magnetosphere, solar, solar wind and planetary sciences. It is named after a Chinese mathematician, physicist, engineer and poet who lived during the 11th century, remarkable for his interdisciplinary contributions to various fields of knowledge. Nominees for the award must be internationally recognized scientists active in multiple fields of research, supported by scientific bodies outside of the IAGA. Nominations are reviewed by an executive committee. Past winners include Catherine Johnson (2019), Jeffrey Forbes (2017), Daniel Baker (2015) and Jean-Luis Mouel (2015).

“Dr. [Jay] Johnson is a great scholar and teacher. As he always strives to be the best in his research, he always works to improve his lecture and classroom experiences,” said Hyun Kwon, Ph.D., chair of the school of engineering. “Despite his stellar research and reputation, he is humble and friendly in person. We are so glad to have him as a colleague, a teacher, a neighbor, and a friend.”

Founded in 1874, Andrews University is a flagship institution of higher education for the Seventh-day Adventist Church and offers more than 160 areas of study, including advanced degrees. Its main campus is in Berrien Springs, Michigan, but the university also provides instruction at colleges and universities in more than 25 countries around the world.

This article was edited by AToday staff.