Adventist Today doesn’t endorse or refute Mr. McHarg’s point of view which differs from our traditional interpretation. We do, however, support an open marketplace of ideas.

A sympathetic observer appeals to the Seventh-day Adventist Church to be true to their Protestant heritage, and ground the understanding of the millennium in the Bible alone.

Varied views on the vexed subject of the millennium have existed since the early days of the Christian church. From time to time intense millennial interest has fevered the imagination of large numbers of sincere believers. The early half of the nineteenth century (when the Seventh-day Adventist view emerged) was just such a time. Today most churches regard the millennium as a less important area of belief and allow a variety of views. Not so the Seventh-day Adventist church, which regards its unique understanding of the millennium to be so clear and important as to include it as one of it’s fundamental beliefs. Is such confidence justified?

This article suggests that theSeventh-day Adventist understanding of Revelation 20 is at significant odds with the clear teaching of the rest of the Bible.(1) All forms of premillennialism are based on just one much debated passage. Put this passage aside  and we discover that there is not a single verse in the Old or the New Testaments that clearly supports this idea.(2)

FIVE REASONS WHY THE SEVENTH-DAY ADVENTIST POSITION IS FATALLY FLAWED.

The synoptic gospels in Matthew 24, Mark 13 and Luke 19 record Jesus’ Olivet discourse about last day events. One searches these chapters in vain for even a hint that his return will be followed by a 1000 year reign. For Jesus the culmination of salvation history is the day of his own return.

“For the Son of Man is going to come with his angels in the glory of his Father and then he will repay each person for what he has done” Matt.16:27. (All scriptural quotations are from the ESV unless otherwise indicated)

“When the Son of Man comes…before him will be gathered all the nations, and he will separate people one from another.” Matt.25:31-46.

“The harvest is the end of the age… his angels… will gather out of his kingdom all …lawbreakers, and throw them into the fiery furnace…Then the righteous will shine like the sun in the kingdom of their father.”  Matt.13:24-30, 36-43

Jesus said that the day of his return will bring the resurrection of ALL the dead.

Paul was a brilliant scholar gifted with an abundance of prophetic insight into the meaning and sequence of eschatological events. Yet Paul has not a thing to say about a post second coming millennial reign. For Paul, as for Jesus, history will meet its grand climax at Jesus’ return. He warned the Areopagus that God “…has fixed a day (not two) on which he will he will judge the world…” (Acts 17:31)

When will this day take place?

“…do not pronounce judgment before the time, before the Lord comes …then each one will receive his commendation from God.” 1 Cor. 4:5 This day will be one of final destruction for unbelievers who “… will suffer the punishment of eternal destruction…when he comes on that day to be glorified in his saints…” 2 Thess.1:7-10.

“For the creation waits with eager longing for the revealing of the sons of God” Why? Because then “…the creation will be set free from its bondage to corruption and obtain the freedom of the glory of the children of God”. This point devastates the Adventist scenario of a planet lying in chaos for 1000 years after Christ’s return!

Revelation is composed of a series of visions climaxing in the end times. It would be surprising if these visions did not include some mention of a post second coming reign if that were indeed the meaning of the twentieth chapter. Putting aside the disputed twentieth chapter a search of these visions fails to provide such evidence and reinforces the position of a grand finale at the second coming. Consider the following:

Rev 11:15-18 under the seventh trumpet two audible messages sound forth. First loud voices in heaven declare “The kingdom of the world has become the kingdom of our Lord and of his Christ, and he shall reign(not for 1000 years, but) forever and ever.” THE SECOND COMING BRINGS THE ETERNAL KINGDOM! Immediately following this declaration the elders’ song recounts the events preceding this eternal reign.

“We give thanks to you, Lord God Almighty,
who is and who was,
for you have taken your great power
and begun to reign.
The nations raged, but your wrath came,
and the time for the dead to be judged,
and for rewarding your servants, the
prophets and saints,
and those who fear your name,
both small and great,
and for destroying the destroyers of the earth.”

Is the marriage of the Lamb at the second coming or 1000 years later?

Compare Rev.19:6-9 with Rev.21:2,9  In the early verses of chapter 19, the marriage of the Lamb is announced, “Let us rejoice and exult and give him the glory, for the marriage of the lamb has come, and his bride has made herself ready” Rev.19:7 Then follows the description of the conquering Christ going forth to rescue his bride and destroy those who are about to attack her. The marriage of the Lamb takes place on the day of his victory when he is united with his people. Yet in the 21st chapter according to the Seventh-day Adventist understanding it is said to take place 1000 years later! How could it be both?

When will God dwell with His people?

After the description of the holy city descending to the earth at the end of the millennium we hear the words, “Behold the dwelling place of God is with man. He will dwell with them, and they will be his people…”Rev.21:3 This is inexplicable if the saints have already been dwelling with him for the past 1000 years!

Still another problem is that of “those who pierced him” being present to witness his coming. “Behold, he is coming with the clouds, and every eye will see him, even those who pierced him…” Rev. 1:7 For those who believe that the wicked remain in their graves these words presents an insurmountable problem.

4. It diminishes the magnificence and importance of the second coming.

It is the second coming (not a future millennial reign) that is the great hope that saturates all of Revelation. It is there at the beginning and end. It recurs throughout the book as the seals, trumpets, plagues, antichrist and Satan meet their finale. In the last chapter Jesus not only promises that he is coming but says something which delivers a final broadside to the premillennialist position.

“Behold I am coming soon, bringing my recompense with me, to repay each one for what he has done.” Rev.22:12 The book ends with the prayer “Amen, come Lord Jesus”.

For a church that claims to be foremost in proclaiming the second coming of Christ it is ironic that it’s understanding of the Millennium undermines the magnificence of that event by diluting its content and denying its finality. It does this by:

5. It is a Christless doctrine, irrelevant to first century believers.

In the opening words of Revelation the centrality of Christ and the relevance for believers then living is strongly asserted.

“The revelation of Jesus Christ which God gave him to show to his servants the things that must soon take place…blessed are those who hear, and keep what is written in it, for the time is near.” Rev. 1:1,3 The Adventist position concerns events way off in the distant future even after the second coming! It contains no gospel but bears the dismal news that we will spend our first 1000 years of eternity determining punishments for the wicked! Hardly a message of good news for those facing persecution and possible martyrdom!

Progressive revelation? To counter the weight of these arguments it is sometimes said that Revelation 20 is progressive revelation i.e information unknown to Jesus or the apostles but revealed to John alone at the end of the apostolic age. However most of the passages we have studied don’t just omit a post coming millennium they actually preclude it. For instance: how can Jesus be said to recompense “each person” at his return (Matt.16:27) if the wicked are left in their graves until the end of the 1000 years? Why would creation long for redemption at “the revealing of the sons of God” (Romans 8) if 1000 years intervene? Apart from this is the powerful evidence from Revelation itself which, as we have just seen, contradicts the premillennialist understanding.

Where do we go from here? Is there an explanation of Revelation 20 which makes sense and dovetails with the rest of scripture? I believe there is.

This article is part of the author’s 18 page essay “Rethinking the Millennium,” which expands his exegesis of Revelation 20 and some of the implications. You can read the entire paper here. 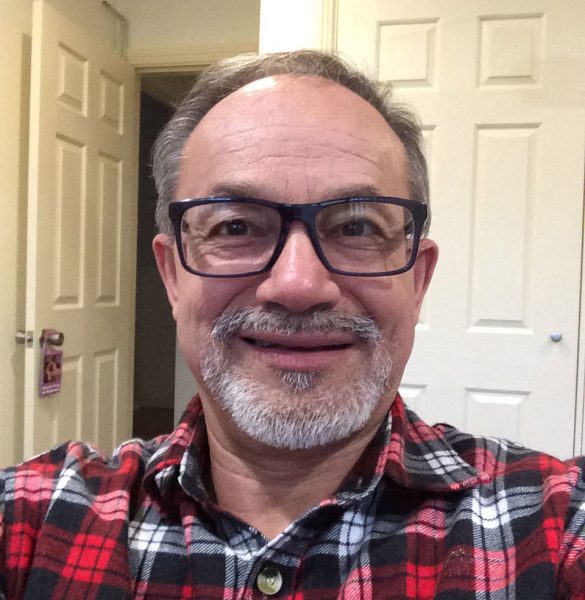 Winston McHarg graduated in 1969 from Avondale College with a Bachelors degree in Theology and worked as an ordained minister of the Seventh-day Adventist church. He pastored churches in Australia and New Zealand before resigning from the ministry in 1978 due to his disagreement with the Investigative Judgment doctrine. He retrained and ran a successful furniture business for 30 years before retiring. He and his wife Ruth attend their local Adventist church where they continue to enjoy fellowship with their many Adventist friends and relatives.

Hurricane Recovery Efforts by Adventists Continue Two Months after Caribbean Devastation What Is Christianity and What Is a Christian?: A Dialogue with a Visitor from Far, Far Away. Episode 1