“The Poor You Will Always Have With You”

The pericope of Mk 14:3-9 (and the related Mt 26:6-13 and John 12:1-8), in which Jesus said “The poor you will always have with you,” has sometimes been misinterpreted both by critics and expositors of the Bible. Was Jesus promoting class struggle, or worse, simply being selfish?

While he was in Bethany, reclining at the table in the home of Simon the Leper, a woman came with an alabaster jar of very expensive perfume, made of pure nard. She broke the jar and poured the perfume on his head. Some of those present were saying indignantly to one another, “Why this waste of perfume? Because this perfume could be sold for three hundred denarii and given to the poor.” And they rebuked her harshly. “Leave her alone,” said Jesus. “Why are you bothering her? She has done a beautiful thing to me. The poor you will always have with you, and you can help them any time you want. But you will not always have me. She did what she could. She poured perfume on my body beforehand to prepare for my burial. Truly I tell you, wherever the gospel is preached throughout the world, what she has done will also be told, in memory of her.” (Mk 14:3-9)

Jesus was, at a party, in the house of Simon the leper, a Pharisee (Luke 7:36-40) who, according to Ellen White, had previously had been healed of leprosy by Jesus,[1] but who had also prompted Mary to sin[2]—though he was her uncle.[3]

The party was promoted by Simon in gratitude to Jesus for curing him, and there were present Lazarus, whom Jesus had raised from the dead and had drawn the attention of many, as well as Martha and Mary.

“Why this waste of perfume? Because this perfume could be sold for three hundred denarii and given to the poor.” It appears at first to be a fair and reasonable point. After all, taking care of the poor is part of the life of one who claims to be a follower of Jesus. Being the denarius equivalent to the daily wage of a worker of those times, with such money one could attend to the poor very well.

Jesus said to them that “She has done a beautiful thing to me” and “The poor you will always have with you, and you can help them any time you want. But you will not always have me.”

These words have led some to say that Jesus was selfish, or that he was prophesying an eternal class struggle, this latter occasionally heard from proponents of liberation theology.[4]

What, then, would be an appropriate answer?

To understand the text in question, it is fundamental to study an important mitzvah to the Jews: Kevod Ha’met (Honoring the Dead).

To bury one’s family member properly is a significant Jewish concern. The patriarch Abraham bought the Cave of Machpelah, which was at the far end of the territory of the Hittites, to bury properly Sarah his wife (Gen 23). Also buried in Machpelah: Abraham himself (Gen. 25:7-11), Isaac (Gen 35:27-29) and Jacob (Gen 50:12-14).

When it was not possible for a Jew to be buried in an appropriate cemetery, stones were placed on the site of the grave to mark the burial place of a Jew, in the hope of someone’s burying him or her in an appropriate place later. On the grave of Rachel was erected a stone column for this purpose (Gen 35:19-20).

Kavod Ha’met “is one of the most important mitzvot that a Jew can fulfill” because a dead person does not have the ability to repay what is done for him or her, and this is a sign of a great kindness.[5]

Furthermore, one of the steps of the Jewish burial is the Taharah (purification), in which the body is washed and “anointed” (Mk 16:1).

Understanding the Kavod Ha’met, and the Taharah clarifies with precision the possible misconceptions that a cursory reading could bring. The Taharah practiced by Mary was a step in a Jewish funeral. Jesus said, “She did what she could. She poured perfume on my body beforehand to prepare for my burial.” She is performing the Kavod Ha’met. While the money surely could have done much for the poor, the poor can thank you or even change their condition. The dead cannot. Thus Mary’s anointing was a significant kindness to Jesus.

The analysis of the pericope of Mark 14:3-9 does not support any interpretation that Jesus was selfish, inconsiderate or without compassion for the poor.

Mary understood that Jesus soon would die, and not knowing if she would have the opportunity to keep the Kavod Ha’met soon after the death of Jesus, she “poured perfume on his body beforehand to prepare for his burial.”

The issue raised by Judas and the others that this was a lost opportunity of doing good to the poor is a distortion, conscious or not, of the principles of the Bible and of the Jewish funeral ritual. Meeting this distorted understanding, Jesus said that Mary had “done a beautiful thing” and that “wherever the gospel is preached throughout the world, what she has done will also be told, in memory of her.” 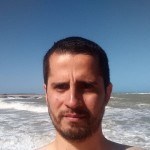 Hugo Martins earned a Bachelor of Theology from UNASP (São Paulo Adventist University). He is a leader of the Jewish Adventist Community in Campinas, São Paulo, Brazil, and founder of an independent website Estudos Adventistas (Adventist Studies).