The Past with a Future, Day 1—Afternoon Report 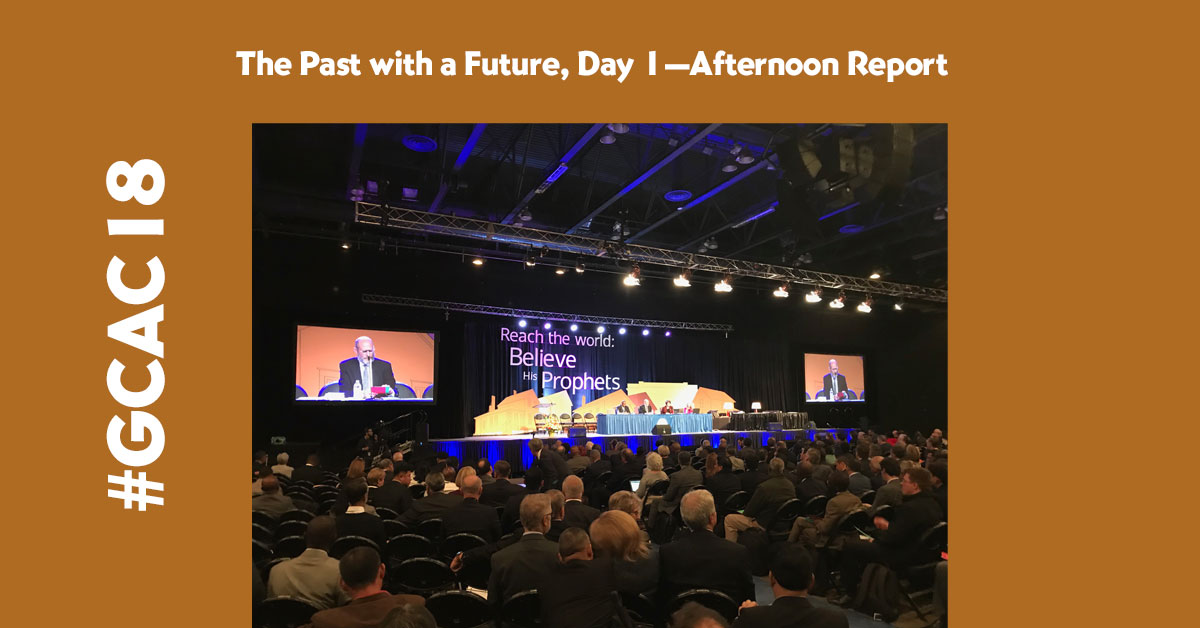 I could go through every comment. But you can get that on Twitter. I’m going to sum up this discussion in three points:

#1. Elder Wilson started out super nice. Apparently he heard that he came across last year as heavy-handed. This time he was positively unctuous. Lots of “We have been greatly misunderstood.” “It’s all up to you.” “We’re only doing what you folks asked us to do when you sent the last action back to committee last year.” “We took our cues from your comments last year.” “I just want the Spirit to lead.” “Oh, do you need more time? I just want to be sensitive.” “Please notice how transparent we were.” “Thank you for how you talked today, it was amazing.”

One of the reasons I wrote the piece that I did just before this meeting was that there are prices to pay for getting too worked up. One of those is that when your enemy comes back and isn’t as angry as you are, it kind of takes the wind out of your sails. And that happened here, Mr. Strong turned into Mr. Humble.

#2. The anti-compliance people hit the mikes first. They were as eloquent as usual. You’ve heard all the arguments. Little that was new, but wonderful statements and ideas—wish you could hear them all. Few of them mentioned women’s ordination. They were worried about the concentration of power at the top: that the GC president’s team names these committees, and tells everyone what to do—and appeals go back to the same committees!

But I did notice that early on when someone spoke against the compliance document, there were amens.

#3. The pro-compliance people could see no alternative than strong authority to keep our church together. If people won’t do what we voted, then they must be forced to. And we must be united, and we must be united from the very top, the GC. Obedience is everything. The church—the GC in particular—is meaningless if everyone can go home and do whatever they want. (Oh, the horror, that some unions didn’t obey!) The concept of trusting people to have differences and still work together, to take your cue from your relationship with Christ, of finding authority in congregations or conferences or some smaller community, wasn’t meaningful to them.

It’s not clear to me if the anti-compliance people were against it only in reference to women’s ordination—many of them mentioned it—nor was it clear to me if they imagined anyone would ever demand compliance from them. Most of these comments were fearful. We have such an amazing church. But it will fall apart if we don’t attack evolution, threats to family, people ignoring our fundamental beliefs, and above all, people ignoring the vote of the majority.

So many people spoke. Too many. At a certain point, it was clear no more minds were being changed. I was ready to hear the vote about an hour and a half before it was taken.

The vote passed 185 to 124. We now have a committee selected by Ted Wilson that can police the church from top to bottom.

May you all be obedient, compliant Adventists.