The Origins of Christian Theology 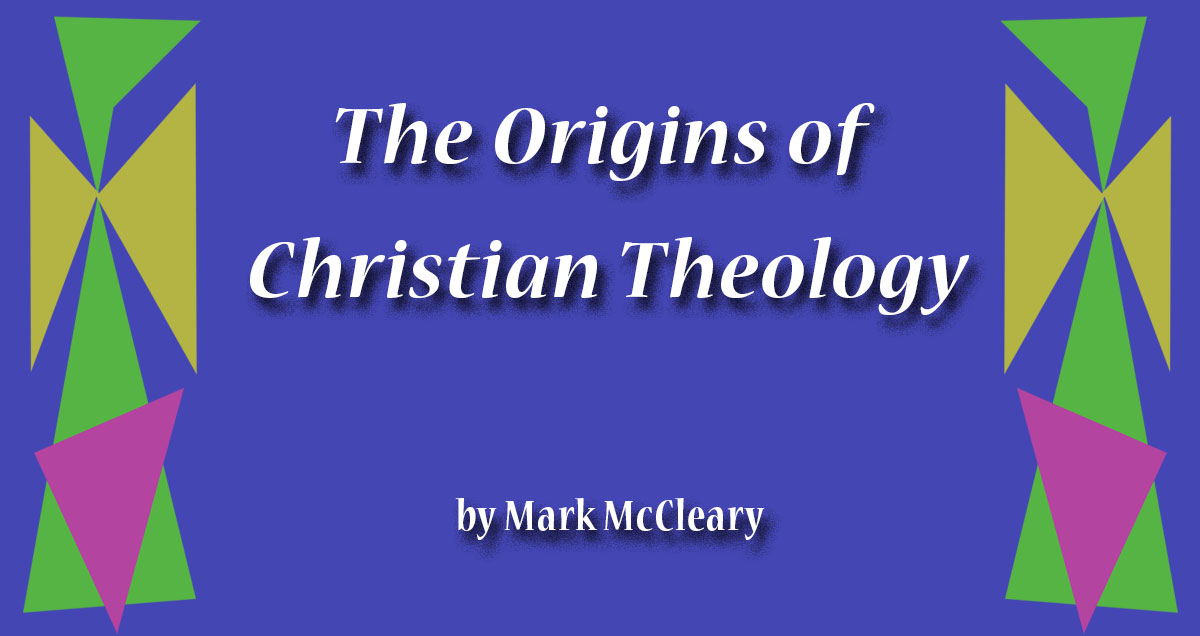 What is the source for doctrines such as the Trinity, the incarnation or grace? How did the various denominations such as Baptist, Quaker, Methodist, Pentecostal or Roman Catholic develop? What is theology, and what is tradition? Are these chicken or egg debates? The study of theological development provides a historical basis for many of the beliefs and practices we observe throughout Christianity, including Adventism.

Many people want to know the origin of the religious tradition that they follow. All religions are intellectual discourses, often handed-down traditions of spiritual or religious wisdom. Christian theology is a matter of critical reasoning concerning what has been taught about Christ. Therefore, Christianity is more about faith, or what we “know” and believe, than about a way of living. However, the way we live is impacted because Christian theology is used to guide and correct what we believe and practice.

The Primary Sources for Christian Theology

The earliest recorded sermon is found in Acts 2. It was given by the apostle Peter on the day of Pentecost, an annual Jewish feast which was celebrated on the fiftieth day after Passover. Many of the dispersed Jews (Isaiah 11:11, 12) had made the pilgrimage to Jerusalem to celebrate the feast, and they were gathered together with the Jews who lived in Jerusalem. The apostle Peter addressed the multitude, proclaiming who Jesus is and what He had done. Other early references also declare Jesus to be the One who fulfilled Israelite scriptures related to the Messiah and the anointed Son of David and King of the Jews. These documents are punctuated with Old Testament quotes that give prophetic witness to Jesus. They climax in the resurrected Jesus who now sits at God’s right hand as Lord.

Adventist Today relies on your help!

It is Paul, the converted Saul and former Hasidim (Pharisee) (Philippians 3:1-11), who provides the foundation for the Christ of faith. As the earliest New Testament writer, he provides a platform for eschatology in proclaiming his message of Christ between His resurrection, exaltation and return. The resurrection is the foundation upon which the future resurrection of believers and the climactic return of Christ sets (1 Corinthians 15). The apostle Paul proposes that new life comes through the Holy Spirit from the Father and Christ, to adopt, transform, and empower believers (Ephesians 5:19; Galatians 5:16, 22). Thus, Jews and Gentiles, without converting to Judaism, are justified by faith in Christ (Ephesians 1:22; Colossians 1:18).

The “Gospelaires,” Matthew, Mark, and Luke, are our primary sources for the life of Jesus. The first three are called synoptic because they consist of similar content. Mark is believed by most scholars to be the source material for the others. The essential query of them all is “Who do men and you say that I am? (Matthew 16). Matthew’s gospel replies, “You are the Messiah of Israel.” Luke’s response is, “You are God’s plan in human history.” Mark says, “You are the action-oriented Christ for Gentiles too.” These sources proclaim Jesus as Son and man, and thereby attach him to the Christ of faith.

The Gospel of John is different from the three “Gospelaires” by content and structure. It is a highly Christological work that begins with a prologue on Jesus as Divine logos. Its author omits the Lord’s Supper and baptism but replaces them with “I am the Bread of Life” (John 6) and the “Water of Life” (John 4:14).

The numerous Christian denominations have their roots in diverse theological backgrounds. We should all profess Jewish roots. With the progress of the Pauline Gospel proclamation, the Jewish influence begins to ebb away and becomes marginalized. This dynamic gave rise to Gentile Christians such as the Ebionites, who believed that Jesus was a righteous man, but not the Divine Son of God. They split from the Nazarenes and rejected Paul’s Christ of faith while embracing the Mosaic Torah.

Another heresy was Gnosticism, which promoted the physical world as evil created by the Jewish Elohim, defined as the arrogant archon who wants to keep mankind from the divine world of pleroma, or wisdom. Gnostics believed that Christ is an avatar of spiritual principle, or Aeon, sent to bring salvific knowledge. Closely related to Gnosticism is Docetism, which asserts that Jesus was an appearance or illusion, and not the actual divine Son of God.

An influential pundit who reflects the diversity of thought that existed around the 5th century and later is Marcion, who promoted Paul’s proclamation as being more about faith than esoteric knowledge. Marcion gives a clue to what the church was discussing, and would become the source for later theological debates and dogma. For instance, early orthodoxy was characterized by the belief that the Creator God of Judaism was good and that the Jewish scriptures could be accepted as valid witness to God and His Son Jesus, the Christ.

Space does not permit an expanded commentary of the many other streams of theological thought and crystallization. The above are salient features of origin for theological diversity that have been the early trapping for future debate and later Christian development.

Christian doctrines concern what to believe about Christ. Fundamentally, doctrine means “teaching” or right belief and/or worship. Orthodoxy is a term meaning official teaching or right teaching. Heresy is the theological term for the antithesis of sound doctrine. Heresy generally referred to a sect or subgroup of the larger orthodox church that differed from the official universal or catholic doctrine. In other words, the obverse of heresy is sound orthodox doctrine, taught “everywhere, always, and by all” (Vincentian Canon).

In practicality, churches in every town were in communion with each other, and heretics were excommunicated or excluded from communion with the official orthodox church that was the caretaker of the teachings handed down from the apostles. Thus, these doctrines were grounded in the approved scriptures or canon of the Old and New Testaments.

These doctrines became known as rules of faith and practice. Bishops were the primary liaisons for interchurch communication, coordination, and monitoring. The “Great Church” might have been a good appellation for the period of Christian doctrinal development that existed before the establishment of the Roman Catholic empire. One important heresy, Montanism, developed with the appearance of Montanus (late 2nd century, Asia Minor), who called himself the Paraclete and advocated a new prophecy or alternative to the existing system or order. Montanism resulted in the launch of doctrinal research, as concern for orthodoxy became paramount.

Reading the scriptures was the primary medium for witnessing to Jesus Christ. Church leaders were foremost in reading scripture to explain Jesus’ identity. A principal interest of the era was whether Jesus and Christ were the same. Most believed that Jesus was the fulfillment of Old Testament Messianic prophecies, and that He was a type of David or an Israelite prophet. Scholars refer to this hermeneutic as typology, or complex relating of something literal in the past with something present. On the other hand, allegorical reading of scripture was rooted in a pagan philosophical approach of relating the mundane and human with a vertical or divine reality. These perspectives, and more, provide the context for scriptural readings and doctrinal development.

Christian theology is a broad field of intellectual processing of scriptural records with roots as old as the first years and decades after the last apostles. Paul’s writings provide the earliest written sources for theological reasoning concerning Jesus, the Christ and Son of God. The Gospels of Matthew, Mark, and Luke are called synoptic because they provide similar coverage of the historical Jesus or Son of man in ministry to Jews and Gentiles, while John’s gospel provides a view of Jesus as the Divine Son of God.

The diversity among the many denominations that exist today can be traced to the historical debates and discussions of early Christians and later concerning God, Jesus, the Holy Spirit, church liturgy, and social behavior. Our diverse doctrines have their origin in scriptural readings and theological development. Thus, historically speaking, heresy can be considered a deviation from the existing theological norm or orthodox rule of faith and practice.

In closing, I make two recommendations. One, study primary sources, as far as possible, concerning the history of Christian theology. Two, reflect on what you have taken for granted prior to reading this article, and realize that what you know and practice now is based on prior reading, discussions, debates, and theological development.