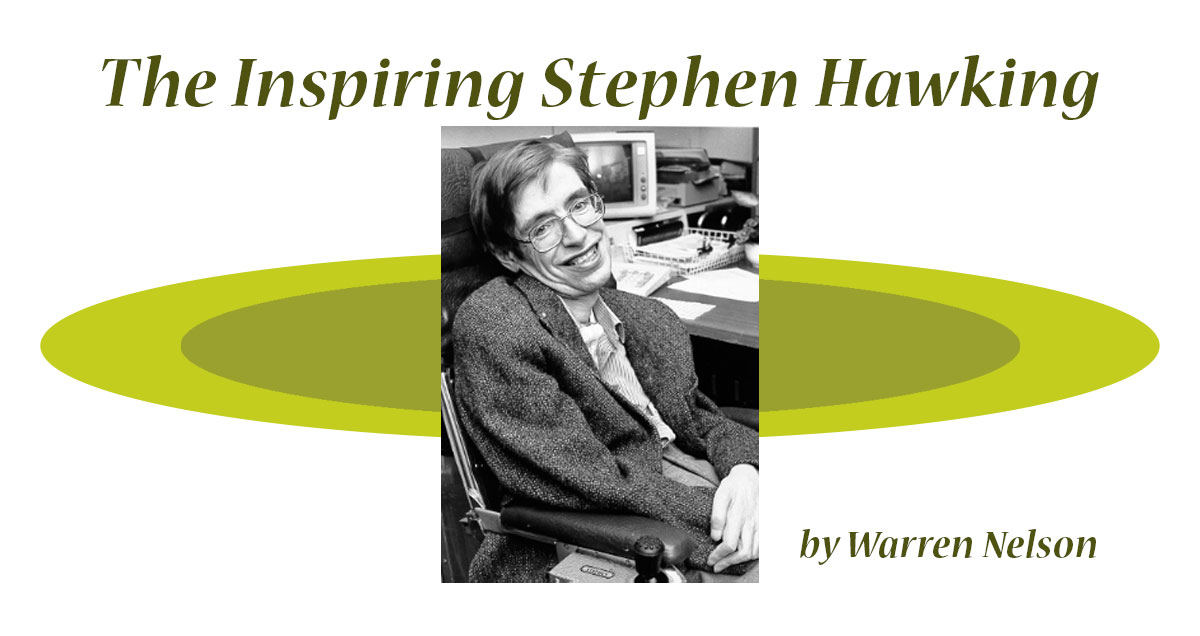 I’ve spent a lot of time, over the course of my life, thinking about various disasters that could befall my person and how I would react. Oliver Sack’s book, The Man Who Mistook His Wife for a Hat was probably the most terrifying book I’ve ever read, and it led to numerous nightmares over the years about waking up and not being able to move or communicate.

We just lost one of the world’s most amazing minds who lived in that state for 50 years!

There was no part of Stephen Hawking’s life that he had control over, except his mind. And yet he became one of the most admired scientific minds of our time, traveling widely, speaking (through his American-accented speech synth), writing and debating intensely, the nature of the cosmos. Here is a list his some of his accomplishments—including guest starring on “The Big Bang Theory”!

Which brings us to Hawking’s work. He thought about and studied the universe, what it is, where it is and its future. Much of what he taught and wrote is completely understandable only to the very few minds as brilliant as his. And yet those thoughts inspired us.

And here is something interesting: though he was very clear that his thoughts about the beginning and possible end of the universe did not require a God, they were big enough that they could contain a God.

But at no point was he troubled that there might be a God. And he was equally untroubled at the thought that there wasn’t a God.

How can that be?

The next time you are somewhere where the Milky Way is visible, just sit and stare for awhile. And think about this: knowing what you know about our world, our solar system, our galaxy and our universe (expanding or not), do you need a God to be inspired by its vastness?

Can you simply be blown away because you know you exist in this endless beauty? If you can, even for a minute, then why are we arguing?

Thanks, Dr. Hawking, for your amazing life and work!

Warren Nelson is an member of the Adventist Today team. He writes from Vancouver, Washington.