What the Eunuch Passages Say About People on the Margins

For many years I struggled with comments Jesus made about heterosexual marriage as recorded in Matthew 19. I felt excluded, through no fault of my own, from what his words seemed to prescribe. Ever since I was a teen, I felt that I could never marry anyone of the opposite sex. I knew I was gay, didn’t understand why I was different, and was too afraid to ask for help because of my fear and shame.

One day, I realized I had been reading the passage from the perspective of one who is heterosexual and normative, a perspective which was not helpful to me, a gay man. When I started to read the same chapter from my perspective as a gay man, and thus non-normative, I discovered something startlingly new to me. Jesus challenged the hardheartedness of the specialists in Mosaic Law by his surprising contrast of those Pharisees with eunuchs—sexually non-normative people.

Jesus was healing when he was interrupted by the legal specialists, who asked a trick question. “Is it lawful for a man to divorce his wife for any and every reason?”

Quoting Moses from two sources in Genesis 1:27 and 2:24, Jesus asked them, “Haven’t you read that at the beginning the Creator ‘made them male and female,’ and said ‘for this reason a man will leave his father and mother and be united to his wife, and the two will become one flesh?’ So they are no longer two, but one. Therefore what God has joined together, let man not separate.”

The Pharisees challenged Jesus again: “Then why did Moses command that a man give his wife a certificate of divorce and send her away?” In his reply, Jesus seemed to expose their attitude: “Moses permitted you to divorce your wives because your hearts were hard. But it was not this way from the beginning.”

What Jesus did was extraordinary for a rabbi; he gave preference to one passage of Scripture over another. To Jesus, the passages in Genesis had priority over the later laws of Moses.

One disciple, perhaps betraying his own hard heart, exclaimed, “If this is the situation between a husband and wife, it is better not to marry!” Seeming to take him at his word, Jesus then made his pronouncement about eunuchs.

I struggled to understand what eunuchs had to do with the topic of marriage and divorce. I noticed that Jesus asserted twice that his point about eunuchs might be challenging. He seemed to be contrasting two groups of people. People in the first group, because they were heterosexual, were privileged to enter into marriage and, as a concession, might divorce. People in the second group were those who, like eunuchs, were non-normative and could not share their privilege. He described three types of eunuchs: men who were “born that way,” men who were “made that way” (I suspect by violence), and men who felt called to be celibate, whom he called “eunuchs for the sake of the Kingdom.”

I was struck that Jesus made it clear that choice was a factor in only one type of eunuch. Having land and children was deemed the fruit of God’s covenant with Israel, so for most Jewish men, to be a “eunuch” was unthinkable; it was practically a denial of God’s covenant with Israel. So it must have been startling to them to be compared with eunuchs.

My reading suggested to me that our modern understanding of the word “eunuch” does not do full justice to all who could be included within its meaning. I began to feel that in this context, eunuchs represent all sexually non-normative people, including gay men, lesbians, so-called “barren” women, people whose gender identity does not fit the male/female binary, and any other sexually non-normative group excluded from privilege.

Of the thousands of people baptized into Jesus, most remain unknown to us, but it seems so precious to me that at least one sexually non-normative person, the Ethiopian eunuch (Acts 8) receives special mention as perhaps the first Gentile convert.

When I came to appreciate that Jesus himself did not present as heteronormative, I was in awe. Jesus, as an unmarried rabbi, was the most significant of all non-normative people. I believe he affirms us by being like us in a unique way. When I began to see that Jesus stands in solidarity with all of us by being like us, I felt like a prisoner set free. By relinquishing privilege, by choosing to be a “eunuch for the kingdom,” I believe Christ elevates those of us who are non-normative, embracing us who once were excluded. It is as though Jesus assures us, “Be not ashamed, for I am one with you.” 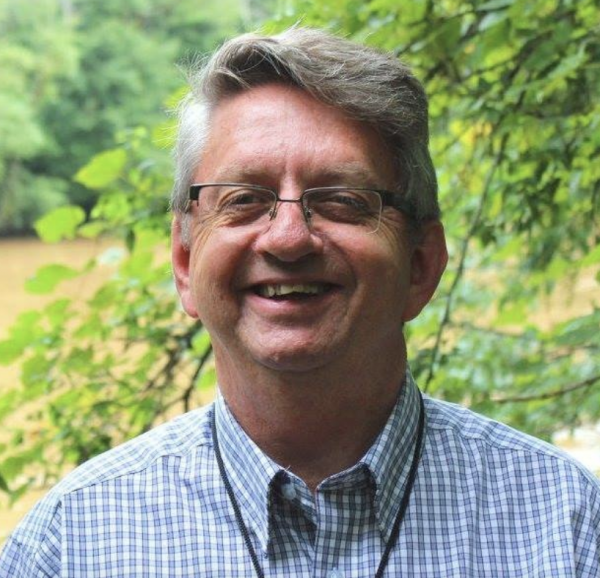 Andrew Dykstra was born in Friesland in the Netherlands, and grew up in Canada. At age 22 he became a member of the Seventh-day Adventist Church. Feeling that there was no home for him there as a gay man, Andrew withdrew for twenty years, and returned in 2000. He retired from the printing business in 2016. He currently lives in Toronto, Canada, where he is a member of Immanuel Seventh-day Adventist Church. This essay was originally published in Rainbow in the Word.