The Monster Under the Bed: What We Should Be Thinking About on Halloween

The word “holiday” comes from the linguistic root “holy day”: originally all western holidays were church holy days. As western civilization evolved and multiple stages of development took place the meaning, for better or worse, got lost.

Often at this time of year, Christians get worked up about Halloween. Just check your social media and you will find endless posts, debates, and clever images about this “holiday.”

In fact, Halloween, whether you like it or hate it, has a religious background—it was originally a holy day. The etymology of the word refers to hallowed evening or holy evening: it was the evening before the day that the church dedicated to remembering the dead—in particular, the martyrs who gave their lives to keep the faith alive. By the Middle Ages, it evolved to include the concepts of saints and purgatory, and then as with most church holidays, as they spread out they picked up a collection of pagan influences. Soon saints became spirits, and it was not long before witches and jack-o’-lanterns and such were added to the mix.

Clearly as a Protestant Christian I can’t and don’t believe in purgatory or praying to dead saints, anymore than I can believe in ghosts or witches or jack-o’-lanterns. But I will tell you what I do very much believe in: I do think we all need to be incredibly thankful and filled with holy gratitude for the millions of martyrs who gave their lives to keep this faith alive.

Speaking of martyrs, here is an interesting Halloween fact that most of us lose sight of: October  31st is not only Halloween, but is it also Reformation Day. It is the day that Martin Luther nailed his 95 theses to the door of the Schloßkirche church in Wittenberg. While Luther’s objections had been provoked by the practice of indulgences (the idea that you could pay a fee to the church to be excused of a sin) he set off the firestorm that became the Protestant Reformation. The founding principles of the Protestant Reformation were sola scriptura (by the Bible alone), sola fide (justification by faith alone), and sola gratia (salvation by grace alone). In essence, Protestants wanted to follow their own convictions in matters of faith and be true to what they came to understand as Biblical faith.

And what was the cost of such a noble desire? Estimates of the death toll of the Protestant Reformation vary depending on the faith background of the historian, but it is believed that somewhere between 50-150 million people died because they were declared heretics for following their own beliefs rather than the Roman Catholic dogma. So again I say, let us remember the martyrs who died to keep this Biblical faith alive! And how ironic it is that on the very day the world should be celebrating Martin Luther, religious liberty, and freedom of religious conviction, they are instead fixated on images of evil in its various forms!

Still, this Halloween I tell you there really is a monster under your bed. Evil has not gone away, religious oppression has not been lifted from this world, nor has the idea of killing people because of their religious beliefs suddenly disappeared. This Halloween I call you to join in Reformation Day and join my protest.

I am a Protestant, and I still protest!

Join me, if only for this day, and become a Protestant this Halloween, opposing those demons in disguise hiding under the bed of religion! 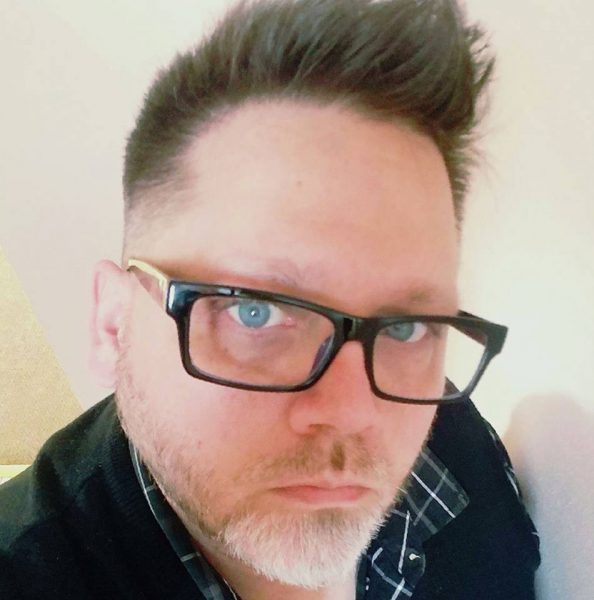 Vinnie MacIsaac is the pastor of Solid Rock Seventh-day Adventist Church in Arlington, Virginia. He blogs at SimplyVinnie.com