The Greatest Hits of the 2015 NAD Year-End Meetings

by Loren Seibold, November 6, 2015. I’ve been to a lot of church meetings. But there are none that compare to the marathon business sessions that happen at the Seventh-day Adventist World Headquarters at 12501 Old Columbia Pike. They can be a bit of an ordeal: this latest one stretched over 8 days. Like all business meetings, there are bits that are hard to concentrate on—auditor’s reports, for example—but you can’t stop listening because about the time you do you’ll miss something important.

Many of the reports are from departments in the building, telling you what new project they’re working on, what new resource they’ve developed. Some of these resources appear well done. But with every new video or website or newsletter or printed item, I want to ask, “Who requested this?” and “Who will find out about it and use it?” Every division or GC business meeting I’ve ever attended has rolled out great new materials to do God’s work, that you then never hear about again. Paul Brantley, in a candid moment, made a call for departments to deliver materials that churches and pastors really use rather than ending up in a storeroom.

But that’s an embedded problem with Silver Spring: it’s an enclosed, self-referential world, where too little about the real church out here filters through. And too little from in there filters out, too. What happens in 12501 Old Columbia Pike, stays in 12501 Old Columbia Pike.  It’s not something I blame them for—there are some amazing people there—but it is an inherent flaw of our organization. (One explanation: years ago, when hierarchical structures still worked, they got used to generating stuff at the top and passing it down. The church no longer operates that way, but they still keep generating stuff, which doesn’t penetrate very far down into the church, and so ends up on a shelf.)

At the General Conference Annual Council I attended two weeks ago, everything had apparently been decided in committees beforehand. There were votes, but I don’t remember a single item where discussion was required. In fact, I don’t recall one difference expressed about anything. I’m not sure that’s entirely healthy, but beyond that, it makes you wonder why you need to spend hundreds of thousands to bring leaders from all over the world (especially in a year when they’d already made that trek just a couple of months earlier) to pretend to make decisions.

I’m happy to say that a meeting led by Dan Jackson with the NAD church leadership is something else entirely. Dan is warm, friendly, funny, and open to discussion. People are expected to speak up, and they do. You can’t eliminate all the tediousness, or the self-justifying reports, or the punctuation prayers, but at this meeting several things came up that are worth sharing.

#1. The Women-in-Ministry initiative. This plan isn’t brand new. A few years back the NAD decided to incentivize local conferences to hire female pastors with the thing they have the most influence with: money. It’s set up as a three-way split between conference, union and division, for three years, to place new female interns. The goal was to double the number of women in parish ministry within five years. (Dan Jackson has a goal of his own: in his opening talk he said we should shoot for 300 female ministers in that time frame.) One year down, we’ve gone from 107 female pastors to 130. To the original $350,000 they’ve added an additional $300,000, and a part-time recruiter.

I love this program. I’ve long felt that if we’d started to hire women in mass quantities the moment we knew this was something desirable, ordination would by now be a moot point. Appropriate cliche to insert here: “Nothing succeeds like success.” Let’s see if we can keep this level of growth for the next four years. It comes at an opportune time, when the stats show that 50% of NAD pastors are due to retire in the next ten years.

Grade: A+. We can measure the progress, and female pastors will change the church.

#2. NAD Strategic Plan. I admire Paul Brantley—surely one of the smartest guys in the room. And I can see why someone would think that by its 25th anniversary, the NAD probably should begin to think about what it wants to accomplish.

Strategic plans may work for big companies that can buy and sell and hire and fire with no thought for how it affects anyone or anything but the bottom line. But I’m skeptical about strategic plans for organizations like ours: mired in inertia, logical decisions overridden by spiritual sentiment and traditions, and difficult-to-change personnel. I’ve never seen a strategic plan in church settings that isn’t a laundry list of everything good that could possibly be done, as though if we write them down with decimal numbers at the beginning of each line we will do them harder, faster, with more enthusiasm.

The most insightful critique came from a pastor, who observed that most of what was in the plan—vague language about reaching today’s public and collaborating and integrated approac 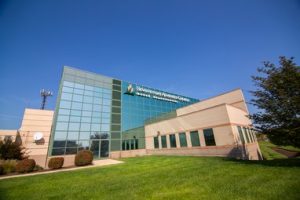 hes and transforming institutions—the NAD was way too far from local ministries to have any control over.

Grade: C, for effort. Although it addresses topics that need attention, there’s little new energy or new direction here. I’ve rarely seen a strategic plan for a church that improves upon the intuition of good leaders. This one has an appointment with a file folder somewhere.

#3. NAD Statement on Human Sexuality. I’ve written about this already, but let me just say again that, while it isn’t going to please those who want to see full equality for gay people, when looked at in historical perspective (it wasn’t that long ago that all we offered were some shady gay-change ministries), what this statement both allows and encourages in the church is astonishing.

Statements like this are meant to set up a fence beyond which we won’t go. And this one does that. But that fence is a lot farther into inclusiveness and compassion than some congregations are practicing now, which is why it will be criticized. And, there’s humility here, a welcome thing among we who have usually purported to have all the answers.

Grade: A-. This statement has moved the fence farther into be-like-Jesus territory. Just be warned that boundaries invite trespass.

#4. The Report of the NAD Education Department. This report was marred from the start by two things: a dark warning that the sky was falling (maps showing all the schools that had closed, including at least one that hadn’t actually closed), and a pitting of schools against churches, which meant blaming pastors for Adventist education’s failure.

I love my church school. I also know that our schools are underused by our own members, and I don’t know why. And for many small congregations supporting a school is like bloodletting: there’s nothing left for anything else. (The average Adventist congregation sends away most of the offerings it collects as tithe, and of the remainder, the church school will get the bulk of it.)

I think that any pastor who won’t use the school for his own family’s education shouldn’t be a pastor where there’s a school. If he won’t, or can’t, then he should leave, or the conference should remove him. Nor is there any good excuse for a pastor not to regularly visit and minister in his church school.

But that’s not the main reason church schools are failing. I would have felt better had Larry Blackmer said, “We leaders take responsibility: we need to do a much better job managing and promoting our church schools,” even though it isn’t all their fault, either.

Grade: D+. We depend on leaders to warn us of trouble ahead. We also expect them to have creative ideas for how we can fix things. A blame game is a weak strategy when there are such clear demographic and financial reasons for dropping enrollment.

#5. The Report of the NAD Church Governance Committee. This was the major presentation of the meeting, and the most ambitious. The discussion apparently started with a meeting at Dulles International Airport in 2014. (A confession: I thought at first they were saying “the dullest meeting,” and was giving them credit for being remarkably frank.) At that meeting, Dan Jackson asked everyone present whether they’d give up their present position if it would advance the mission of the church in the NAD, and 95 percent said yes. It was Dan’s way of telegraphing that we’ve got too much leadership machinery, that office jobs could go away. I think he was being optimistic, but I appreciate the idea.

The current document (110 quite nicely-written pages with lots of full-color illustrations and charts) focuses on two ideas: redistributing tithe away from the top to local ministries, and restructuring denominational governance for savings.

Proposals ranged from 10 percent of the tithe returned to the local church, to 7 percent. The money would come from reducing the amount shared with the GC and the NAD, although I noticed that the chart assigned the GC the biggest hit, reducing their part of the tithe from 7.5 percent to as low as 4 percent.

Restructuring is where massive savings could happen. An analysis written for the committee by Monte Sahlin showed that a “union of churches” model (which basically means doing away with conference offices and administering the territory from the union office) could save the NAD $145,000,000 each year. (That one was titled the “radical plan,” which title, I thought, might be enough to doom it.) It was followed by a couple of less ambitious plans, one where conferences would be combined (the “moderate plan”), and another (“streamlining”) that tinkered with some possible economies here and there.

Everyone who came to the microphone wanted congregations to get more money, and all liked that $145,000,000 savings. Except, “please remember that our situation is a little different, and you couldn’t do it quite this way where we live and work.”

Aye, there’s the rub—why we’ll probably end up tinkering rather than saving $145,000,000. As I looked around at that room full of suits, I realized that the idea of a pyramid of administrative offices is so ingrained in us, so much a part of church culture, that it would take a miracle for us to to flatten that short of some major crisis .

And, as one committee member pointed out, what will be the result if we succeed? A combining of conferences in Mid-America around 1980 wasn’t very successful. Combining congregations rarely works, nor combining schools (this last I’ve personally tried and failed.) 2 + 2 rarely equals 4. In parts of Africa and Latin America, they take pride in creating new conferences and union conferences: it’s a mark of success.

Grade: An A for courage and creativity, but a C for realism. Keep your expectations for this one modest. (Except if your expectations involve more denominational committees and reports and travelling, in which case your dreams may be about to come true.)