“Whoever loves becomes humble. Those who love have, so to speak, pawned part of their narcissism.”
—Sigmund Freud

In Greek mythology, Narcissus, son of river god Cephissus and nymph Liriope, was noted for his comeliness.

In Ovid’s “Metamorphoses,” Book III, his mother was told by blind seer Tiresias he would have a long life on one condition: that he never visually recognize himself.

There are a couple versions about what befell him. Both recount his rejection of those attracted and wanting to be with him.

The gods were not pleased with his attitude.

Whereupon he chanced to see his reflection in a pool of still water. He subsequently became so enamored with his own visage he neglected all else, including food, and eventually perished, a young man who departed life well before his time. 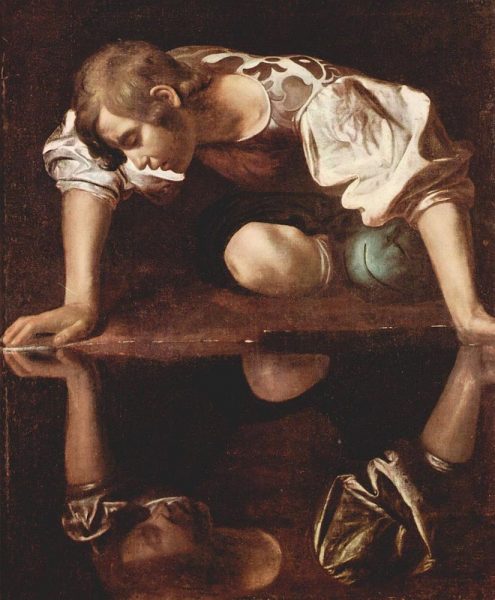 All that remained was a flower named for him.

To this day it bears his name. 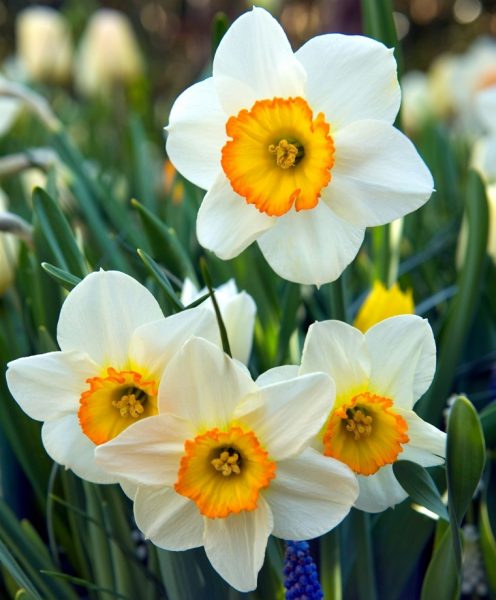 At the risk of offense, and with all due respect to Paul, I propose that the love of self, not money, is the root of all evil. Our adversary must particularly hate, of all passages in Holy Writ, I Corinthians 13. For self-love is the antithesis of love for others.

A long time ago, in a faraway place, a created being had a similar condition. Holy Writ speaks of the mystery of iniquity. But in his case, it was a specific wickedness: pride, or self-love.

Of all seven deadly sins, perhaps the most deadly.

Certainly one of the most difficult to eradicate.

Lucifer (literally, “bearer of light,” his once and hoped-for future calling) was, from all accounts, a magnificent being. But he knew it, and that knowledge became obsession.

A mirror (or equivalent) may have contributed to his downfall.

Not content with who he was, he aspired to something greater.

But it could not be. There could be only one true Deity.

Others remonstrated with him, tried to get him to return to the figurative fold from which he had strayed.

But he would not listen, and persisted in the inimical course upon which he had set.

Furthermore, he persuaded fully one-third of his cohorts.

They would look to him as their leader.

This must have pleased him mightily.

This was no ordinary war, as we understand it.

We are not told what weapons were used, but our imagination likely fails. Short of nuclear devices as we understand them (or perhaps the immortal combatants were impervious to radiation), to use a bad metaphor, the sky was the limit.

Over centuries, human weaponry evolved from the sling and sword and spear to bow and arrow and battering ram to guns, bombs, and LASER.

But, comparatively speaking, we are infants.

That is how it probably was during the conflict after which Lucifer and his compatriots were expelled.

Imagine the tremendous force depicted in some of the superhero films popular of late. Now you likely have some inkling.

These Lucifer seemed to possess in abundance. And, removed from the environment in which his narcissism first flourished, apparently continues to.

Why am I writing about this? One of the key elements of warfare strategy is to know your enemy. As Sun Tzu wrote, in The Art of War: “Know yourself, know your enemy, and you shall win one hundred battles without loss.”

Mr. Sun may be unduly optimistic, but I understand what he’s trying to say.

Make no mistake – this is a war.

Consisting of many battles and skirmishes – for the heart and mind of us mortals. The fact that it may occur mostly in an invisible parallel universe does not make it less so. It goes on constantly. Moment by moment. Hourly. Daily.

We only have surcease when we sleep, and when our eyes close for the last time.

Experts consider NPD to be a personality disorder, not a mental illness. Surveys show about 6% of the populace has it.

It is not the result of chemical imbalance. It is thought that altered brain structures form over time as a response to events and stimuli, and the disorder may be incurable.

Narcissists almost never change. One of the most effective (perhaps the only) methods in dealing with someone with NPD is disengagement. Avoidance.

The narcissistic modus vivendi is this: If I can get attention from you, it tells me I exist.

Ex-Lucifer doesn’t need that validation. He is already immortal (at least for now). But he plays a numbers game. He wants to take as many as possible with him.

At Golgotha, and when the sanctuary curtain was rent by an unseen Hand, he knew the war was lost.

But he will not capitulate.

The Greek storyteller Aesop (620-564 BCE) told a fable of the scorpion and the frog.

A scorpion, wishing to cross a river, summons a nearby frog. “What can I do for you?” asks the frog. “I need to cross the river,” says the scorpion. “Can you help me?” “Oh, no!” replies the frog. “And why not?” “You might sting me.”

Halfway across, the frog feels the awful pain of a sting. As he starts to sink, he says, “Why? Now we’ll both drown.” “I couldn’t help myself,” says the scorpion. “It’s my nature.”

So it is with our adversary.

He will not change.

What we can do is stay as far away as possible.

Refuse to come within the penumbra of evil.

Having lived for at least millennia, he is wiser, more clever, and can see you.

You can’t see him – only the destruction that lies strewn everywhere in his wake.

The playing field is not level.

Do not play his game.

Alone, you will lose.