The Dark Side of Adventist Life

Indeed, it is safe to conclude that even though many pastors, administrators and other heroes of Adventist faith lie buried in the cemeteries of Adventist missions, some of those graves will remain closed when Jesus sounds the trumpet.

Here are the reasons.

Inbreeding is when families marry within a family, and shun outsiders. This is done in some communities and royal families, usually to make sure wealth remains within the family, or in some cases to preserve culture or religion. While inbreeding may have some advantages, when members of the same family mate they increase their chances of recessive genes affecting the next generation. Cross-breeding helps to suppress such undesirable conditions.

There has been a kind of inbreeding among us. Adventists who share a common history tend to shut themselves in a cocoon of their own and unite against what they perceive as the hostile worldlings. Ironically, the worldlings are not necessarily non-Adventists, but sometimes fellow Adventists, those who haven’t gone to the same schools as those in the inner circles, or had the same opportunities, or who don’t come from the recognized families. Indeed, many inbred Adventists view crossbred Adventists with suspicion and doubt their genuineness. This has tended to create a ‘them’ and ‘us’ mentality.

This attitude manifests itself in different ways. One example is the belief that the son of a pastor ought to be a pastor. Because of the father’s links with church leadership, it becomes easy for the pastor’s child to become a pastor—not because he has been called by God to the ministry, but in order to perpetuate pastorhood in the family. It is not surprising to find a pastor who has four, five, or even six children in the pastoral ministry. It becomes difficult to assess whether all these sons were called into the ministry by God, it is just the reincarnation of Eli’s seed.

Access to Adventist education is made easy for church workers, and that is commendable. What should be guarded against is a sense of entitlement by church workers. All of us, whatever our backgrounds, are entitled to Adventist education and other benefits. When those with no relatives in the church hierarchy are sidelined, it becomes difficult to separate nepotism from election. When the pastoral ministry is used as a stepping stone by people who have no sense of mission, but who regard the church as their inheritance, it manifests itself in many ways. Sin may cease to be viewed as such. Discipline becomes a problem because before you punish a child, you have to find who that child is connected to or else you find yourself unemployed. For example, in music, those who bring controversial music in the church are mostly those connected to highly-placed church officials.

Suppose Pastor A is a vice President at the Division. He has three brothers in-law who are in responsible church positions. One is a vice chancellor at an Adventist university. The other, Pastor C, is a president one of the conferences under the jurisdiction of the Division where Pastor A is vice president. When Pastor C has a problem with another leader who has no connections high up, can Pastor A preside over the matter in an impartial manner? I doubt it.

When former Division president Pastor Paul Ratsara resigned, media reports indicated that the pastor who would benefit most from Ratsara’s departure was the most vocal in the matter. It becomes difficult to determine whether the said pastor was motivated by ridding the church of evil, or he was just being ambitious.

Conflict of interest is guarded against in the corporate world: before someone can preside over a matter, whether granting of a lucrative contract or a disciplinary hearing, they must declare or disclose any interests they might have. Should there be any prior relationship with concerned parties that could sway the matter one way or the other; the interested party must recuse himself. This is done to protect the integrity of the process.

I do not know if professional ethics is taught at our tertiary institutions and if so, what efforts are made to ensure that such important values are implemented as wholeheartedly in church work as they are in the business world.

These problems have created a culture of denial in some circles of church life. Denial leads to cover-ups and a refusal to take advice. Because the inbreeds regard themselves as the crème de la crème in the church, a sense of arrogance has become commonplace. Particularly if you are a crossbreed, your counsel is viewed with disdain because your reasoning could be ‘worldly’ and has a potential to bring apostasy in the church.

Shouldn’t the need to protect the image of the church be balanced with other competing interests, like justice to an offended party? If, for example a chief financial officer embezzles funds, it may be okay to make sure the case does not attract media attention, but it is wrong to transfer the affected officer to another church institution on the basis that his father is a respected pastor in the church.

There is no doubt that Adventist life, if properly followed, leads to quality of life, physically, mentally and spiritually. However, when checks and balances are ignored, a good system can become riddled with nepotism, pride and a sense of ownership that has a tendency to push out those we deem as outsiders. While we continue to reach people for Christ, the current state of affairs, if left unchecked, will result in people leaving the church out of frustration. As in the time of Hophni and Phineas (1 Samuel 2:12-36), some will abhor the offering of the Lord. This therefore calls for an overhaul of our way of thinking. Let us listen to each other more. We are all sinners no matter how long we have been in the church. Holiness is hardly measured by duration in the church or how many generations were pastors in the family. At the foot of the cross, the ground is level even for Adventist church workers. 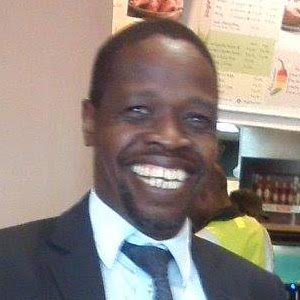 Lizwi Alpha Ntuli was born in central Zimbabwe. He has worked in the aviation industry, as a colporteur, and is currently a court interpreter in Kwekwe, Zimbabwe.
To comment, click here.
Sabbath Worship: Honest Right Down to Our Jeans Adventist Identity an Item for Discussion at Global Youth Leaders Congress