The Dangers of an All-or-Nothing Morality 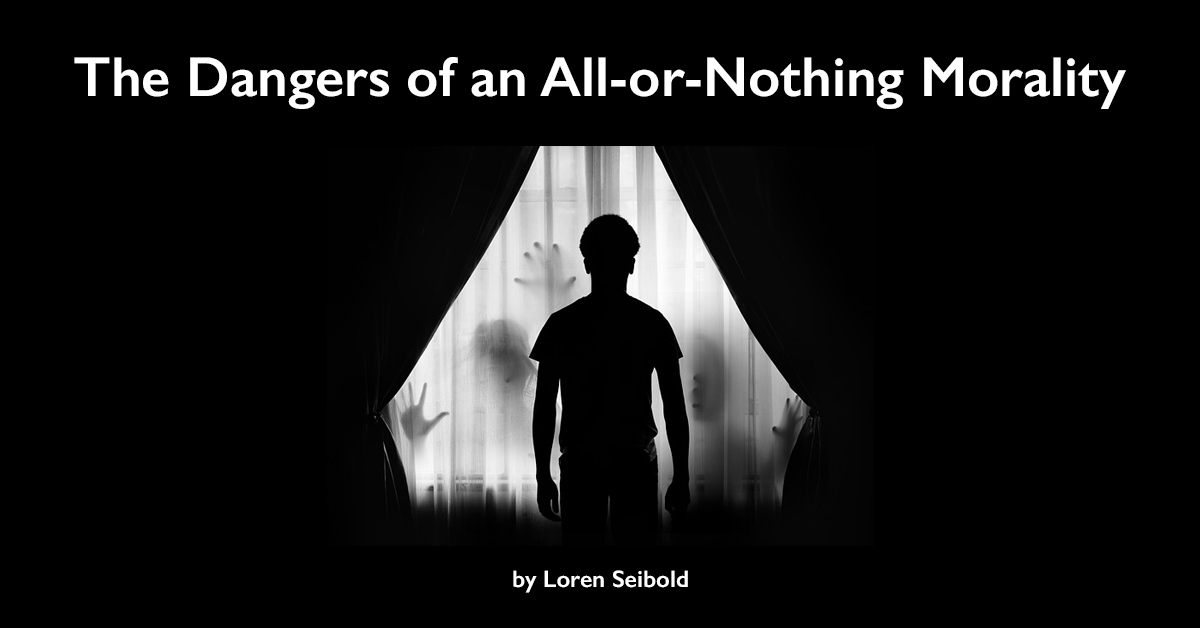 Recently we learned that recreational marijuana would be legal in Canada in October. A whole country, right next door to mine, is letting people buy in a store a drug that I was taught would instantly destroy your life if tried even once!

Many of us who were raised Seventh-day Adventist were taught that everything on the forbidden list was almost infinitely bad. I don’t know if my parents and teachers ever said it in so many words, but the way they described it let us believe that one sip of beer made you an alcoholic, your first drag on a cigarette was only a step away from being a whiskey-sodden barfly, anything beyond a kiss before marriage started you down the road to a life of promiscuity—and God forbid you should ever touch marijuana, between which and heroin there was no substantive difference. Even a failure to inquire what sort of meat was in your hot dog or what kind of fat in your frozen pie crust put you but millimeters away from the outer darkness.

I was allowed to believe it because my parents believed it themselves, or at least didn’t analyze it very carefully. Seventh-day Adventist magazines drew the lines that way. I remember a story in The Youth’s Instructor by a young woman who’d been lured by friends to attend an innocent movie in a theater. She wrote that she believed that God had abandoned her at the threshold of that building. She was on the verge of being forever lost. Fortunately, she survived the experience so that she could come back to warn us. Listen magazine assembled warnings and cautionary anecdotes in a way that made every forbidden substance seem equally harmful: the dangers of coffee were across the page spread from the dangers of cocaine.

(Ironically, the most popular speakers for young people were ex-sinners who told grim stories of their lives of sin, terrifying us and titillating us at the same time. The intention was that we’d stay “scared straight,” though an equally plausible lesson might be, “Go out and be wild, because then you can come back and be the center of attention with your exciting testimony.”)

Those of you who had larger lives, who grew up with a bit more exposure, might be chuckling at this. But you must understand that this was the way conservative, denomination-focused Seventh-day Adventist people protected their faith and values—and some still do. They felt that the best way to keep their children pure was to let them believe that at the edge of their religion was a drop-off. Step over that line, and you slid down the slope into hell.

It worked pretty well for some of us. At least for a while. Even though I attended public school for years, I wasn’t tempted by the things my friends told me they did on the weekends while I was involved in church activities. Or, to speak truthfully, I was terrified of what they told me. Terrified—and a little fascinated.

Other Seventh-day Adventist youth, less timid than I, decided that the tragic consequences we’d been told about were exaggerated. They wondered what else wasn’t true, and sometimes did their own research, to their detriment.

When an Adventist classmate suggested on a Saturday night when I was 17 that we attend a movie, I went along. We chose a picture based on Robert Massie’s historical novel about the last Romanovs, Nicholas and Alexandra. For days afterward I felt guilty, befouled, and wondered where this misstep would lead me. And, indeed, a couple of months later we went to another movie, this one slightly racier.

But I didn’t slide down the slope into hell. In fact, realizing that it wasn’t as simple as they’d told me let me define and own a more nuanced set of life rules.

So teach your children what you believe is right and what’s wrong. But tell it honestly, so they’re not confused when they test what you’ve told them (which they probably will). Mix in enough mercy so they’re not discouraged should they do things they wish they hadn’t. I’m not suggesting rumspringa, merely some nuance. The mistake made by some is to overprotect their children, keeping them at home without television or contact with the real world, so they emerge into adult life lacking a sense of moral proportion. The stricter the family, the more likely that the offspring will be either shallow hypocrites, or reject it all when they find out adult temptations and decisions are much more complicated than they were led to believe.

When you flatten all the forbidden things down to the same level in hell, it makes it hard to come back from even one trespass. A woman who’d grown up with this high-contrast moral teaching told me that when as a teen she finally gave in to having sex with her boyfriend, she felt guilt, but a sort of relief, too. Now that she’d stepped over the line she was on her way to destruction anyway, so why even try to hold on to all the many (poorly explained) rules she’d labored under? Years of various kinds of misbehavior followed, until she learned that sin wasn’t a one-way street. You could leave, but by God’s grace you could also come back. God was forgiving, and didn’t abandon you even when you turned your back on Him.

Indeed, to hold this high-contrast, never-a-single-misstep moral code, you have to ignore a lot in Scripture about forgiveness and second chances. You have to forget about the shameful actions of some of the best-loved of our Bible heroes, the ones on the picture rolls, who in spite of some considerable spiritual debilities played great roles in salvation history.

Forgiveness in Scripture is not sentiment or spiritual magic, but a workhorse for practical living. You’re forgiven by God and others in order to make another try at life. You needn’t be forever tainted in God’s eyes by past sins—though you may have done damage in the process that you’ll have to live with. I read Paul’s saying that, “everything is permissible for me—but not everything is beneficial” to mean that what makes it sin is not just that God has a rule against it, but that it hurts and destroys us, whom He loves. Sin is not just God’s marking down demerits on heaven’s blackboard, but present, sometimes permanent injury to ourselves and others.

I’ve never used marijuana. But I know that life choices are rarely black and white; there are many shades of gray. Most important is that young people know that even should they make some foolish choices, God never closes the door on them, and we don’t, either. 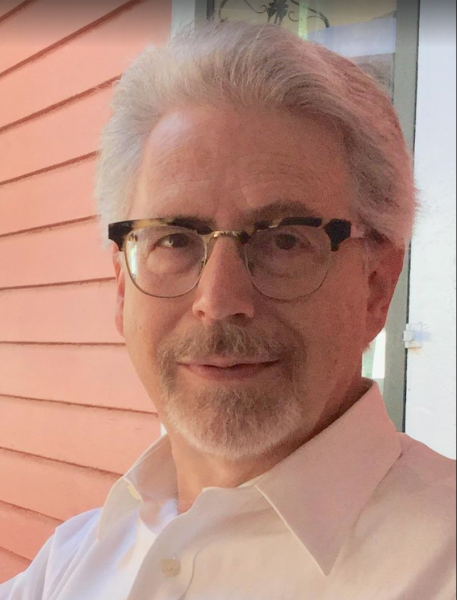 Loren Seibold is the Executive Editor of Adventist Today. A version of this article was originally published on the Spectrum magazine website in 2013.