The AT1 Gathering Begins 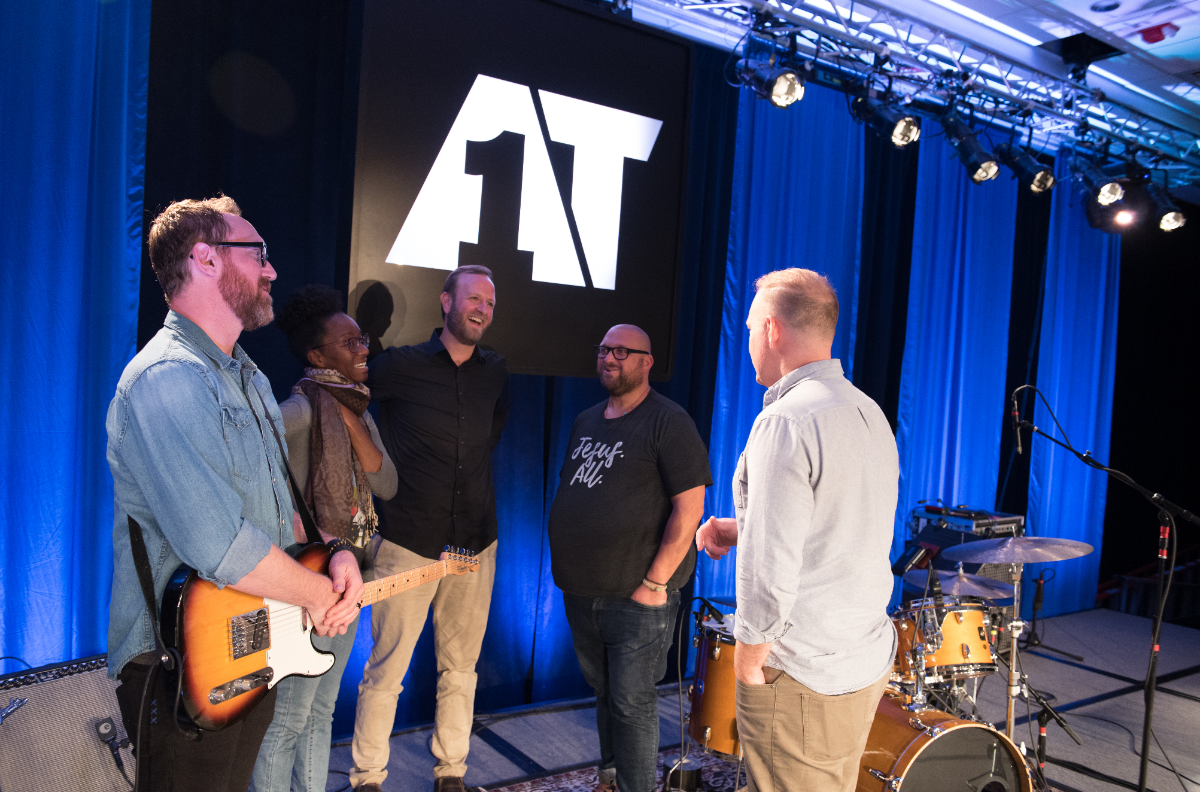 A crowd of about 200 people (with more still arriving) filled the Columbia River Ballroom Friday evening, October 4, as the inaugural AT1 conference got off to a powerful start here at the Embassy Suites Washington Square in Portland, Oregon. 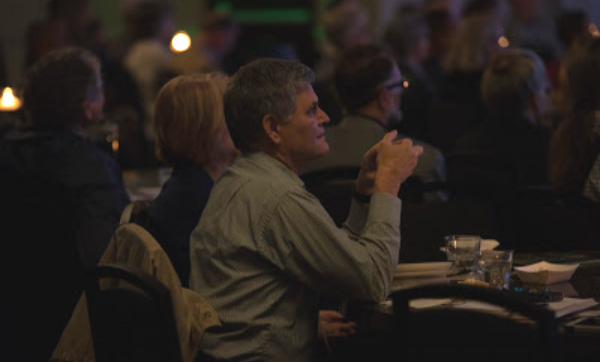 The rain outside did nothing to dampen the spirits of the enthusiastic crowd as a large praise band led by New York City-based musician, Nicholas Zork, took to the stage. Zork told the AT1 crowd that “God’s welcome is for everyone” as he led the praise singing. 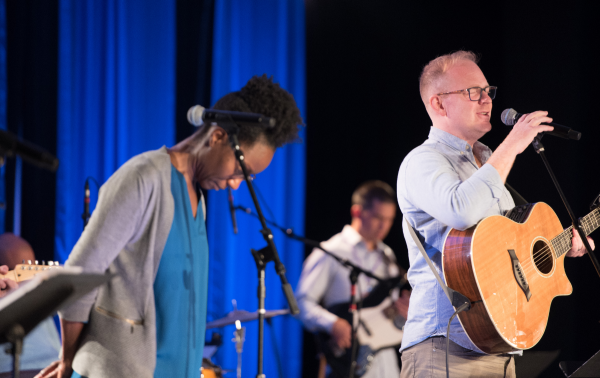 After a beautiful reading of 1 John 4:16-21 by Walla Walla University Professor of Philosophy, Linda Emmerson, Oregon Conference President, Dan Linrud shared a message titled Loving Well in which he told the story of the passing of his gay brother and his brother’s request that his funeral take place in the small Adventist church in which Dan and he were raised. 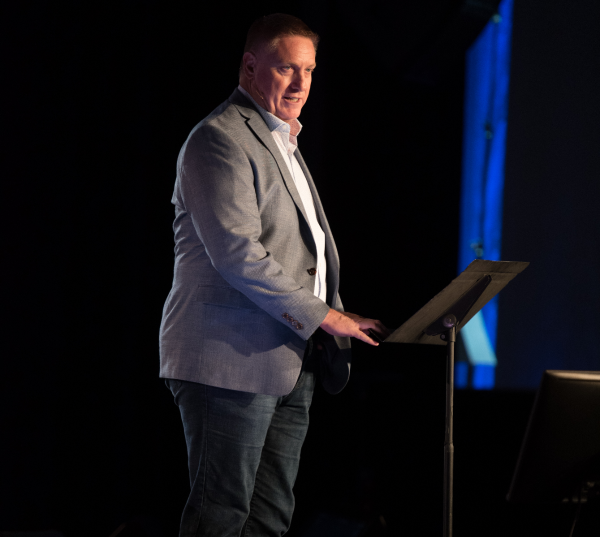 Linrud shared that the little congregation stepped up and gave his brother a deeply meaningful farewell. “They didn’t just open the doors; they opened their hearts,” said Linrud.

The second presenter for the evening was Loma Linda University Chaplain Dilys Brooks who completely changed thematic gears as she brilliantly delivered a presentation based on Ephesians 4:20-27 titled Dancing With Anger.

“I am glad that God gave us emotions,” said Brooks, reminding the crowd that Jesus got angry.

“I’m so glad they put that in the Bible!”

“I submit to you that what passes for anger is actually fear,” said Brooks, commenting on the angry tone of the national discourse.

Brooks challenged the crowd to “dance with anger” by using it as a way to be motivated to take action rather than simply allowing anger to turn into online trolling and vitriol. 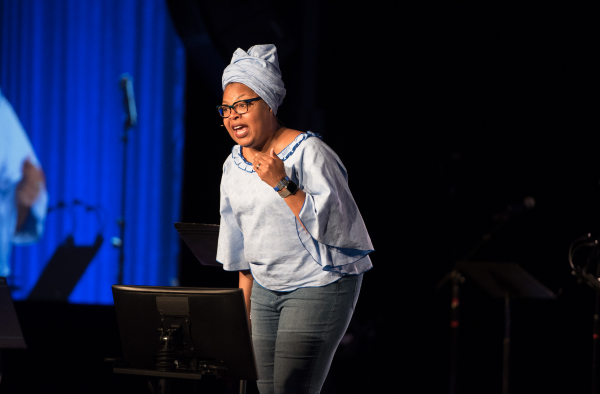 “My anger motivated me to get involved,” said Brooks as she mentioned race-based injustices that divide the denomination and the United States today, as well as the gender discrimination in Adventist ministry.

Brooks said that the country “cannot be great if not all people are equal.” 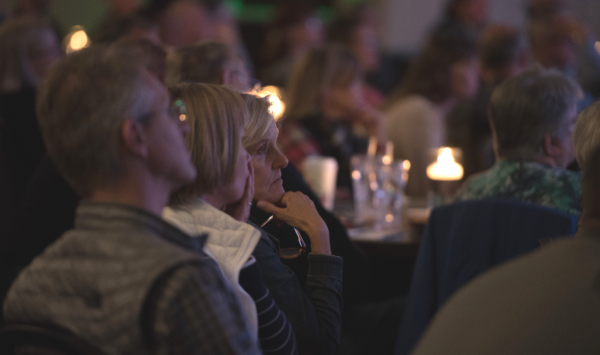 La Sierra University Associate Pastor of Practical Theology, Marlene Ferreras, and Washington Conference interim pastor John Brunt served as respondents to the two opening AT1 presentations. The two explained that they were not there to be critics but to open a conversation about what had been shared. 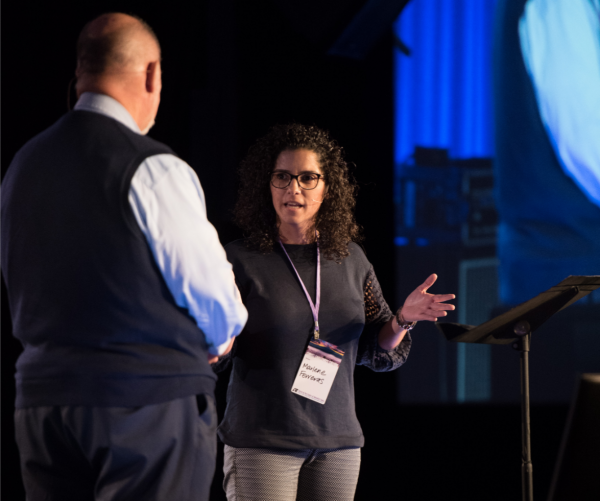 Brunt made the point that as touching as it was that Linrud’s childhood church embraced his gay brother in death by giving him a beautiful memorial service, that kind of love would have been better to show when the man was still alive.

Ferreras and Brunt also spent time talking about racial and class segregation in church, commenting on the fact that these divisions run uncomfortably deep and drive feelings of identity and alienation.

The evening closed with a moving short film created by Walla Walla University students titled The Voices We Don’t Have. Students featured spoke about their relationship to the Adventist Church and how they related to the church in light of recent bureaucratic decisions regarding gender, ordination and compliance.

As the first AT1 evening wrapped up, discussions continued as participants caught up with friends, made new ones and enjoyed the feeling of togetherness at this brand new Adventist gathering. 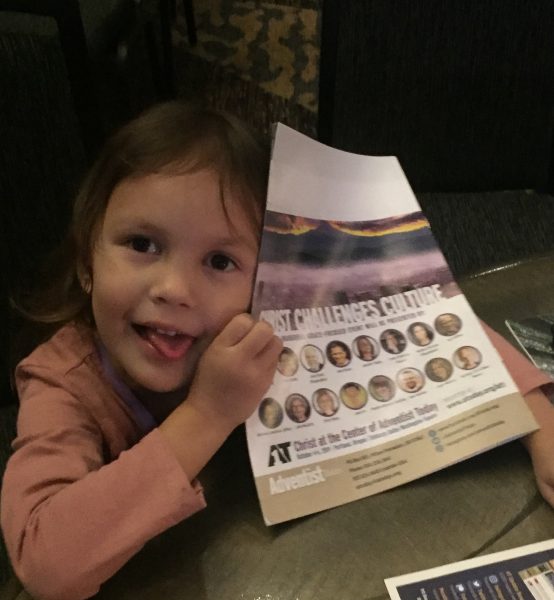 AT1 attendees came in all ages.