Day 2 of AT1 – The Gathering Grows 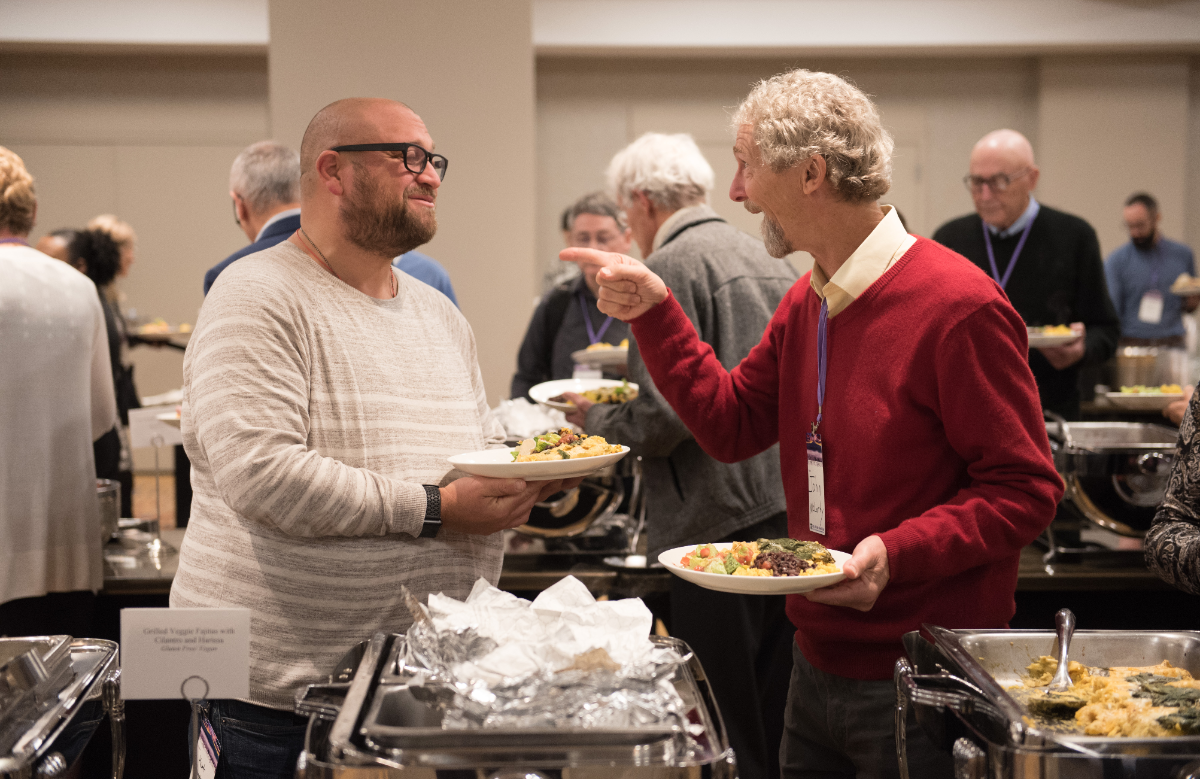 The AT1 gathering picked up steam as more attendees arrived for Day 2. The AT1 praise team led by Nicholas Zork led the room in song to start the day. The crowd had clearly taken to this team of musicians and confidently joined in singing classics like “Oh Come Let Us Adore Him” as well as the theme song for the event, “All My Hope.” 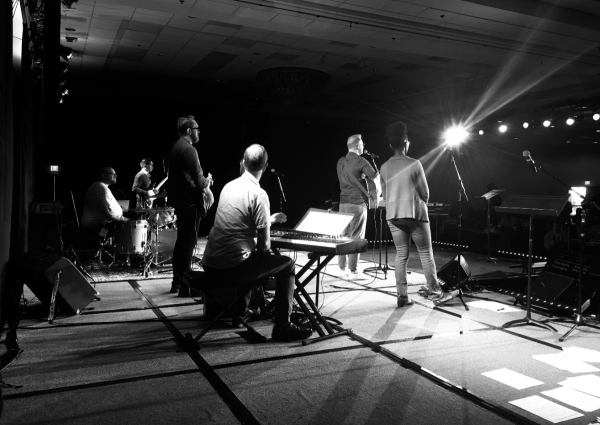 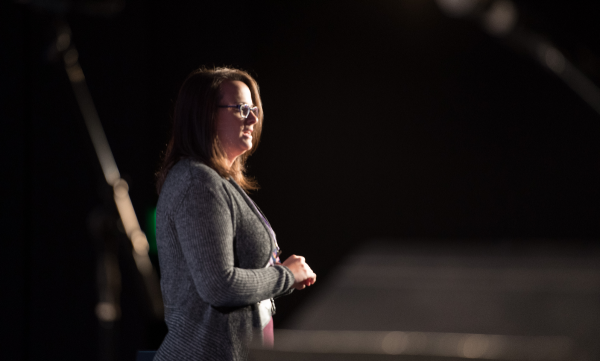 Deans spoke of true Christianity as an “all-in” experience that shows love even in extremely trying circumstances, such as the call to love “the guy at work who is trying to get you fired.”

Karl Haffner, vice president for student experience at Loma Linda University, grabbed everyone’s attention with his opening question: “How many of you have ever had a wayward sexual thought?” 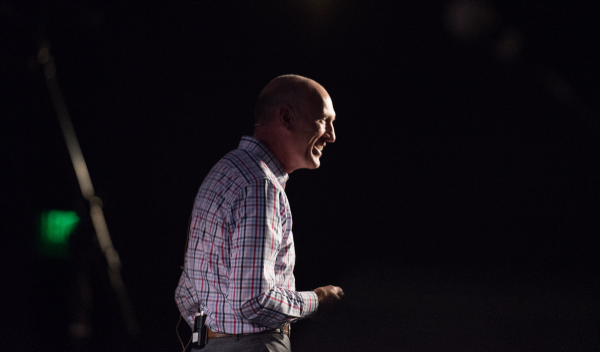 Haffner looked at how Jesus spoke of adultery of the heart. Christ showed that “everybody has an issue with managing their sexuality” and that fighting this reality with human power is futile. Haffner encouraged surrender to God and trust as the only way forward.

After characteristically insightful reactions from respondents John Brunt and Marlene Ferreras and a beautiful short film titled Origami Bull, La Sierra University Professor of New Testament Kendra Haloviak-Valentine spoke about how “fear is in the air” in society and how, among other things, it can distort judgment. She said that fear can make people perceive something of God as being “of Satan’s realm,” and that it can be used to justify “horrible actions and unjust public policies,” driving us to take refuge in tribalism. 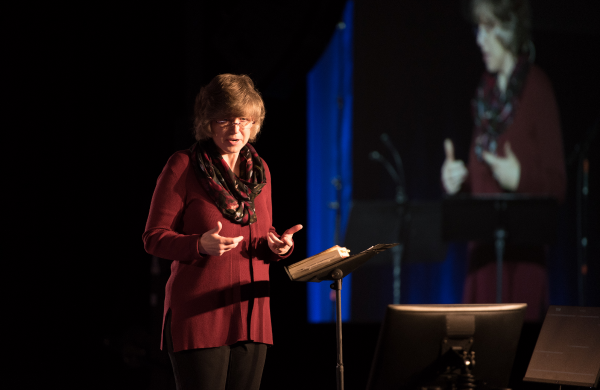 Haloviak-Valentine argued that, in the gospel of Mark, the opposite of faith is not doubt, it’s fear. She added that this gospel presents a new Exodus in which God is yet again with us in the wilderness, helping us as we face fear. 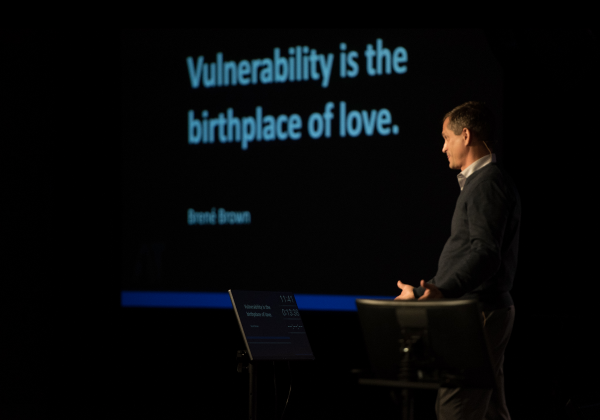 Alex Bryan, Mission Identity Executive at Adventist Health, was up next with a talk on motives. Bryan called for a new culture of confession for the Adventist community, noting that confession allowed for vulnerability and that “vulnerability is the birthplace of love.” 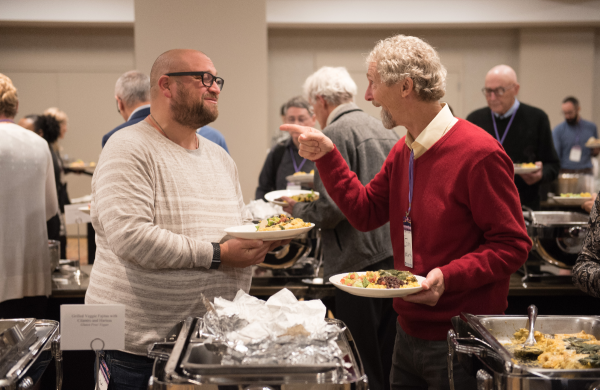 After a delicious buffet-style lunch and plenty of veggie-powered conversation, Joey Oh, associate pastor at Loma Linda University Church, challenged the crowd with a thought-provoking message titled “Us vs. Them” in which he argued for challenging categorization and following truth regardless of our bias as to its source. 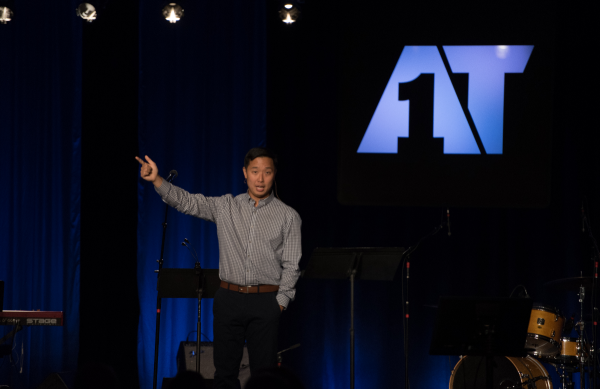 La Sierra University Church Senior Pastor Chris Oberg followed by leading the gathering in wrestling with the ideas of perfection and mercy, looking at Matthew 5:48, Matthew 19 and Luke 6:36-38. 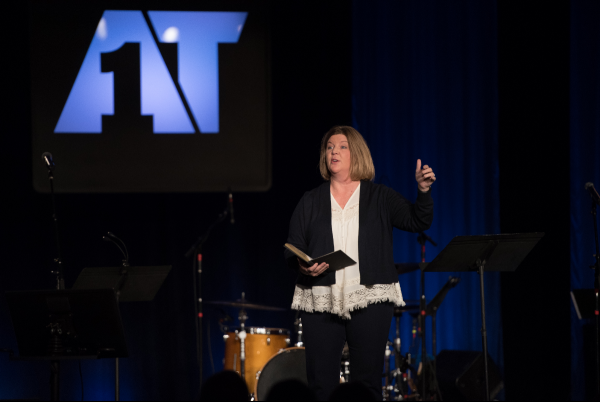 “This is not a question about how to keep the sin from coming inside but about how to let the generosity out,” said Oberg as she challenged the group to fresh thinking on authentic Christian living.

Emily Whitney, Spiritual Discipleship Pastor at Summit Northwest Ministries, led the 4 p.m. session with some provocative thoughts on the true experience of Sabbath. 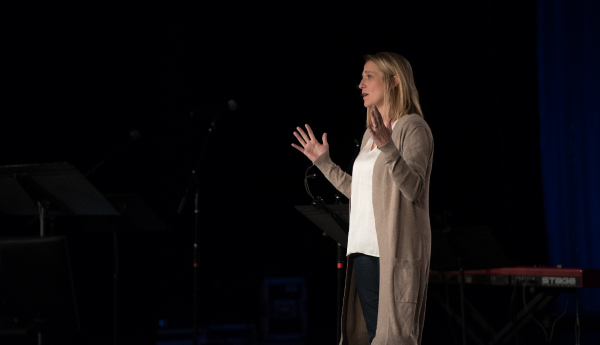 “In all of our wanderings and questionings I hope we end up at the feet of Jesus, Lord of the Sabbath… The Sabbath is not just about who He is but also about who we are called to be.” 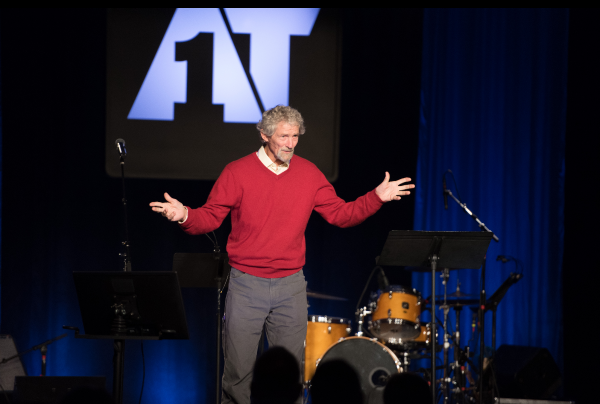 McLarty, who is current Senior Pastor for Green Lake Church in Seattle, emphasized that “Jesus was notoriously indiscriminate in his friendships and it’s interesting how often rich people show up in the stories as his friends.”

He said, “Jesus loves rich people, and he wants his people to have money because there is work that money can do.”

Challenging views on the role of the wealthy, McLarty stated, “God is not on the side of the rich. God sees us as his partners in ministry. We are the staff, not the customers.”

As Sabbath ended, Day 2 of the AT1 gathering drew to a close and the crowd dispersed in pursuit of dinner and a fresh round of catching up with friends and making new connections.

Special thanks to Adventist Today Governing Board member Keisha McKenzie for her help with the reporting for this piece.