The Agnostic Before Christmas 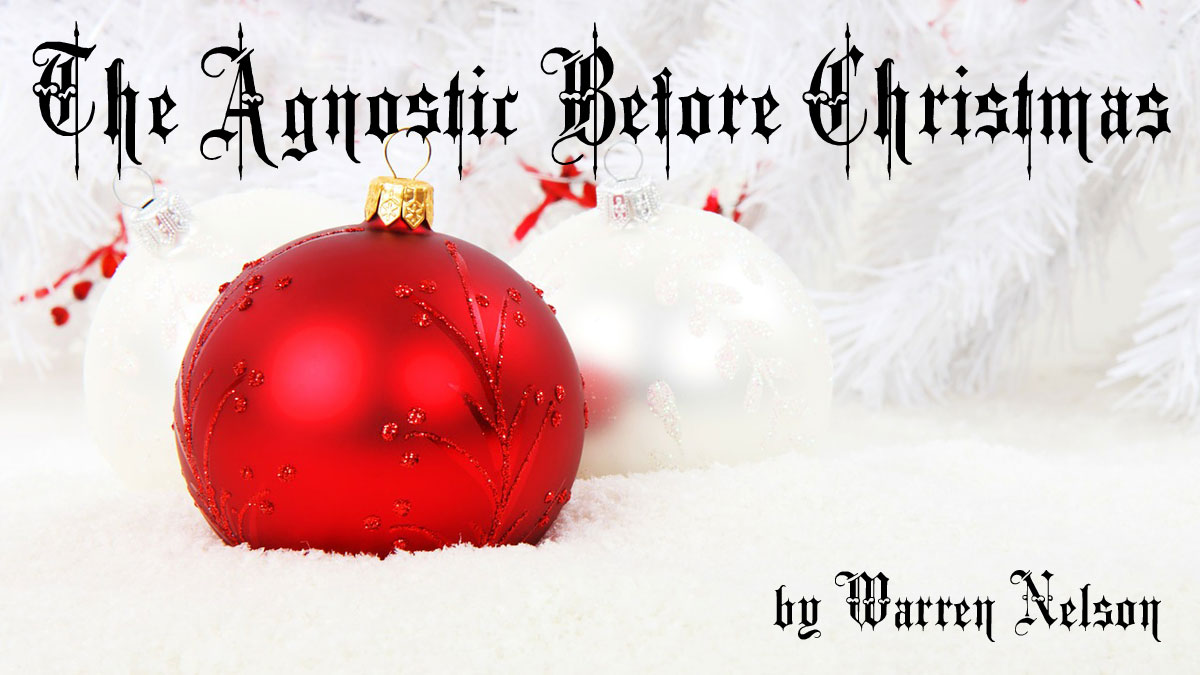 One of the upsides of being an agnostic is that, by definition, I don’t know! Ever since I adopted that label to help my friends and family understand some key decisions I’ve made, my joy at listening and performing religious music, especially at Christmas, has puzzled some.

One of the upsides of being an agnostic is that, by definition, I don’t know! Ever since I adopted that label, my joy at listening and performing religious music, especially at Christmas, has puzzled some.

And, when asked about it, I have simply replied, “I don’t know.”

That’s only a little disingenuous. Actually, I have a few specific thoughts though actual answers are little harder to come by.

Beauty is beauty. It isn’t limited by the labels we so promiscuously apply as we try to figure out life. Beauty creates a response in us. Granted, that response can vary by person and personality, but some beauty is just not ignorable. The beauty of Christmas is one of those that’s hard to ignore for the Christian and the pagan.

So many of the things that make Christmas Christmas are borrowed, adapted, yea, stolen from non-Christian sources and yet the fact that these pagan vestiges produce great joy for Christians at this time of year is of some interest to me.

It seems that “sanctifying” the pagan Tannenbaum, the Christmas tree, the Yule log on the fire, rescheduling the “birthday of Jesus” to accommodate Winter Solstice celebrations, adopting, adapting and finally amalgamating the St. Nicholas story from Catholic hagiography and pagan deities into the universalist jolly fellowdom that is Santa Claus, and on an on, all come together to produce that Christmas feeling that Christian and pagan alike can share.

That I no longer believe in the literal birth of a of a baby God does not make music about that birth, written by those who do, any less moving. That Christmas trees are actually a Christian adaption of a pagan fertility symbol doesn’t make them smell less good in my house or their decoration less fun and wonderful to behold.  And, parenthetically, that the US national anthem tune is borrowed from a British drinking song, doesn’t mean the anthem doesn’t leave goosebumps when I hear it performed well.

Just last weekend, I played in the Portland Tuba Christmas concert in Pioneer Square in Portland, OR. Last Christmas, Santa brought me a baritone horn and a year’s worth of lessons. And last weekend I got to cross off one of my bucket list items! Over 200 sousaphones, tubas, baritone horns and assorted other low brass performed an hour and half of Christmas carols, both sacred and secular. Yes, secular Christmas carols exist!

In fact, one of my first memories of Christmas was walking through the men’s clothing department at the Montgomery Wards store in Vancouver, WA. I could barely see the piles of shirts and sweaters on the tables but I remember feeling warm and safe and happy and absolutely in awe of Bing Crosby and Rosemary Clooney singing “Silver Bells” playing on the store’s public address system. That store is long gone, but whenever I hear that song, those memories come flooding back.

Years later, I was in the ensemble singing group, the Cantando, at Columbia Academy, in Southwest Washington. One evening, after a Christmas performance in Oregon City, we had an hour drive back to the school and during that ride it started snowing.

The six miles from interstate highway into Meadow Glade (the little village that housed the school) consisted of a series of rolling hills, several of them with stop signs near but not at the top of the hill. A couple of inches of snow had accumulated and at one intersection our driver stopped and then couldn’t get us moving. The tires just spun.

While the adults on the bus debated what to do (no cellphones in 1969) and snow fell past the bus windows, one of the group started singing “Silent Night.” All the other 15 voices joined in and while the snow fell we sang that most beautiful of Christmas hymns with all four choral parts. I am choking up as I write this. It was beyond magical.

The song ended and the solution arrived at was that we’d all get out and push the bus. It worked. And the mood changed from magical to hilarious as we tugged and shoved the bus until there was traction to be had.

It seems that “sanctifying” the pagan Tannenbaum and Yule log, rescheduling the birthday of Jesus to accommodate Winter Solstice celebrations, and amalgamating the St. Nicholas story from Catholic hagiography and pagan deities into the universalist jolly fellowdom that is Santa Claus, all come together to produce that Christmas feeling that Christian and pagan alike can share.

Then, there is the family and Christmas. For me that meant my grandpa taking 16mm movies of our family’s yearly Christmas Eve event from the time my dad was 10, in the mid 1930s, until my grandpa was felled by a stroke in the late 1960s. Christmas for me meant the family together and cameras rolling and a new Tonka truck!

And while this is not a universal experience, it is one that many can relate to. It is a time of fun, food, great music and a general feeling of goodwill. And, yes, one can celebrate the birth of a god/man even if one doesn’t believe in that literal event, right along with the true believers, because it’s fun!

Finally, this is one time when I am willing suspend my disbelief and actually accept the idea that changing our minds about each other can actually change how we treat each other.

This is one time when I am willing suspend my disbelief and actually accept the idea that changing our minds about each other can actually change how we treat each other.

And, lo, the angel of the Lord came upon them, and the glory of the Lord shone round about them: and they were sore afraid.

And the angel said unto them, “Fear not: for, behold, I bring you good tidings of great joy, which shall be to all people. For unto you is born this day in the city of David a Saviour, which is Christ the Lord. And this shall be a sign unto you; Ye shall find the babe wrapped in swaddling clothes, lying in a manger.”

And suddenly there was with the angel a multitude of the heavenly host praising God, and saying, “Glory to God in the highest, and on earth peace, good will toward men.”
Luke 2:9-14 KJV

Can you imagine the number of people in the world who would respond to a message of no fear and tidings of great joy? Earthly peace and goodwill? And that’s what this baby brings? Who wouldn’t rejoice, believer or not?

What if it’s just a fairy tale? Who cares? It could happen, right?

Garth Brooks released “Belleau Wood” on his album “Sevens.” This song (NOT the official video, but the music is there) tells the story of the World War I Christmas truce. Germans and Allies crawled out of trenches when a German soldier began singing Christmas carols. Laughter, joy and goodwill filled the night in a place where evil, death, pain and sorrow had reigned just minutes before. You can read about it here. Brook’s song ends with these verses:

I’ve seen lives transformed, both in the sphere of religion and outside of it. And the common denominator is summed up in two words. . . fear not.

Here is what Christmas means to me and why I celebrate so joyously. We don’t have to wait for some future moment to “get to heaven.” It’s here. We just need to get past the fear and find it among us by, of all things, loving one another.

Having grown up Adventist, learning memory verses in school, K-16, this one popped into my head and it seems an apt conclusion to these ramblings.

Jesus, grilled by the Pharisees on when the kingdom of God would come, answered, “The kingdom of God doesn’t come by counting the days on the calendar. Nor when someone says, ‘Look here!’ or, ‘There it is!’

Last weekend, sitting in the midst of 250 tubas playing “Silent Night,” with hundreds of people singing along, I think we all, Christian and pagan, saint and sinner, found it. . . at least for a few minutes. 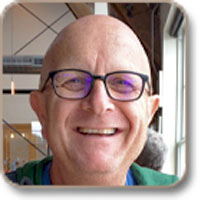