Wilson posted the following message on his official Facebook Page:

Friends, It is with sadness that I let you know our little almost- eight-year-old grandson, James Wright, died this morning from a long-standing rare illness called Alexander Disease. He was the fourth child of our daughter, Elizabeth and our son-in-law, David. Let me share the precious words sent this morning by our son-in-law, Pastor David Wright: “Just wanted you all to be aware that James Wilson Wright passed away this morning at 5:48am while being held by his mother and each of his siblings around him. We were singing ‘Redeemed, How I Love to Proclaim It’ when he passed. We will be burying him today about 2:00 pm in our family cemetery in western North Carolina.”

Nancy and I will be with the family and will dig the grave in the family cemetery this morning. Thank you for praying for the family and all of us and all those who have lost loved ones.

Soon Jesus will come with the trumpet sound to wake up James and all those who have died in Him and we will all live eternally because of Christ’s grace, righteousness, and salvation! Let us be faithful on our daily connection and dependence on Jesus. We’re looking forward to that approaching glorious day of Christ’s second coming! Maranatha!

Wilson followed up the post with a June 11 update, thanking those that had posted “sympathies, condolences, and your prayerful support regarding the recent death of our precious grandson…”

He added, “James loved Jesus and enjoyed music so much…. He would try to direct the music whenever he could! God has blessed in so many ways during this difficult process and we have hope in the coming of Christ! We will see James again, by God’s grace.” 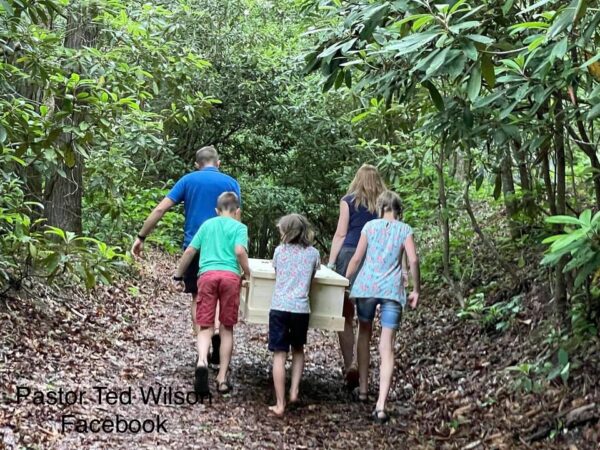 “Assimilate into Mainstream Culture, or Else!” Aunty, my bride can’t wear the white virginity veil