“Assimilate into Mainstream Culture, or Else!” 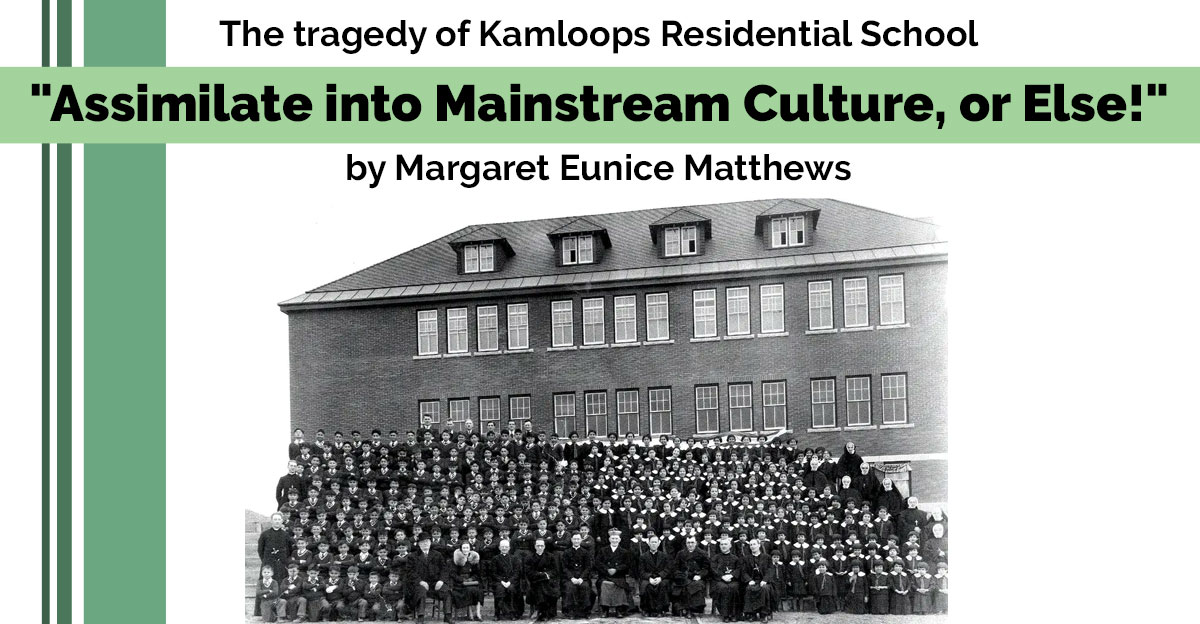 Recently the news and social media erupted about a discovery at the Kamloops Residential School in British Columbia, a discovery which has agitated people and aroused compassion and sympathy.

The Kamloops Residential School first opened in 1893 and closed down in 1969, sometimes having as many as 500 students. There were 139 similar residential schools in operation across Canada (except for Prince Edward Island, New Brunswick, and Newfoundland) which housed indigenous students of First Nations, Métis, and Inuit cultures. The mandate for the authorities who operated and ran these schools was to “get the Indian out” of these native children, to make them assimilate into mainstream culture. They attempted to erase their language, worship, tribal chants, drumming, and other cultural practices, thus severing the ties that sustained their identity.

If that weren’t enough, the children in these residential schools were deprived of the basic necessities of life and treated harshly. They suffered from malnutrition. They were so abused sexually, physically, emotionally, and mentally that their lives were a living hell. They were deprived of sports, recreational activities, and all kinds of play. They were punished for being unable to speak English, and whipped for things like bed-wetting, running away, smiling at someone of the opposite sex, or communicating with their siblings. Often they were punished for no apparent reason. They suffered from trauma, nightmares, and fear.

Some of the indigenous children ran away, never to be seen again. It is now known that at least 3,200 children died amid neglect and abuse. There was talk of a graveyard nearby, although no one seemed to know the exact location.

When records seemed to show that children at the Kamloops Residential School had gone missing, a search with ground-penetrating radar revealed the remains of 215 indigenous children, some as young as three years old, in unmarked graves. The revelation initially aroused the defensiveness of the perpetrators, the priests and nuns who had run the residential school.

But it was impossible to deny what had happened. The children who survived their residential school experience are now in their declining years, but the experiences cannot be erased from their memories. One survivor explained in an interview that he was at a residential school from 1959 to 1963, from kindergarten through third grade, and was a first-hand witness to the atrocities committed by the priests and nuns who ran the schools. What irony—that those who are committed to advocate for God’s love and acceptance were to blame for this cruelty!

The Federal Government is trying to make amends for the mistreatment of these children—victimized through no fault of their own, for racial identity is something one cannot change. A Truth and Reconciliation Commission has made attempts to compensate victims and their families with monetary compensation. An apology is expected from the perpetrators of these horrific crimes, including the Pope and the Roman Catholic Church.

Should one have to reject his or her cultural identity to assimilate into culture? Prime Minister Justin Trudeau and his father, Pierre Elliott Trudeau, advocated for Canada to be a multicultural country, made up of immigrants from around the world. People of other cultures have talents and abilities that they bring to Canada when they immigrate here, which adds to the richness of culture, art, music, cuisine, and other traditions, all of which enrich our lives. Acceptance, inclusion, and pluralism should be upheld in Canada.

And shouldn’t that include the people who were here first? It is evident that the original landowners of Canada, on unceded territorial land, are the indigenous peoples. When the French settlers first arrived they took what was not theirs, and pushed the native peoples aside.

There’s a fable of an Arab whose camel, complaining of the cold, convinced the man to allow it to put its nose into the tent. The good-hearted Arab felt sorry for the camel. But once the camel had its head inside the Arab’s tent, it gradually inched its way into the tent, and then pushed the Arab out of his own tent.

This isn’t unlike what happened when the early settlers took over the territory which rightfully belonged to the indigenous peoples. Little by little the Europeans moved in, and then began to push out the native peoples from their own home.

What would Jesus do?

If Jesus lived in our age and saw the atrocities rendered towards innocent indigenous children, what would he say? What would he do? Would he, in righteous indignation, drive out the perpetrators and bring about social justice and fairness?

Indeed, that is precisely what he will do someday, when he comes again. 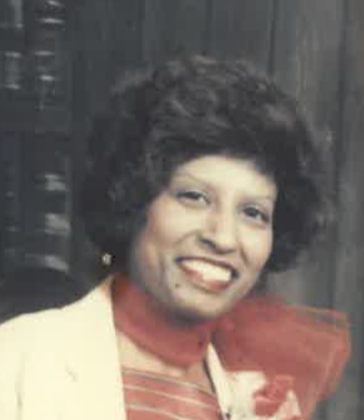 Margaret Eunice Matthews’ grandparents converted to the Adventist faith when Eric B. Hare came as the first Adventist missionary to Burma. She has been writing since she was young, and also does gospel music concerts. She resides in British Columbia, Canada.