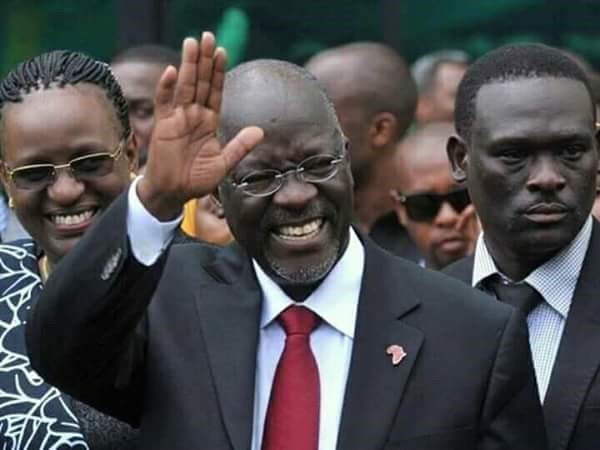 By Tysan, September 6, 2017:       President John Magufuli of Tanzania worshipped with the Magomeni Seventh-day Adventist Church in Dar es Salaam on Sabbath (September 2). Gerson Msigwa, one of the president’s communication aides released a statement the next day in which the president said that he enjoyed the visit.

Along with his wife Janet, an primary school teacher, President Magufuli greeted the congregation at the end of the worship service. He congratulated the church for its positive contribution to the spiritual enrichment of its members and the social services of the Adventist denomination across the country. Addressing the union conference president, the nation’s president said, “Bishop, I am so grateful for your wonderful sermon. I am really touched. Many of the denominations, yours included, provide a big social contributions to our nation and we assure you of government support.”

President Magufuli was a chemistry teacher and worked in industry as a chemical engineer before entering government service with portfolios involving infrastructure. He was elected president in 2015.

Tanzania has a population of about 53 million with about one million Adventists (including children too young to be baptized as yet and those who identify with the Adventist faith if they are not officially members) in some 3,000 congregations. In addition to the University of Arusha, the denomination operates 11 secondary schools, 22 medical clinics, a hospital, a publishing house and a media center in the country.

Since independence in 1961 several Adventists have served in government and done an excellent job, although a few have brought shame to the Adventist faith. This includes one notorious case of the Adventist who was the official in charge of the Prevention of Corruption Bureau and proved to be corrupt.

After church, some of the members commented that David Maraga, the Adventist serving as chief justice in Kenya “had taught a lesson to African governments to pay attention to Adventists because their honesty proves to be a positive.” Perhaps this is an encouragement to Adventists to see their engagement with the surrounding culture and political institutions as an important witness along with the denomination’s evangelism projects.

In the featured photo, President John Magufuli of Tanzania waves to the crowd as he leaves the Magomeni Adventist Church in Dar es Salaam. Photo taken by the Adventist Today reporter on the scene.