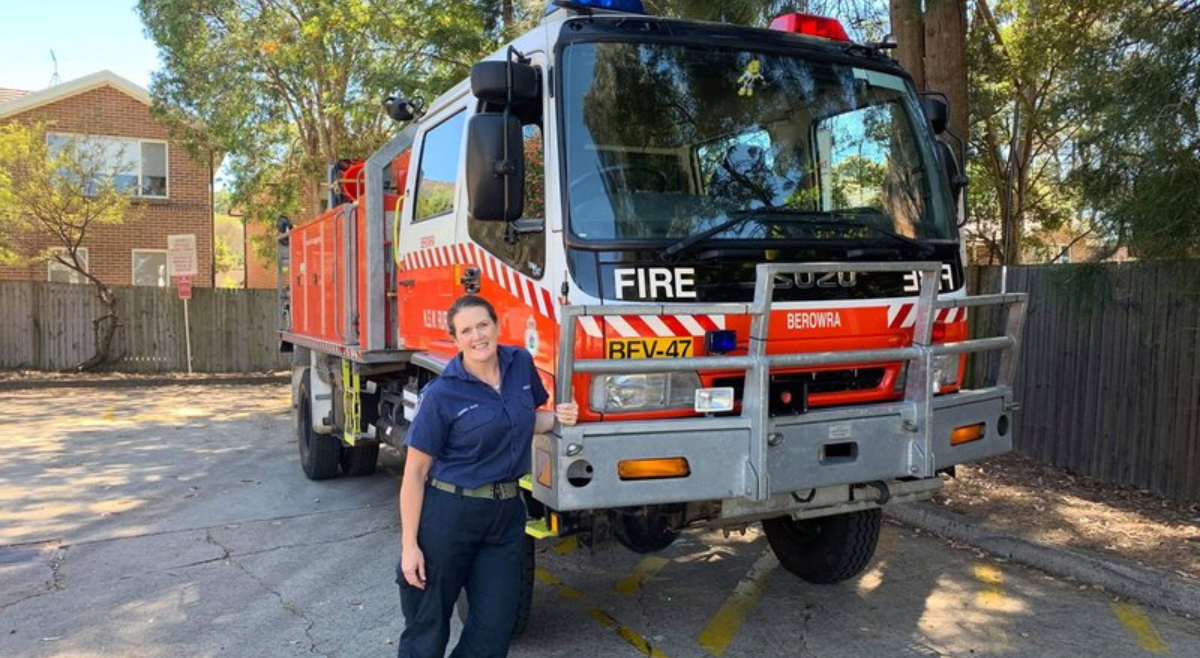 Sydney Adventist Hospital has so far raised more than $A20,000 for the Red Cross bushfire relief appeal.

Staff have generously donated $10,000, which has been matched by hospital administration.

Many staff have also been personally involved in the firefighting effort as volunteers, including radiology department medical secretary Debbie Staggs. She and her husband are both members of the Berowra Rural Fire Service (RFS).

“I joined nearly 10 years ago when two of my daughters were in the Junior RFS brigade and I had free time so I decided to give it a go,” Mrs Staggs said.

“I have a medium rigid truck licence, so I drive the Cat 1, which is the big fire truck, and the Cat 7, which is our smaller truck.

“We are involved in putting out fires, backburns, hazard reduction and property protection. Our brigade also gets call-outs to the M1 [motorway] for accidents.”

San Radiology clinical nurse specialist Neil Mendonsa has been using his specialist skills as a volunteer with St John Ambulance since he left school more than seven years ago.

During the recent fire crisis Mr Mendonsa was flown into Armidale and based at a camp at Yarrowitch in northern New South Wales.

“It’s the first deployment I’ve been involved with,” he said. “I was partnered with another nurse from Queensland.

“We did 24/7 call/response for the firefighters for seven days. We also ran a general health type clinic during shift change hours and treated various injuries and ailments, mostly minor, including some minor burns, smoke inhalation and smoke in eyes, and other respiratory conditions.

“The nearest back-up ambulance crew was at the hospital around an hour away so we were mostly focused on keeping patients onsite and thankfully didn’t have anyone who needed transport.

“We had access to helicopter retrieval teams if necessary and it was great to see the collaborative effort between organisations like St John Ambulance, NSW Ambulance, NSW RFS, National Parks and Wildlife Service and the SES.”

Hospital CEO Brett Goods said it has been humbling to hear the selfless efforts of doctors, nurses, pharmacists and other hospital staff who have volunteered.

“However, I’m not surprised. Our staff and doctors care about people, which is why many of them work here at the hospital.

“Dozens of others were not actually involved in fire-fighting but again have shown their great community spirit by donating to our campaign as part of the Red Cross fire relief appeal.

“I’m incredibly proud of everyone. We are a community hospital and this is another way to show it.”

The Adventist Record is the official news and commentary publication of the Adventist Church in the South Pacific region.