God and the Big Bang 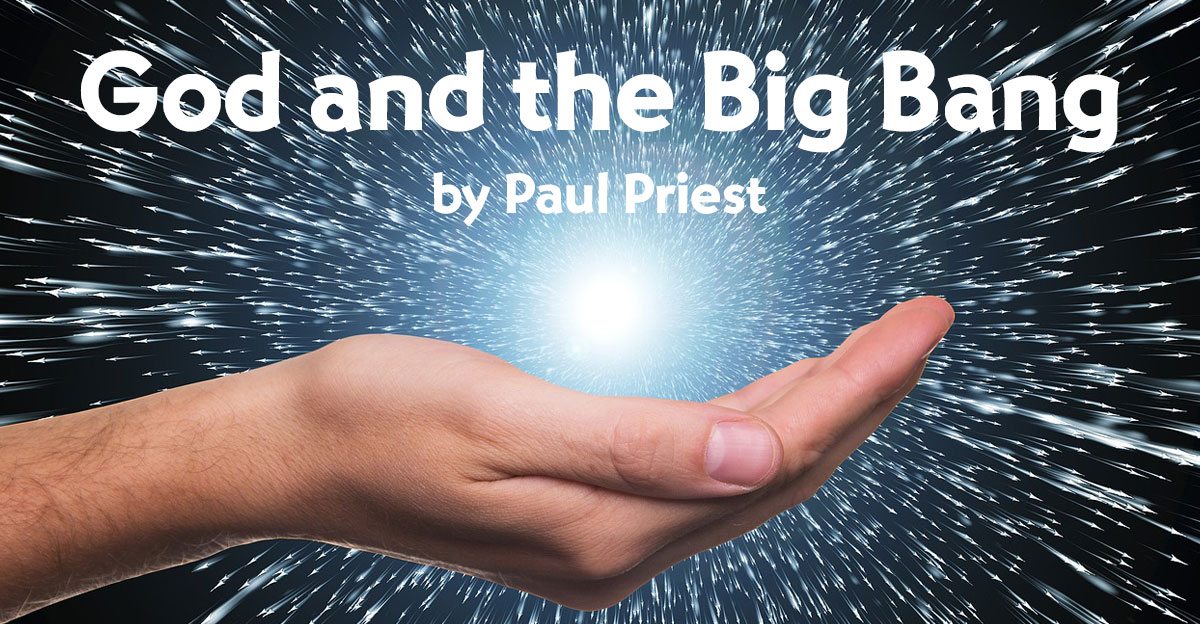 Where does the authority concerning the interpretation of the universe reside? In science, in scripture, or both? Paul asserts that the invisible things of God are understood by the things that are made (Rom. 1:20). The things that are made—nature—speaks truth as surely as scripture. The same God who inspired scripture created the universe. Since God doesn’t lie or deceive (Heb. 6:18), the two should agree. Any conflict between the two must be attributed to human misinterpretation. Since God is the source of both, they inform each other, and throughout history we’ve seen that played out, such as when Galileo’s science corrected the misinterpretation of the geocentric solar model.

When one looks at the night sky all that can be seen are the stars of the Milky Way. In the early 1900’s it was assumed by many astronomers that the universe was just the Milky Way and that it was static or unchanging, that is, it was neither expanding nor contracting. People also believed that the universe had always been; it was eternal. Even Einstein held those beliefs.

In 1927 Georges Lemaitre extrapolated the predicted expansion of general relativity backward in time to its beginning. Carlos Calle explains it this way. If you think of the universe as a sphere, its circumference would be a large circle. If you run the expansion backward, the universe contracts; the circle gets smaller and smaller. Stack these circles and you get a cone. The tip of the cone represents the origin of the universe, the beginning. Lemaitre called that point the “primeval atom.” Today it’s called the initial singularity.[1] The “big bang” comes from the explosive expansion of that primeval atom. In this essay I will use primeval atom because it is easier to mentally visualize it than a singularity.

The construction of bigger telescopes resulted in the discovery of hundreds of other galaxies. In 1929 Hubble provided the physical evidence that the universe was expanding, based on his measurement of the movement of far-off galaxies. As a result, Einstein removed the cosmological constant. The expanding universe measurement has been repeated many times since. The expansion of universe is an established fact, which means the universe had a beginning.[2]

Was there a primeval atom? Scripture says, “Every matter must be established by the testimony of two or three witnesses” (2 Cor. 13:1). The primeval atom’s existence is based on the following physical evidence (witnesses): (1) an expanding universe; (2) the abundance of hydrogen and helium in the universe that resulted from the conversion of the energy of the primeval atom into matter (E=mc2) following the big bang. The ratios of hydrogen and helium measured ares what was predicted by the big bang theory. (3) Cosmic microwave background radiation that resulted from energy released at the big bang; and (4) the increase of entropy—which will be explained below.

The big bang is the best supported theory in cosmology. Any alternative model for the origin of the universe must account for these four pieces of physical evidence.

The primeval atom consisted of pure energy. Matter, space and time did not exist. Just energy. It contained enough energy to form 300+ billion galaxies, each containing about 100 billion stars or more.

The expansion of the primeval atom, the big bang, created space and time, called spacetime. It’s continued expansion today also creates more spacetime. Where did that primeval atom come from? What existed before its creation? Steven Weinberg says, “This we do not know, and have no way of knowing.” [3] Our scientific knowledge of the origin of the universe stops at the primeval atom.

There are some scientists that still promote an eternal universe. Models such as the cycle universe and multiverse are examples. These models attempt to extend the universe beyond its beginning. However, these models lack testability and are mostly speculation.

Understanding the primeval atom is important because it provides the most powerful argument for, if not a proof for, the existence of God. It also speaks to the divine nature of God, His invisible attributes.

Consider the following argument. If there was ever a time when there was absolutely nothing, then nothing could exist today, not even God. Something can’t come from nothing. The Law of the Conservation of Energy says that “matter can neither be created nor destroyed.” You can’t get something from nothing. However, there is something: the whole universe. Consequently, there is either an eternal God or eternal matter, but not both, because they are mutually exclusive. If matter is eternal, then God cannot account for it; He would not be omniscient. If matter can exist independent of God, then God did not create it; He is not omnipotent. If matter is eternal, God loses the attributes that make Him God. He ceases to be God. [4]

Is matter eternal? The primeval atom speaks to the universe’s beginning. A universe with a beginning is proof of God. In fact, any physical entity that points to a beginning is evidence for God.

The Second Law of Thermodynamics also shows that the universe had a beginning. The law states that the level of disorder in the universe is continually increasing. Entropy is a measure of disorder. A measure of high entropy means high disorder. The Second Law of Thermodynamics says that friction slows things down; it never accelerates them. A broken cup doesn’t reassemble itself. Heat flows from hot objects to cold ones, not the other way around. Entropy is a one-way flow only. When hot water is mixed with cold water, the heat flows from the hot to the cold until the temperature is the same. At that point the flow of entropy stops.

The Attributes of God Revealed by the Primeval Adam

The apostle Paul says, “For since the creation of the world (universe) God’s invisible qualities−his eternal power and divine nature−have been clearly seen, being understood from what has been made, so that people are without excuse” (Rom. 1:20 NIV). The psalmist says, “The heavens declare the glory of God; the firmament shows his handiwork.” (Ps. 19:1 KJV)

Love, among other things, is an attraction, and attraction exists on a cosmic scale; it permeates the entire macrostructure of the universe. It is the basic binding energy provided by the three forces built into the primeval atom. The strong force holds the nucleus of each atom together; the electromagnetic force attracts the electron of the atom to its nucleus. It also is responsible for binding atoms into molecules. Gravity holds the planets, the stars and the galaxies together and is responsible for their orbits.

Some may be uncomfortable with the idea of evolution presented in this essay. Evolution is about change that occurs over a period of time. The opposite would be no change over time, and yet everything in the universe speaks to change. It is the forces of nature that God created that cause change.

Many people believe that change (evolution) is an unplanned, purposeless natural process driven by random chance events. But scripture say that anything that has ever existed, including the process of evolution, God created (Jn.1:3; Col. 1:16). The process that I present in this essay is God-planned and God-designed. It has a purpose and a goal. “The Lord by wisdom hath founded the earth; by understanding hath he established the heavens” (Prov. 3:19). Did God create the universe by speaking every galaxy, star and planet into existence, the whole universe, as it appears today, instantly? Or did He create by using a continuous natural forming, occurring over a long period of time—a designed evolutionary process?

The Bible speaks of a continuous process of change and growth, as evident in the creation of human life. King David says that he was formed in the womb (Ps.139:13-14). Jeremiah quotes God as saying “before I formed you in the womb…. ”(Jer. 1:4-5). Job speaks to his own creation, “Your hands fashioned and made me…” (Job 10:8-11). If David, Jeremiah and Job were formed in the womb, then their parents, grandparents, great-grandparents and so on, were also formed by God in the womb. In the case of living things, sexual reproduction coupled with genetics and mutation is the basis for evolutionary change in living things. A continual creation in the womb, joined with change as a result of sexual reproduction, is an evolutionary creation.

In the same way, there has been a continual creation of the universe, from the primeval atom to the universe as it is today. This is God’s method of creation.