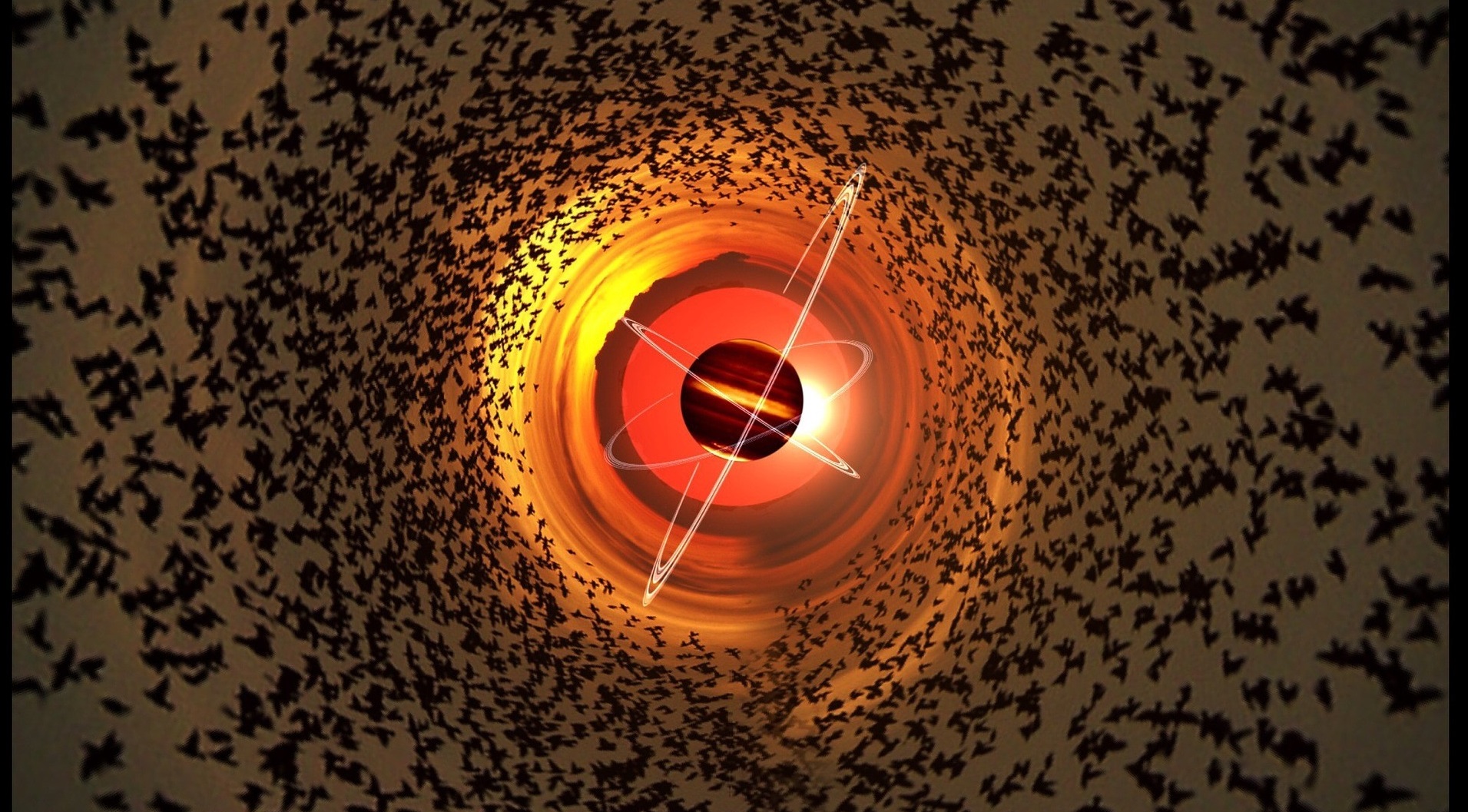 Swarming (defined as “moving somewhere in large numbers”) in the animal kingdom occurs with regularity.

As with mating, birds do it. Bees do it. Other insects, too (notoriously, locusts, which can do so in such numbers – millions, approaching a billion – they can blot out the sun, as recorded in Genesis 10:15). Bats do it. Fish do it. Also, land animals, including the wildebeest.

Among those with wings, one of the most spectacular examples is the starling, a small, rather unremarkable bird when perched. When it takes flight, however, it may be quite different. 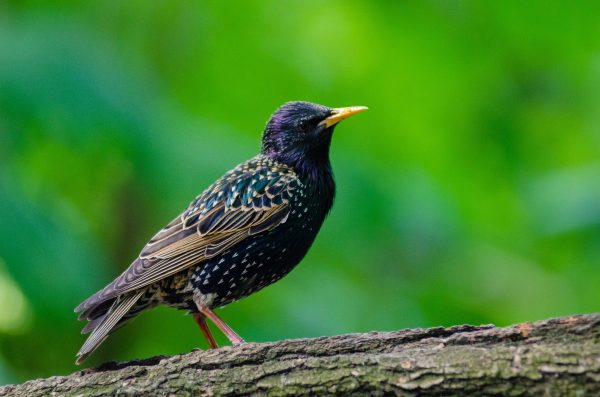 Near agricultural land and sometimes in response to attack by a predator such as hawk or falcon, flocks of starlings, which may number in the tens of thousands or more, perform an aerial ballet called murmuration that appears to confuse the predator and induces delight in humans who watch the shape-shifting clouds of birds swirl like quicksilver in unpredictable manner.

Prior to encountering this word (and phenomenon), the only “murmur” with which I was familiar was the abnormal sound emanating from the heart and detectable by auscultation, due to a variety of conditions. Although sometimes benign, it was more often a cause of concern.

And “murmuration”? That was new to me. Something to learn and perhaps incorporate into usage.

One of the dictionary definitions is “the act of murmuring, of uttering complaining noises, or grumbling.”

Old Testament of Holy Writ speaks of Israelites murmuring against Moses. Christ cautioned disbelieving Jews, “Murmur not among yourselves” (John 6:43). And Paul admonished: “Do all things without murmurings” (Phil. 2:14).

Scientists have discovered that individual starlings realize there is augmented safety in numbers and, in response to predatory attack, they do not scatter, but, rather, move as an intelligent cloud in the air.

Giorgio Parisi, theoretical physicist at the University of Rome, led research of murmuration and, along with colleagues, wrote this: “The change in the behavioral state of one animal affects and is affected by that of all other animals in the group, no matter how large the group.” 1

So flock size doesn’t matter. If one bird changes direction or speed, so do others. Birds tend to be separated from neighbors a distance approximate to their wingspan. Keeping close to one’s neighbor is important, but so is avoiding collision. In other words, be close but not too close (moderation in all things?).

In 2012, Parisi’s team showed that each bird reacts to the seven birds nearest it, and movement results from short-term reactions. They likened murmuration among starlings to magnetism in ferromagnetic substances, as electron particle spin aligns with others when metals become magnetized.

The number 7 may have significance that has been only (relatively) recently appreciated. No doubt further discoveries await, but numerologists should not hold their collective breath.

In addition to being a source of visual enchantment, murmuration may provide some life lessons.

There does indeed seem to be safety in numbers. Group response is often superior to individual; an attack may be foiled which otherwise might be successful.

What we do affects those around us, and vice-versa. We are all interconnected.

British poet and cleric John Donne (1572-1631) wrote: ‘No man is an island, entire of itself; every man is… a part of the main… any man’s death diminishes me, because I am involved in mankind.’ 2

Compare the murmuration of starlings in the sky with the swarming of fish – such as sardines or herring – in the sea. Although perhaps less striking than starlings in shape-shifting (drag in water considerably exceeds that of air), the fish create a whirling vortex designed to elude/confuse predators, such as sailfish, dolphins and shark. The vortex in water is reminiscent of what goes on in air with murmuration.

Here’s a two-minute video of such a fish swarm.

The mechanism by which fish accomplish this appears to be somewhat different (the lateral line – a system of sense organs that detects movement, vibration, and pressure gradients in surrounding water – figures prominently) but the net effect is similar.

Someday, a different activity will transpire in the sky. We are told it will pass through the stellar constellation of Orion and, initially, appear to be the size of a man’s hand, but grow ever larger and brighter as it nears.

A Biblical precursor may have been that which heralded the end of a multiyear drought in the time of Elijah: a dark cloud about the size of a man’s hand.

This event will come at the end of a different kind of drought, however – more a spiritual than physical one

Which suggests that, if all view this with simultaneity, in real time, Einstein’s postulate of the bending of light may be correct. Much of what he predicted has come to pass; I am loath to naysay this one.

Regardless, it will not resemble either murmuration of birds or swarming of fish. Rather, it will resemble nothing we mortals have seen before. The sun, moon and stars will defer to a luminescence greater than their own.

It will not be reaction to a predator, for his power will have been broken and those he would pursue are no longer at his mercy.

The cause of joy for some, it will invoke sorrow in many more.

Meanwhile, let us be grateful for the wonders of nature the Almighty has provided. Let us tread the earth lightly and so live that the fragrance of our persona may linger after we are gone.