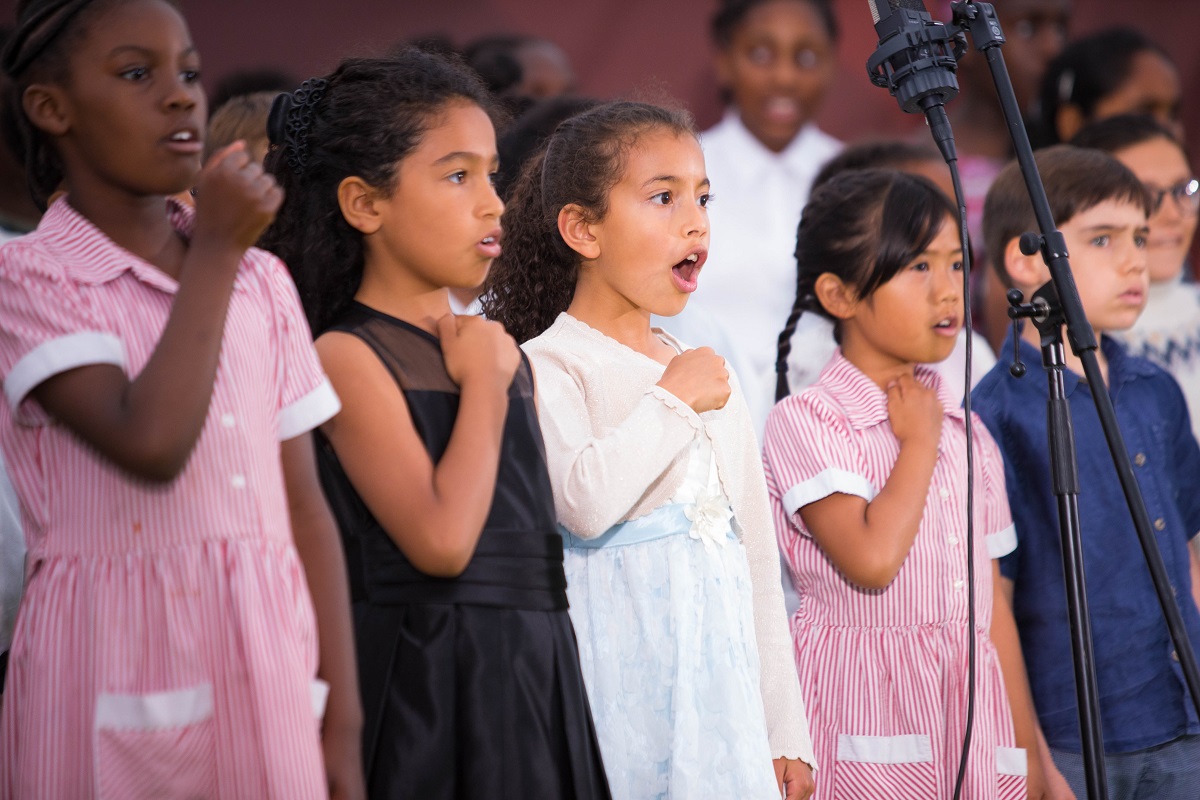 From a News Release, 15 July 2019  |  The first weekend in July more than 1,000 people came together to mark the centenary year (1919-2019) of both the Primary and Secondary School in Watford, England. There was a Sabbath service held on the Stanborough Park grounds under a marquee, then a family fun and recreation day on the Sunday. Both events proved to be well supported not only by the Adventist membership but visitors from the local community.

The Sabbath service saw higher than expected attendance, with all 700 seats within the marquee taken, with additional seating having to be rapidly created outside in the warm sunshine. Judy Clements, board chair for the Secondary School, welcomed guests and acknowledged this unique and significant moment for Adventist education in the British Isles. After a walk through history highlighting the past 100 years in picture form, Eileen Hussey, the acting head teacher of the Secondary School, shared the important values that underpinned the ethos of the school and how its missional outlook has sought to make a positive impact in the life of each pupil.

The morning service had a creative mix of praise and worship with greetings from Dr. Lisa Beardsley-Hardy, the denomination’s General Conference education director, and Peter Taylor, Mayor of Watford. Angelika Horwood, co-head teacher for Stanborough Primary School led out in the children’s story with Heather Hanna, whose father, Ivor Margerison, played an instrumental role in the development of Stanborough Secondary School when serving as head teacher.

A representative of the denomination’s South England Conference (SEC) Pathfinders led in a procession during the dedication ceremony, which saw the cutting of a ribbon by Taylor and the dedicatory prayer given by Dr. Emmanuel Osei, SEC president. Musical items were provided by the Stanborough Secondary School orchestra and the Primary School junior choir. The preacher was Dr. Daniel Duda, education director for the denomination’s Trans-European Division. He spoke on “The People of The Book,” showing that “the Book” provides a story to help us see the complexities of life and allows us to understand the principles behind it to allow us to think outside of the box, to reflect, serve better and help change the community.

With the day being bright and sunny the Park provided the perfect setting for a lunch prepared by British Union Conference (BUC) treasurer, Earl Ramharacksingh, and his committed team of volunteers. During the afternoon children from both schools shared songs, poems, drama and instrumental music. Gina Abbequaye, the new education director for the BUC, shared her vision for Adventist education, speaking of the endless possibilities that can be achieved when home, school and church work together. “We aim to produce children who will accept God as their Creator. … Adventist education is not limited to the four walls of the school building. … Now more than ever there is a need for Adventist education,” she said.

Several hundred people returned on Sunday afternoon for the family fun day. This added to a very positive weekend, especially within the context of the many challenges that Adventist education in the British Isles has faced over the past 100 years. The Stanborough School and others like it continue to be a major contributor in helping prepare children for Christ’s mission and to be effective citizens in today’s world, following the principle of the school motto; Dominus Magister Ludi Nostri – God is the Master of our School.

The featured photo is of children from the Stanborough School junior choir singing for worship about giving their hearts to Jesus.