Perceptions of the Protestant Reformation in Seventh-day Adventism 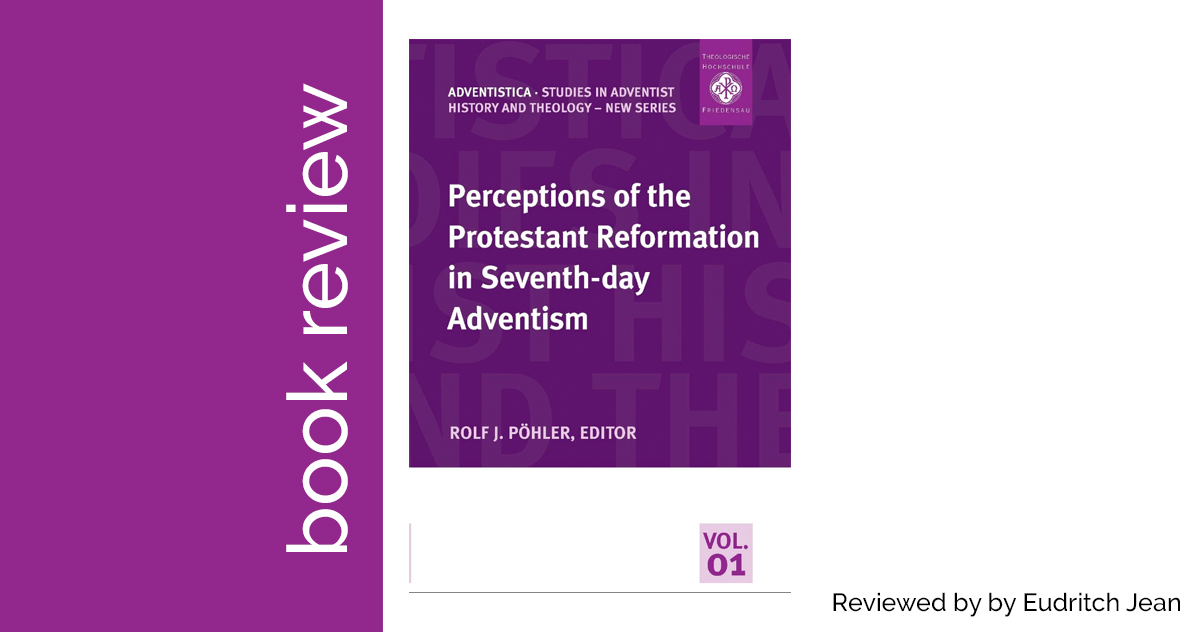 In 1517, Martin Luther launched what soon became known as the Protestant Reformation. This movement impacted Christianity in many respects. One of them is the soil it created for the emergence of numerous Christian groups, which, each in their own manner, claim a Reformation heritage. Thus, their understanding of this sixteenth-century movement constitutes an interesting field of studies for their scholars and for academia in general. In this context, one year before the 500th anniversary of the posting of Luther’s 95 theses, representatives of Seventh-day Adventist scholarship in Europe and North America addressed the issue from an Adventist perspective during a symposium organized at Friedensau Adventist University, Germany. The outcome of the symposium is the book Perceptions of the Protestant Reformation in Seventh-day Adventism.

The book is divided into three main parts, which follow two introductory chapters. In the opening essay, Stefan Höschele analyzes the development of the changing meaning of the terms reform, reformation, protest, and protestant in the Adventist discourse and rhetoric. He shows that Seventh-day Adventism, in its early years, had a negative view of Protestantism, but, as it emerged and was organized, started to see the Reformers as its precursors. In the end, Seventh-day Adventists identified themselves as the true protestants. Höschele summarizes this development in five major emphases and argues that all of them have continued in the Adventist discourse until the present. The second introductory chapter, which is based on the paper that Nicholas Miller presented at the opening of the symposium, establishes the connection between the free will and moral government of God ideas advocated in the Arminian/Grotian tradition and some unique and distinctive Adventist beliefs such as the great controversy motif and the sanctuary doctrine.

The first part of the book contains five papers which focus on Martin Luther from an Adventist perspective. Denis Kaiser explores Ellen White’s perception and treatment of the German Reformer in her primary publications. Daniel Heinz considers eschatological aspects in Luther’s theology and deliberates his expectation of the “Last Day,” which makes him a true “Adventist” believer. Jón H. Stefánsson compares how Luther and Seventh-day Adventists viewed and identified the “Antichrist” in the light of theology, history, and prophecy. Christian Lutsch and Sully Sanon, in their respective articles, address the sola scriptura principle. The first traces its background and development and clarifies what it originally meant for Luther; the latter calls for an open-minded theological dialogue while remaining committed to the essence of this principle.

In the second part, the first four chapters compare some Christian beliefs and practices of the Magisterial Reformation with the Adventist understanding. Michael W. Campbell reviews Luther’s view of the Lord’s Supper and relates it to the Adventist perspective of the topic. Thomas Domanyi points to a striking relationship between some of John Calvin’s foundational views and several Seventh-day Adventist Fundamental Beliefs. Reinder Bruinsma explores the influence of the sixteenth-century Reformation upon Adventist ecclesiology. Timothy J. Arena surveys the essential elements in the soteriological thought of Philip Melanchthon and compares them with the writings of Ellen White on salvation.

This section of the book ends with three chapters addressing the Radical Reformation: Martin Rothkegel presents the Anabaptist reformation experience in the sixteenth-century European context. Trevor O’Reggio explores the relationship of the Anabaptists to the Seventh-day Adventists, while examining some of their common key doctrines and their historical links. Finally, Charles Scriven analyzes the legacy of James William McClendon, a Neo-Anabaptist theologian, and identifies some aspects of his theology that can be helpful for the transformation of Adventism.

The last part of the book, which includes three papers, considers the impact of the Reformation on Seventh-day Adventism. Woodrow W. Whidden presents the central role of Ellen White and, to a lesser extent, her husband in the 1888 experience of Seventh-day Adventism, which he identifies as “an essentially Protestant soteriological pilgrimage” (p. 262). Johannes Hartlapp investigates Ludwig R. Conradi’s understanding of Luther’s Reformation through a thorough analysis of two essential works of the most influential leader in early Adventism’s European churches. Gilbert M. Valentine reviews the conflict over the meaning of “righteousness by faith,” which agitated Adventist circles in the South Pacific and North America during the 1960–1978 period and demonstrates that the issue mainly lay in the different Adventist perceptions of the Reformation theologians who tackled that concept. The book ends with a concluding essay, written by the volume editor, Rolf J. Pöhler, which addresses the Adventist claim of being the true “Heirs of the Reformation.”

Using mainly a historical-analytical approach in their respective papers, the different authors together address a wide variety of topics that are relevant to a sound understanding of Seventh-day Adventism. The exception is Rothkegel’s article, which, though informative, focuses on Anabaptists in general rather than on Seventh-day Adventism in particular. Some remarks on how his study relates to the Adventist Church would have been helpful. One could also make a similar observation regarding Lutsch’s paper, but Sanon’s work makes up for this. These two articles complement each other, evidently without this having been planned purposely.

A general question arises from the articles which analyze Adventist beliefs and practices through the lens of the Magisterial Reformation. They do not point out the crucial experiential aspects which led Seventh-day Adventism to develop its specific understanding of those beliefs and practices. This would have helped the reader understand in a clearer manner why Seventh-day Adventism appreciated the Reformation from a particular perspective.

As is typical for collections of essays such as this, one can always identify some important topics that are left out. There is, for instance, no article dealing with Christian ethics. Since Adventist ethics as a field, though important for church beliefs and practices, is still at an emerging stage, at least one study that links it with the ethical approach of Luther or one of the other main Reformers would have been groundbreaking for Adventist theology.

Despite these remarks and being aware of the European or North American background of the great majority of the authors, Perceptions of the Protestant Reformation in Seventh-day Adventism sheds helpful light upon the Seventh-day Adventist Church. It can contribute to helping Adventists understand their past, appreciate the present stage of their church, and face its future.

Any college and university library will do well to add this volume to their collections on church history. It can serve as a good example of similar studies within other religious groups which share the Reformation Heritage. It can also guide anyone deliberating the Protestant identity of Adventism.

The book is available here.