Spiritual Abuse as I’ve Experienced It

Not long ago I wrote a letter to an adult daughter. In it, I confessed my deep remorse for requiring her to attend church as a child, where she was exposed to spiritual abuse. Her response brought tears to my eyes, and lifted a burden from my heart.

I see the need for this kind of apology on the part of parents and church officials, multiplied a thousand times, as a commitment to the healing of broken hearts by spiritual abuse.

Spiritual abuse is real. It should be acknowledged.

What is spiritual abuse?

Spiritual abuse is the attempt to exert power and control over someone using religion, which includes religious authorities like Scripture, priests or clergy and religious instruction teachers.

It is also experienced when we impose religious requirements to confess to a faith, beliefs, or creeds or participation in rituals, or by manipulating a person with religious community pressure to conform, including rewarding compliance and punishing deviance.

It is accepting or rejecting people based on the condition of their surrender of their identity, integrity and behaviour to the institution or church administration.

This is spiritual abuse and betrayal.

I am using the adjective “evangelical” loosely to identify church communities, administrators, authors and preachers whose mission is to save the world for God.

This evangelical mentality, I have found, tries to persuade, guide, direct, pressure, coerce, manipulate, change, intimidate, convert, seduce, entice, or in other ways, to control people. It aims to take over the management of a person’s perceptions, reasoning, experience and feelings. It wants to create a new life for people, one made in the image of who the church thinks another person should be.

Often this proves counterproductive. To tell people what they should be, is to say that they are no good as they are.  They are unworthy of approval, happiness and love. This mentality undermines a person’s sense of self-worth, his or her adequacy to think and choose for oneself, the right to trust one’s own responses as truthful, and to learn from one’s own experience.

The evangelical mentality communicates condemnation. It steals a person’s identity and sense of self-worth. People so treated learn they are not acceptable as they are. They have to be someone else. They are alienated from the true self, and so from God and others.

Certainly the evangelical mentality of the church in which I was brought up created in me the very problem it professed to address: it created a sense of isolation, loss, fear, rejection, grief, condemnation, unworthiness, and abandonment, from which I needed to be rescued.

Abuse in the church is widely reported, but the following three examples will spell out some of my experience.

I am a child aged nine.

I am sitting in a church children’s meeting. The preacher makes an appeal with the words, “Now all of you who want to give your hearts to Jesus, be brave and stand up.”

I felt chilled, trapped, pressured by my peers all standing up in compliance to the preacher. I remained glued to my chair. I was in conflict.

How could I agree to do something when I didn’t even understand what he meant? The conflict was not the ethical one of right and wrong, often thought to be the ground for religious contests.

Later, my well-intentioned mother said in dismay—clearly disapproving: “Why didn’t you stand up in the meeting?” Now I felt shamed for being honest. The message I got was that she would sooner I pretend to do what religious authority wanted rather than be true to myself; I was not valuable as myself, but only as a set up image.

This steals a child’s integrity and promotes deceit. Jesus said, of people who put stumbling blocks in front of little children coming to God, that it would be better for them if they were weighted and thrown into the sea. Wow!

I am a mother of three, sitting in the pew.

I had once protested when the communion plate was whisked out of reach of my preschooler’s attempt to take a piece of the blessed bread. I insisted she was as much a child of God as I was.

But now my own identity as a child of God was not only being questioned, but decided in the negative! I was being disfellowshipped from the church of my childhood, the church to which I felt attached and devoted as to my family. Why? I had admitted to disagreeing with an exclusive denominational doctrine, one I considered of questionable scholarship.

The vote was taken. It was done. I was no longer considered a member of the body of Christ—no longer a child of God by faith or by birth or by creation! I was completely devastated and mourned for five years, thinking I should “forgive them for they know not what they do.”

Jesus said to those who questioned his being the son of God, “You are of your father the devil who was a liar from the beginning and the father of lies.” Go Jesus!

I recently suffered from censure by a minister.

This man tried to bully me into letting him tell me who I could send private emails to. He used his administrative power to remove my name from the church directory, effectively invalidating my membership or any ministry in that church.

I thought of Peter trying to control the messianic ministry of Jesus, and Jesus saying, “Get thee behind me Satan!”

This time I would show no submissive sorrow. I drew the line, and let him have it! As Jesus said, “If your brother sins against you, Rebuke him, and if he repents, forgive him.”

So I didn’t accept those pseudo-apologies that start with, “I am sorry you feel hurt” or “I am sorry if I hurt you” or “I am sorry I have not been able to help you out with your difficulty.” These are all saying, “I have done nothing wrong. It is all your fault if you feel upset. I want you to make me feel better by ignoring my errors and caring for my sensitive feelings. It doesn’t matter about yours.”

Well-intentioned fellow Christians responded [with what I heard in brackets]:

If you read through these responses, you may see as I did that scapegoating seems to be at the heart of this kind of faith. I don’t say this lightly or in blame. What it shows is that when we don’t know what to do with our guilt or culpability, we try to land it on the person who’ll take it. This is what we were taught.

When Jesus felt scapegoated by religious leaders, he called it the “greater sin,” meaning it was greater even than his execution. Using religious authority to put unjust blame and punishment on an innocent person is not an act of salvation for anyone, even if that is what we were taught. It is a crime. It is a sin. And God does not endorse it, although he may use it to show us, as he did Jesus, “what death we must die”.

The evangelism of Jesus

“Evangelical” is not a nasty word in itself. It means a good announcement. All advertisements try to be evangelistic! Salesmen are commercial evangelists. I enjoy being sold a purchase by a good salesman.

Once I had spent hours browsing around a Home Exhibition in the large city auditorium, till I was footsore and weary. As I went past a bed display, the Salesman casually commented on my weariness and asked me if I would like to try out one of his beds. The brief version of the story is that I ended up buying a $3000.00 bed, in a pleasant “evangelistic” environment. Because of that “conversion,” my sleep needs are being met in style and comfort to this day.

How is Jesus’ evangelism different from the evangelical mentality?

Jesus provides food and rest for the soul. He provided the benefits of the kingdom of God, making people feel welcomed, healed, forgiven, uncondemned, satisfied, worthy, freed from predatory demons within, and religious legalists without, “sons and daughters of Abraham” when others said they weren’t. The needy couldn’t get enough of him. They followed him around begging to stay with him. They felt trusted, respected and loved.

Jesus didn’t try to control people, but to put them in control of their own lives, as he was in control of his, by his father’s love. The belovedness with which his father’s spirit had anointed him at his baptism gave him the strength to stand against all the devil’s spiritual salesmanship in the desert. Jesus was still revelling in the love of God in his John 17 meditation just before Calvary. He was a witness to God’s love for him. Then he was a witness to the way God fulfils his promise to bless the world – resurrection!

Jesus and the apostolic preachers were evangelists because they were witnesses—not theorists, theologians or indoctrinators. They were not telling other people what to think, believe or feel, or what they should do, but they were telling them what they themselves had experienced, knew to be true, and how they were subsequently thinking of all they had known before. They had good news.

Control is abusive, diminishing and invalidating. Its triumph is idolatry. Jesus validates humanity, and strengthens it with worth and belovedness and worship.

The authentic Christian evangelistic mentality is not about control and surrender, but about witnessing and being empowered. 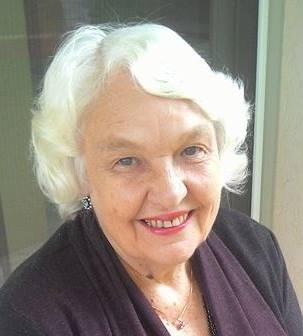 Connie J. French graduated from Avondale College as a teacher. She was disfellowshipped for disagreeing about the Adventist view of the sanctuary. She earned a Bachelor of Divinity from London University, and returned to teaching. She subsequently earned a Bachelor of Education and Master of Educational Studies at Monash University, and pursued a career in remedial reading and finally completed an MA at Latrobe University with a dissertation on “Accessing Soteriology in the Gospel of John.”