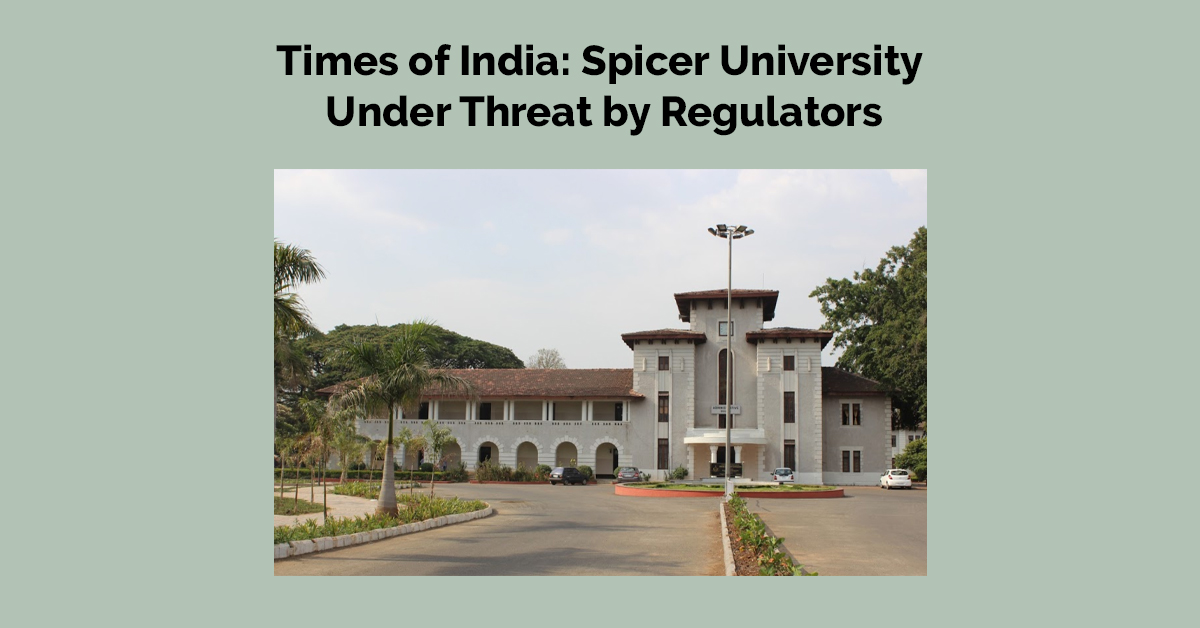 The Times of India has reported that government regulators may no longer allow Spicer University to function as an accredited university in India.

The article cites unspecified irregularities in admissions procedures, as well as the discovery last year of forged Ph.D. certificates by the vice-chancellor and two other top officials. The admissions problems are described only to be of a nature “that would cause loss to students.”

A statement from the cabinet that studied the problem said, “Hence, it will be improper to continue the functioning of the university. As per section 47 of the Maharashtra Act No. XIV of 2014 it is permitted to take action against the university,”

Spicer Memorial College was established in 1915. It was granted university status by the state in 2014. It celebrated its century of operation with a visit from Elder Ted Wilson in 2015. Spicer claims around 1200 students (though Times of India puts the number at 700 to 800) pursuing courses in theology, business administration and other fields.

Adventist Today reported last year that Chatushrungi police had filed actions against then-Vice Chancellor (president) Noble Prasad Pilli, Chief Finance Officer Rathnasamy Jeyam, and Chacko Paul, Dean of the School of Arts & Social Sciences, for claiming to have earned Ph.D.s from Manav Bharti University, which the registrar of that institution confirmed had never been awarded to them.

Another report from The Indian Express says that “the state [assembly] okayed penal action against Pune-based self-financed Spicer Adventist University, which has been embroiled in a controversy involving the issuance of fake degrees. The government has, however, said that measures would be taken to ensure that the students impacted by it are accommodated.” This is explained by another report that “To avoid any educational loss of the students, the admissions taken in the academic year 2014-15 and 2015-16 will be continued till the course completes.”

This follows a flood of accusations of corruption in the Southern Asia Division.