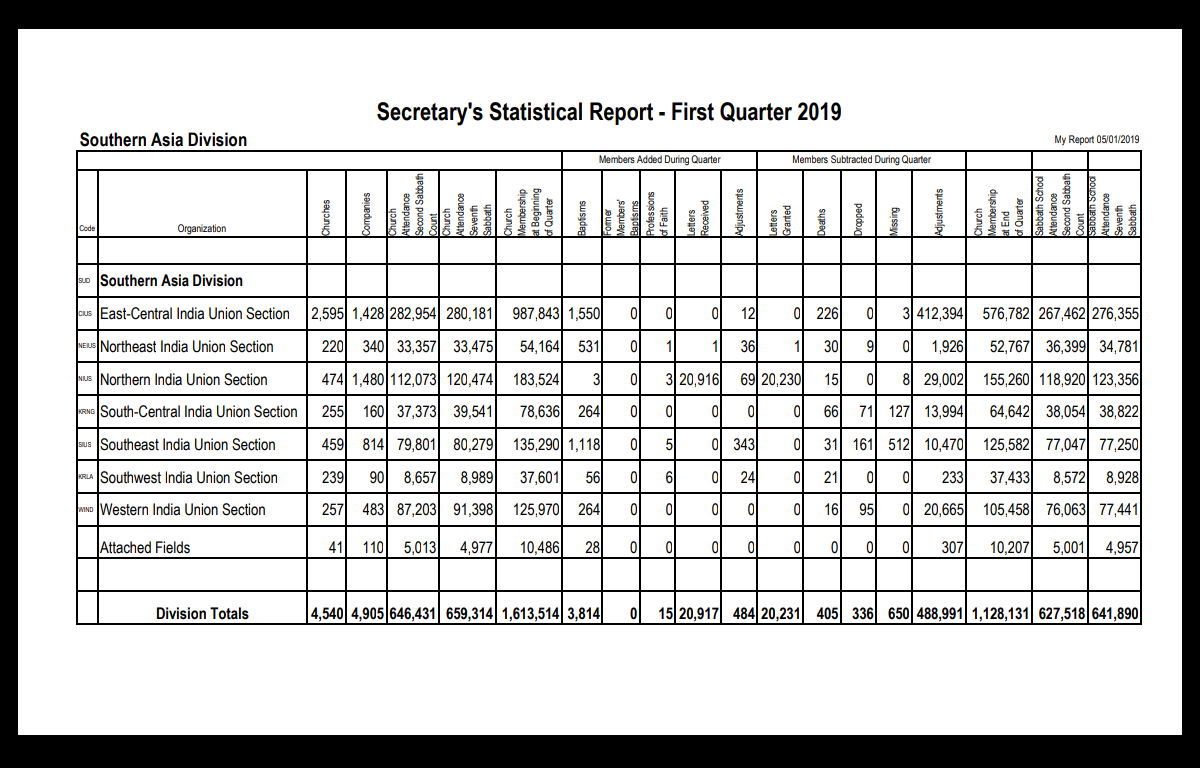 12 May 2019 | According to data from the General Conference Office of Archives, Statistics and Research, the membership of the Southern Asia Division (SUD) of the Adventist denomination has been revised downward by approximately half a million people.

The secretary’s statistical report from the division for the first quarter of 2019 reported a downward adjustment of 488,991. The reported size of the division’s membership is now reported at 1,128,131 whereas earlier this year the figure stood at about 1.6 million.

Adventist Today has recently reported on membership data challenges in the SUD, which represents the Adventist denomination in Bhutan, India, the Maldives and Nepal.

He received a response from Pastor Magdiel Perez Schulz, Assistant to the President (Field Secretary), saying that his concern had been passed on to SUD officers.

The rationale provided for this handling of the concern was that SUD leaders should be made aware of the issue so as to follow up appropriately.

The concern at the time was that returning the complaint to the division where the problem originated severely weakened possibilities of an impartial investigation.

Accounts of potential members being coerced or bribed to generate baptisms in the division were widely reported on social media and elsewhere.

Existing data in the SUD have been weak. A recent audit revealed that 363,038 members in the East Central Indian Union had been declared untraceable.

There were also questionable membership growth figures published between 1997-2008 when the East Central India Union reported growth of 833%, while growth for the next decade was a mere 17% under new leadership.