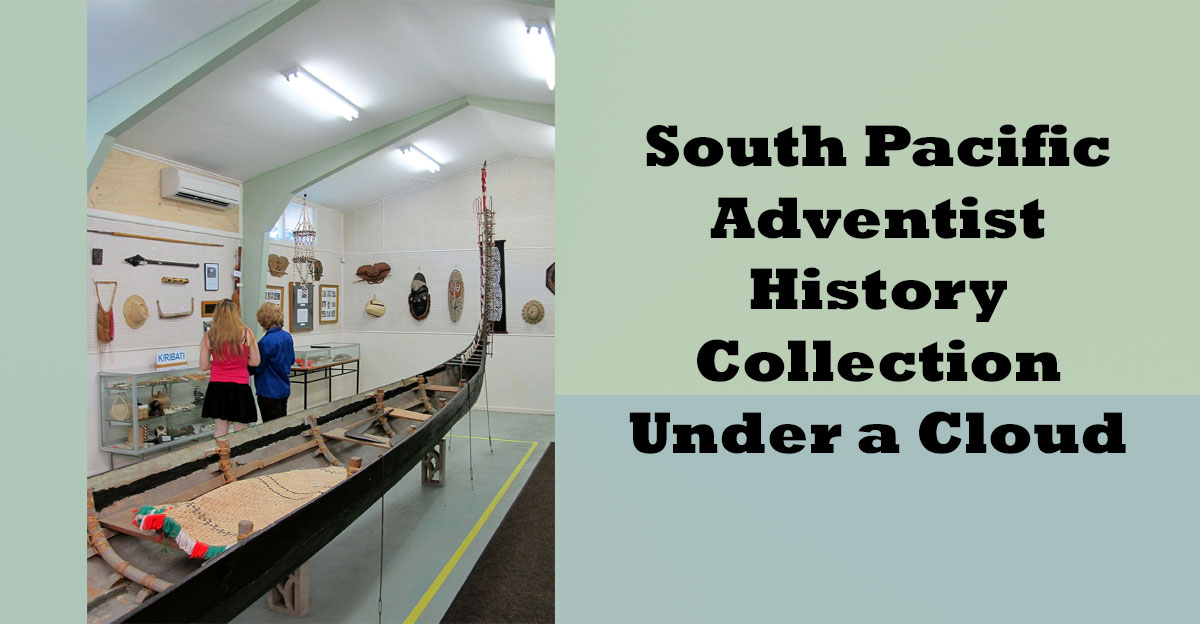 After months of speculation, the role of South Pacific Division’s Adventist Heritage Director has finally been filled. History teacher David Jones accepted the role in August, which curator and archivist Rose-lee Power vacated in May due to a forced redundancy.

Sources close to Rose-lee say that she was surprised to be offered redundancy by South Pacific Division (SPD) administrators early this year. In the meeting, she was asked to help them write a job description advertising her role and the role of an archive assistant, and was told that if she reapplied, she would not be considered.

Concerns for documents from Adventist archives come following an extended lame-duck period, with much of the key work of categorizing and digitizing halted since May. Doubts have also arisen over the motivations for the 2020 closure of the South Sea Islands Museum, once located on the grounds of Sunnyside, Ellen G White’s Australian residence. With the unique items that show the progress of Adventism in South Sea nations now packed into storage in the disused Sanitarium printing room, donors are concerned about their security and future.

Historians are concerned about the future of sensitive documents currently classified as ‘restricted’ in the archive center—for instance, the Arthur Patrick collection.

Evidence suggests that the SPD has culled archive materials before. In 1993, boxes of documents destined for disposal were rescued from outside Sydney offices. Whether the failed cull was orchestrated to cover up sensitive information or was carried out inadvertently may never be clear. The full cache has not been seen for several decades, although one box and a backpack containing correspondence between a former SPD president and others (from the 1970s) made it into the hands of an Adventist academic.

After these and other questions were raised on the Adventist Mission History – South Pacific Facebook page, the following statement from SPD president Pastor Glenn Townend on June 8 only fueled speculation over SPD intentions for the collection:

Adventist Heritage is undergoing a restructure. We are hoping to raise its profile and advertising for a new director right now [now filled by David Jones]. Our vision is to have Adventist Heritage museums all over the SPD – not just in Cooranbong. No original artifacts will be sold. They are well cared for in proper storage until we know where they will be displayed.  (Facebook, 8 June 2021)

Frustratingly, fears that restricted documents may never be released were left unaddressed in the statement, and this only served to heighten unease about the potential suppression of sensitive information. The news that the SPD plans to open other heritage centers across the Division has also been met with skepticism by those who believe that it is not logistically or financially viable, even in digital form, let alone a wise decision to split a collection that is widely recognized as one of the best private compilations of South Sea artifacts and crafts in the Southern Hemisphere.

Although SPD administrators have denied any intention to sell original artifacts and records to other museums, sources confirm that there have been discussions about selling the canoe used to transport Prince Philip in the Solomon Islands, and disposing of the 180B Cessna plane, piloted by Len Barnard in Papua New Guinea mission work in the 1960s.

One Adventist historian is very concerned about the lack of any form of handover from Rose-lee Power to the new director. “The way Rose-lee left and the restructure was handled, assistants at the archive center were left very unsure about their future—and so several of them left, too. This is extremely concerning! The new director will need people who understand the existing collections and current system.”

This is particularly important for Avondale University post-graduates and academics who are required to engage in rigorous research and publish regularly. The loss of key archivists and delays in archiving work could pose a problem for Avondale, which has only recently gained full university status.

With questions still unanswered and rumors rife about the outcome and security of SPD artifacts and documents, it’s understandable that many still fear for the future of historical research into South Pacific Adventism.