Fairy tales are of questionable reputation. I was not nourished on them, but I doubt that today children could grow up not knowing about “The 3 Little Pigs and The Big Bad Wolf” or “Little Red Riding Hood,” sharing the same durable long-toothed villain. Although “Goldilocks” doesn’t get traumatized by a wolf, she must also deal with other carnivores. 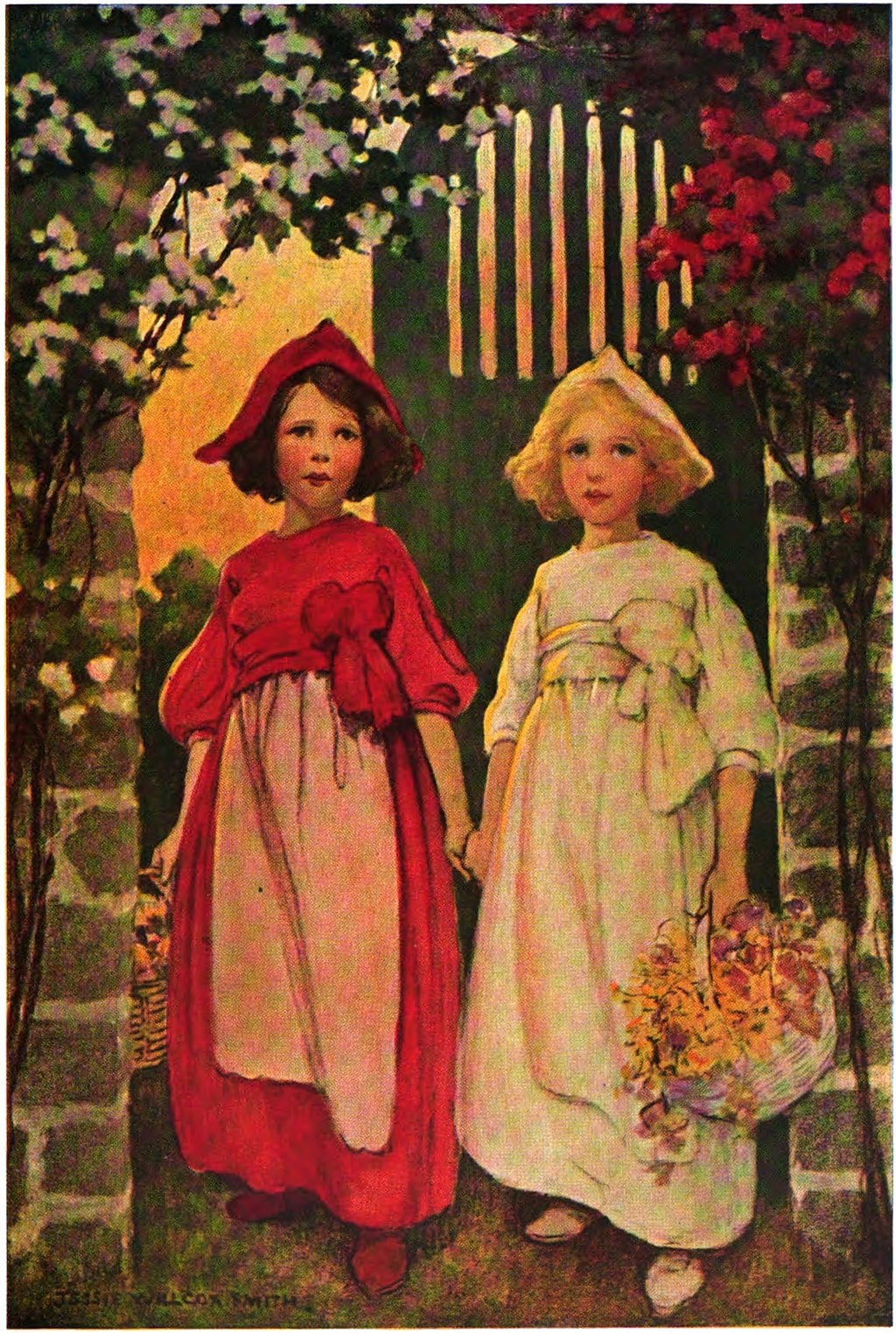 The origin of tales told to children full of danger and trauma is ancient, and as a multi-year summer camp employee I have seen that campfire stories seem to follow a plot that combines fear and its resolution as a winner with children. The Germanic folk stories collected and published by the Brothers Grimm are full of terror. Bears and wolves are bad enough, but then goblins, ghosts, and wicked witches are allowed to scare and impair their usually childish victims (Peter and the Wolf, Goldilocks and the Bears, Snow White and the Wicked Witch, and a child-abusing Rumpelstiltskin, for example.)

Walt Disney has cartooned many of them, which has softened the edges of the older stories, but all of them present children in physical danger or being misused, ignored, or abused. The stories tell of deaths and losses, poverty and wealth, danger and chronic abuse. Modern fantasies captivate both children and adults with magic spells, dragons, and brave children (Harry, Hermione, Gregory) fighting the bad in witchcraft and wizardry with the good in witchcraft and wizardry.

In fairy tales spiritual, insubstantial entities such as elves, dwarfs, and fairies compete for existence alongside equally invisible Biblical angels. Unusually small humans, or unusually large humans, become dwarfs and giants. Animals talk–dragons breathe fire–wolves eat grandma–Adam and Eve are expelled from Eden–and Jesus is crucified on the cross? So there we go–angels, Eve, Eden, and Jesus just more fairy tales? Is the Bible just more fantasies for children? Why do we hold to Jesus when we let go of Rumpelstiltskin?

Fervent materialists lump all spirituality as “fairy tales.” From a twisted and deformed body that could easily frighten children, the heroic person that was physicist Stephen Hawking dismissed all stories that begin with “once upon a time” placed in some magical “never-never land,” along with those that begin in historical places and date-able times such as “in the year that King Uzziah died” or “in those days Caesar Augustus issued a decree.” “Religion:” he proposed, “A fairy tale for adults afraid of the dark.” (Believers, of course, cheer when fellow Oxford Don John Lennox retorts, “Atheism:  A fairy tale for adults afraid of the light.”)

Adventist Christianity grew up in realistic Puritan historical places and with very definite dates (such as October 22, 1844) that had little use for childish fictions that begin with an indefinite “once upon a time” in an undiscoverable location like “a magical land far, far away” or dismissing all stories predating Judaism and Christianity as “pagan.”

But other Christian thinkers see fairy tales as vehicles for truth, and even pagan myths as preparation for accepting realities far greater than the physical, material world. In a world where the woods did have real wolves and real dangerous bears, telling stories was a way to warn and protect real children from real dangers, using fairy tales.  Is the magic of “happily ever after” a pagan idea, or a Christian one?

The moral message that a loving kiss can turn a frog into a prince is “love wins.” Sleeping Beauty sleeps, dead to life for a hundred years due to pricking her finger on a fatal needle, and is resurrected by a good prince. When we help our children memorize 1 Thessalonians 4:17 (“and so shall we ever be with the Lord”), doesn’t this also mean “happily ever after”?

I just finished reading a retelling of a fairy tale written and beautifully illustrated for children by Portland, Oregon, author Emily Winfield Martin. It is called Snow and Rose (Random House, New York, 2017). Its heroines are two little girls of contrasting personalities. Rose (Rose-red) is dark-haired, thoughtful, careful, controlled. Snow (Snow-white) is light-haired, emotive, impulsive. Both were born into wealth with loving parents, but that is not an interesting story. So, their wonderful father disappears into the mysterious dark woods. They lose their paradise life in a mansion home and with a grieving mother hardscrabble exist in a tumble-down shack at the edge of the woods.

They face dangers from bandits, wolves, bears, foxes, and dwarfs. They get succor from a magical library of stories and learn bravery by overcoming dangers. They care for each other. They find a friend who then also disappears and adds to their burden of sorrow. And then with bravery, learning to modify their personality weaknesses, and willingness to risk their own lives for those they love, they emerge 205 pages of adventures later to live “happily ever after.”

As a grandfather I am not traumatized by their traumas, and I read the story analytically, thinking of my two granddaughters and three grandsons as I read. Do I want them to read this book, or have it read to them? Should they be subjected to the literary trauma of a world where a parent goes away and friends disappear? Where other humans try to use and abuse them (bandits) and nature itself can be dangerous? Where a little friend seems taken by a beast? Where their impulsivity and their fears alike bring them into grave risk. But where courage and love overcome trial and tribulation.

We do believe there is an unseeable Holy Spirit that is a comforter of children and adults alike. Who does not hope that evil is temporary and love will win? Who would not want the good dead to rise and the bad evil to disappear?

Does not real life appear almost magical? The more science learns, the more wondrous, surprising, magical life and existence appears. Unseen miracles seem to hide in every cell. Evolutionists see what they call a “deep homology” in all life, a hidden pattern not explainable by Darwinian mechanisms. It is as if there is a master narrative, a plan, behind living things, not related to each other. Eyes in dragonflies and cows all follow a homologous “eye plan” even though they are unrelated to each other. The more we learn, the more complex and aware animals become. Even plants seem to respond in miraculous ways to their environments. How do grapes and cucumbers search for and find supports to pull themselves up? How do flowers see the sun without eyes and know when to open and when to close without a brain? Of course, there is science behind it, not magic (believers say it was Intelligently Designed), but the way the world works and cooperates indeed seems “magical.”

The name of God, the existence of religion, the presence of a church or temple does not appear in this or many fairy tales. But there was no church in Eden. And God’s name is not mentioned in the book of Esther. And there be dragons in the Bible. There be healings and miracles in the Bible. There be girls in the sleep of death called back to life by the love and power of a Great Prince named Immanuel. John B. Hoehn is a retired physician living in Walla Walla, Washington. His most recent book is ADVENTIST TOMORROW—Fresh Ideas While Waiting for Jesus.