“Skewed, Imbalanced, Unfair”: Cliff Goldstein Responds to Our Review of Baptizing the Devil

Though hardly expecting a positive review in Adventist Today of Baptizing the Devil, I didn’t expect something so skewed, imbalanced, unfair. I don’t recognize in the reviewer’s arguments my views, only caricatures of them.

For starters, he bemoans my “scientific nihilism.” On the contrary, I take a fairly conservative view of science, in that I believe it does teach truths about the real world. I had given a version of my manuscript to a scientist to critique, and every time I mentioned something about science as a quest for truth, he marked it, telling me, “Any honest scientist will admit that science is not about finding truth.”

You won’t find such candid discussions in the Adventist Review. Support Adventist Today!

Though some philosophers of science take that view, I don’t. Science is an attempt to find aspects of truth, of reality; it gives us very specialized views of that reality, yes, (though some would even deny that)—but unlike anti-realists and instrumentalists, I do think science is a search for truth about the real world.

What I did argue in the book is that, contrary to popular sentiment, science is hardly this bastion of unobstructed objective truth, and that the moment someone says, “But, it’s science!” then the only intelligent response is surrender all recalcitrant views. This was my only point, and to twist this into making me anti-science is like labelling someone who questions Zeus’ existence as an atheist.

On a smaller note, but indicative of the unfairness of his review, he criticized me for characterizing science as being done in a “swamp,” as if that were my metaphor. What he neglected to mention was that I took the image from Karl Popper, only the most well-known and influential philosophers of science in the 20th century. Long might disagree with the image, which is fine, some people do, but to make it seem as if that were mine is another distortion.

He attacked my position on the subjectivity of science, writing that “even though the science community is universally aware of the subjective element that looms in the background as something to be managed and controlled to the extent possible.” Of course, most scientists understand that; but many other people don’t, believing instead that science is this uber-objective view of truth. I showed that is not the case, especially when it comes to the science of origins. However, by pointing out that science is much more subjective than most people realized, I am accused of promoting a “fatal position that brings down the house”? That’s not what I taught in the book about science in general (evolution, that’s another matter; see below).

Also, notice his phrase that scientists seek to manage the subjective element “to the extent possible.” Just what is that “extent” and how well it works is, indeed, the question at hand. I gave some examples, in the context of evolution, where the blatant subjectivity of the underlying assumptions was screamingly obvious and would skew the data, whatever the data turned out to be.

He attacked my position on the assumptions of science, and then lists a few assumptions that anyone would agree on (though the implication of his review is that I don’t). However, he says nothing about all the assumptions, and massive ones at that, behind the theory of evolution—which requires huge leaps of faith built upon layer and layer of speculation and assumption. Funny, too, he kept harping on “the data,” as if “the data”themselves were these clear objective facts that just jumped out of reality all by themselves and that only people like myself, living in a world “governed by magic rather than natural laws,” ignore. In other words, to question the data interpreted to teach that life began billions of years ago, by chance, in a shallow pool (or whatever) and then through billions of years of random mutation and natural selection created all life, is to live in a “neo-dark age.”

I noticed, however, that the only time he quoted me directly (as opposed to just caricaturing my views) was in this context and, indeed, as I read the quote, I thought, Wow, he does have a point. However, as I went back and read the quote in context, especially with what followed, I saw what was going on. My point was simply that so much science does, in fact, proceed on not just methodological naturalism but, often, on ontological as well. Looking back, I would have, with a simple tweak of one sentence, softened my point a bit about methodological naturalism leading to ontological naturalism, however much it usually does.

Now, I do unabashedly reject ontological naturalism. How could any Bible believing Christian do otherwise? And here’s a crucial point I make in my book that he doesn’t touch on. Science functions, understandably so, on a methodological naturalism only. That’s fine, except for one problem: How well will that assumption work for a creation that was supernaturally made? If creation were supernaturally caused, but you a priori reject the supernatural as having any role in scientific inquiry, including in the inquiry of creation, then whatever scientific conclusion you draw about creation, of logical necessity, must be wrong. Which, in a nutshell, is why evolution is wrong. It has, by its own methods, ruled out the correct cause. (See my article, “Why Science Gets Origins So Wrong”.) As I wrote in my book: “It’s like a detective in a murder case who, a priori, rules out as a suspect the guilty party. Whomever the detective charges with the murder will, of necessity, be innocent.”

Also, he touched on my dealing with theodicy, brushing it aside without dealing with the challenge. For Long, the final arbiter of truth seems to be the data, as if the data cannot be questioned, even if the data means that God Himself, by creating through evolution, was directly responsible for most, if not all, natural evil. That’s the only logical conclusion one must draw from theistic evolution.Nevertheless, he attacks me because, theologically, I find that unacceptable? It’s true; I do. But that theological position is based on Genesis, as it reads, and not some wildly far-fetched interpretation that makes room for billions of years of evolution. Genesis says one thing, the data (that is, the interpreted data, for all data is interpreted), says another. It’s clear which one Long believes.

It’s interesting, too, how a review can reveal much about what it ignores as well as what it talks about. The gist of my book was that science, especially when it comes to origins, isn’t as objective and certain as the dogmatism of evolution’s aficionados make John Q. Public believe. I then spent the last two chapters showing the strained, even painful ways theistic evolutionists try to make evolution fit with the Bible. Even atheistic evolutionists can see how sorry these attempts are. This was, really, the key point of my book. And yet he never touched the topic of how to make the data, his inviolable data, fit Scripture. He didn’t because, well, he can’t.

I was astonished, too, at how he handled my take on the Galileo affair. I really wonder if he read the chapter because he completely missed my point, which was that theistic evolutionists, by seeking to meld Darwin with Scripture, are the intellectual heirs of the Roman Inquisitors, who melded the Darwin of their era, Aristotle, with the Scripture. And the result was that they condemned Galileo for rejecting this science-inspired interpretation of the Bible. Instead of dealing with this point,he rambled on about stuff peripheral to what I was saying.

As I thought about his review, I asked myself: Could this guy be that dishonest as to so caricature what I wrote? Or was I such a bad writer that I didn’t make my positions clear? Then, I think I realized what happened. As I said, I’m a critical realist when it comes to science itself in general. I’m a moderate, maybe even more on the more conservative side of science as a quest for truth about the world. What I’m not moderate about is the Neo-Darwinian synthesis. It’s a modern myth, akin to the birth of the Minerva in the brains of Jupiter. If I had to choose between what modern science teaches about origins—i.e., simple life, billions of years, random mutation, etc., the model that in some form Long believes—or in Richard Dawkins’ flying spaghetti monster as Creator, I would go with the spaghetti monster. I mean it, too. I think there’s more chance of the spaghetti monster being true than what science, in this particular area, teaches.

I could go on about his name calling and distortions but won’t. People can read the book for themselves (Baptizingthedevil.com). Theistic evolutionists, enthralled by the “data,” which seem to be the final arbiter of all truth for Long, will hate the book. If, however, you’re a serious student of the Bible and who can see why evolution cannot possibly be harmonized in any rational and honest way with the Scripture, but are struggling because of the overwhelming propaganda that assures everyone evolution must be true, you might find Baptizing the Devil helpful, even if it doesn’t answer all your questions.

Finally, Long wrote the following: “My reaction to the Goldstein’s manifesto is one of profound sadness, for it represents a deep departure from the foundational premise of Adventism: that ours is an evidence-based faith.” So, let me get this straight. I write a book that, in essence, defends teachings like a six-day creation, God resting on the seventh, a literal Adam in a sinless Eden, a sinless Eve taken from Adam’s side, the fall, Jesus dying to undo Adam’s sin, basic Adventist doctrine—positions that Long, by default as a theistic evolutionist, must reject. And yet—he sees himself as defending good old Adventism? 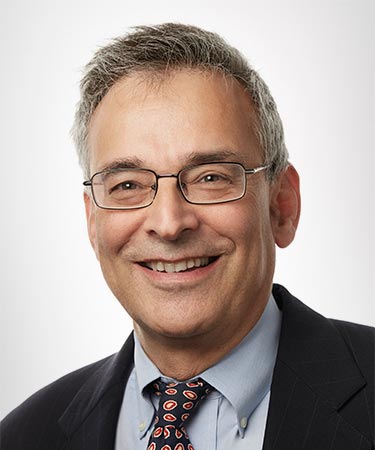 Cliff Goldstein is the editor of the Seventh-day Adventist church’s quarterly Sabbath School lessons, and author of the new book, Baptizing the Devil, which you can order here.

What is Happening to Christmas?  #MeToo: The New Revolution