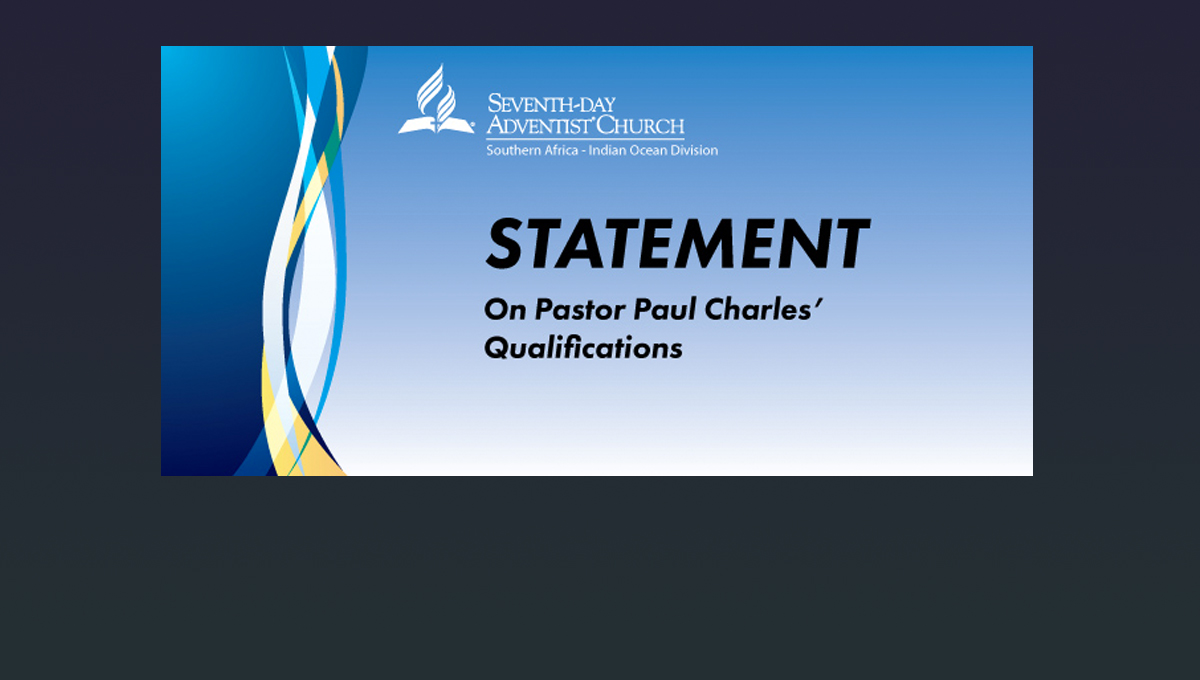 May 2, 2016:    Pastor Paul Charles’ mistake, said the Adventist denomination’s Southern Africa-Indian Ocean Division (SID) today, is that he studied at unaccredited institutions. This is the latest development in the aftermath of newspaper articles in South Africa with accusations about fraudulent graduate degrees claimed by leaders of the Adventist faith in Africa. Adventist Today has published previous reports on this story.

In a statement dated May 3, the SID said that it had reviewed the accusations with a consulting committee that had concluded that “Pastor Charles undertook his studies at unaccredited institutions and consequently, he does not possess any accredited qualification [but] has not misrepresented facts about where he obtained his qualifications.” The committee asked him first to “cease and relinquish the use of any titles associated with those unaccredited degrees [and second] to complete his studies at an accredited institution.”

The statement adds, “that Pastor Charles has elected to relinquish the titles associated with those degrees does not, in our view, diminish his calling as a Pastor within the Church.” Charles had said on a number of occasions and in various media that he earned a Ph.D. from Canterbury University, an institution regarded in both the United States and the United Kingdom as a diploma mill, and the Freedom Institute for Theological Studies and Research, which has no internet presence, phone number, or address.

Pastor Gordon E. Christo, a former administrator and currently director of family ministries for the Southern Asia Division, has released an open letter defending the Freedom Institute, saying that he knew it to be a legitimate educational institution and that its lack of accreditation by the Indian government is not unusual. Christo has considerable experience as an Adventist educator in India including struggles that Adventist institutions have had gaining government recognition.