Shut Up and Preach: Partisan Politics and the Pulpit

Growing up, I wanted to play in the National Basketball Association. Unfortunately a lack of height, athleticism, and general basketball skill conspired to rob me of my dream. Thankfully God provided me with a new dream when He called me to ministry, where those things don’t matter so much—though I’m still holding out hope for a mid-life growth spurt.

Now a decade into my pastoral ministry career, I’ve been quite surprised to discover that pastors and NBA players have a lot in common. Well, maybe not a lot, but the Venn diagram does overlap in one significant area: we have to carefully measure our words. If we don’t, we risk unintentionally offending people, which can be disastrous on several levels.

A couple of years ago LeBron James, one of the greatest basketball players to ever play in the NBA, made a relatively mild, brief critique of the state of the country and its leadership. This caused quite a stir in the media, with one cable news host saying that James should refrain from talking about politics—that he should “shut up and dribble.” That LeBron had said anything political at all was remarkable, because he risked alienating a lot of fans, which in turn would jeopardize some of his endorsement deals. Speaking out had the potential to cost him several millions of dollars.

Why Are Pastors Different?

Obviously, pastors who say something offensive do not risk losing millions in sponsorships, but we do endanger our spiritual credibility with members. This trust is perhaps even more valuable, because without it our difficult jobs essentially become impossible. According to many theology professors and conference administrators, there is no easier way for pastors to alienate about half of their congregation than to bring up politics. The conventional thinking is that when a pastor talks about anything political, he or she will lose the ability to effectively minister to church members who have opposing political view. In essence we are told to “shut up and preach.”

This directive does make a lot of sense though. No Republican would want to go to a church where the pastor exclusively extols the virtues of the Democratic candidates. Likewise, no Democrat would enjoy attending a church where the leadership constantly praises Republican policies. But, it seems increasingly impossible to live up to the expectations of a pastor to remain apolitical.

To be clear, I am not saying that pastors need to use the pulpit to engage in partisan politicking, nor would it be wise for us to ever do so. The Johnson Amendment prohibiting all non-profit organizations from either opposing or endorsing political candidates should remain solidly intact. So why is it becoming more difficult for pastors to simply shut up and preach when it comes to politics? It’s not because pastors have become more political necessarily, but because everything in our world has become politicized.

The Republicans and Democrats have done an incredible job at laying claim to almost every aspect of life. It is no longer the big issues alone, like abortion or fiscal responsibility, that are key indicators of one’s political leanings, but the mundane decisions of everyday life. Researchers have found that someone’s political party affiliation can be accurately sussed out by the vehicles people drive (big truck vs. electric car), by their choice of fast food (Chic-fil-A vs. Starbucks), by their sports fandom (NASCAR vs. NBA), by their preference of stores (Walmart vs. Target), and by numerous other things. You will probably be able to guess which political party aligns with which option.

In the process of allowing every aspect of life to become political, we have unfortunately conflated humanitarian issues with political ones. We reason that if our politics are on display when we buy shampoo, then our beliefs, for example, on how to treat immigrants must certainly signal our political opinions as well. This has forced pastors to try to either walk a tightrope when it comes to humanitarian issues, or not address them at all. Unfortunately, many pastors choose the latter, which only makes the problem worse.

The pastors that I know genuinely have a desire to minister to both Republicans and Democrats. We pastors don’t want to encourage our congregants to vote the way we do, but we desperately want to encourage our parishioners to love the way Jesus does. So, it stings when people tune out our Bible-based messages, because they read their own politics into it. It hurts when they criticize us for preaching about abortion, or mass shootings, or children being locked in cages, or anything that might be contrary to their political party’s platform. It pains us when people stop coming to church because they think we have a hidden political agenda.

Perhaps what grieves our heart the deepest is that so many people in our churches have replaced the golden calf with a red elephant or a blue donkey. It seems that a clear “Thus saith the Lord” is no longer good enough. When it comes to Scriptures that deal with humanitarian issues, many in our congregations first check in with the idol of their politics in order to determine if they should dismiss the passages as fake news or not. It is evident that the hyper-partisanship of our nation, with all of its devastating power, has seeped its way into our Church.

Despite some glaring imperfections, our nation, and our church, did not used to be so divided. Although we’ve always separated ourselves into groups that have differing core principles, we previously were able to maintain at least a semblance of unity by focusing on the common ground of our shared humanity. Unfortunately, we have lost that focus and have become increasingly uncomfortable with the tension that arises from our differences. So, we do our best to alleviate that tension by making everything out to be black or white—or red or blue.

When we erase the middle ground where the tension exists, we can then simply dismiss people with opposing views as “libtards” or “fascists”—which makes life much easier for us. The problem is that in dismissing people, we often dismiss their humanity. They no longer have any valid concerns or anything positive to contribute, they are simply a group of mindless barbarians that needs to be conquered. We don’t need to look further than major current events to realize how thoroughly we have shifted our focus from personal empathy to political victory.

Is Everything Political Now?

It was stunning to see how a deadly virus became fertile ground for partisan politics. Instead of uniting together to fight this pandemic that has claimed the lives of over 100,000 people, we continue to bicker, usually along political lines, about the efficacy of such things as medications, masks, and social distancing. Additionally, the murder of George Floyd and the resulting civil unrest have provided additional evidence of how we filter even the most basic concepts of humanity through a political lens. Instead of uniting to remedy the racism, injustice, and brutality that continues to plague our nation, we zealously fight, again mainly along political lines, over whose lives matter, the character of the individuals involved, and the usefulness of protests – especially if they turn destructive.

And when pastors address either of these humanitarian issues, church members are standing by ready to accuse us of being political hacks. When we come up with a plan to reopen our churches in a manner that is as safe as possible, it is not enough for certain members who are expecting to return to church in a timeframe and in a manner that reflects their political party’s views. When pastors highlight the humanity of our black brothers and sisters in a sermon and dare to significantly challenge the status quo, much less post anything that has the words “Black Lives Matter” on our social media, the pushback we receive is astounding; most of which  is usually just alt-right talking points cloaked in religiosity. In fact, the things said to some of my colleagues would likely make a Ku Klux Klan member blush.

We will never be able to remove politics from the church, because wherever there is a group of people there will be politics. But, as Christians we must filter our politics through the lens of Christ, and not the other way around. At this point in history, that is something easier said than done, but here are some suggestions for how we can try.

First and foremost, we should spend more time marinating in the Word of God than in the words of Fox News, CNBC, Breitbart, the New York Times, etc. This doesn’t mean we have to be uninformed, but we have to ask ourselves where our devotion lies. If we make more room for Sean Hannity or Rachel Maddow in our schedules than Jesus, then it becomes much more difficult to hear His voice over theirs.

Second, we should not quickly assume that pastors are being partisan. It is true that we pastors have our personal political leanings, we are human after all. But, most of us go to great lengths to keep partisan politics out of our ministries; we don’t want anyone to be distracted from the message of Christ. (Notice, I did not mention the name of the cable news host that criticized LeBron James or the channel itself, because it could have been a distraction.) If you disagree with something we say, please respond with Scripture instead of political talking points, since our intention is to present a theological view, not a political one.

Third, we should commit ourselves to regaining our lost sense of kinship. Let us partner with those in our nation, communities, and churches who work toward unity rather than division. We are never going to achieve uniformity, which means that there will always be some tension as we navigate areas of difference. But, as long as we stay focused on the fact that we are all beloved children of God, the tension we experience will be worthwhile.

But even if you choose to do none of those things, please don’t tell your pastor to just shut up and preach. Because what he or she has to say just might be the message you need to hear the most. 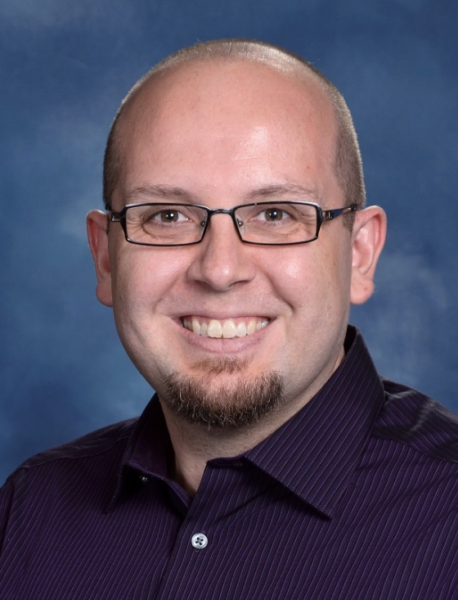 Tyler Kraft is the pastor of the Tracy Seventh-day Adventist Church in Tracy, California. He has two B.A. degrees from Pacific Union College, an M.Div. from the seminary at Andrews University, and is currently working on a D.Min. degree. He is a fan of the Los Angeles Lakers and a follower of Jesus.