I’m glad I was checking the footnotes.

Of course, this book begins long before last year’s U.S. presidential election.  Ferguson works with a group of engaging colleagues, several of whom have post-collegiate degrees.  He reports them to be a cheerful mix of Christian, non-Christian, and atheists.  So how does he explain himself as a Seventh-day Adventist in a way that links Seventh-day Adventist beliefs directly in support of the existential core of all of our lives?

In a couple of my own words, very well.

That said, he doesn’t limit his defense to a couple of hundred pages, even.  Not even three or four hundred pages.  I am not a long-format reader these days, having been nearly ruined by the snacks the internet serves up.  Yet, I cheerfully finished the more than half-a-thousand pages of Stephen’s book in the three weeks since purchasing it.

I find Ferguson with rare exception, affirming and inviting—when others might have feared being intrusive and so may have settled for being merely descriptive or gently differentiating.

Ferguson is fearless.  He boldly uses the legal motif of charge and defense to approach Seventh-day Adventism from the point of view of those who, with little reason to see otherwise, think of the beliefs of the church as an offshoot of core Christianity, and more likely not even Christian.  By the end of the book, it is clear that Ferguson has made the case for Christianity looking up to Seventh-day Adventism as not only the protector of orthodoxy, but as the most dynamic and ecumenical expression of that orthodoxy across the globe.

To Ferguson’s credit, he realized from the start that he was not as well prepared for the task he had set for himself as he might have liked.  Not quite a decade ago he enrolled in an Anglican and Uniting Churches of Australia seminary to study for the Bachelor of Theology degree, studies that would take five years and result in his graduation at the top of his class at Murdoch University in Perth, Australia.  Earlier the author had studied anthropology and history as an undergraduate.

What some might see as Ferguson’s educational profligacy in no way yielded arrogance, but rather has led to a comfortable conversation, if you will, with regard to a wider range of implications and interests surrounding the topic at hand.

I continued to check footnotes as I read and otherwise would not have noted these details of his personal academic credentials:

At even greater risk of blowing my own horn, but in the context of establishing my credentials, my theology results were straight High Distinctions (i.e. A +) with a 4.0 out of 4.0 GPA. My lowest marks were in Christian History I and II (80%) whilst my best mark was in New Testament Greek (97%). I also received three awards: a scholarship prize for best exegesis essay, an academic excellence award for highest grade, and a prize for best grade point average across the course.

And he also notes at the end of his book in his Acknowledgements his indebtedness to the professors and tutors at the university:

All the professors and tutors of the Theology Faculty at Murdoch University, who challenged my beliefs and exposed me to a much wider Christian world. Part of the cost in producing this book was paid for with prize money provided by the University, who afforded me three academic awards during my Theology degree.

While formally studying theology over some five years, the author maintained his legal services career in government service and continued to travel the world (40 countries to date, he reports).

Such is the life of a man who encourages me by having offered good reason, not just good rhetoric, to justify my now renewed sense of non-sinful pride in being, like Ferguson, a Seventh-day Adventist.

I doubt that the General Conference will campaign to make his book the sharing book of the year. For one thing, it is a little long.  But I am happy to put my name to a note in the front of the book as a gift to friends seriously interested in understating Seventh-day Adventism in the larger context of Christianity, as well as non-Christians seeking to understand how Christians address the core issues of life as humans in the 21st Century on planet Earth.

In fact, I’ve already bought several copies I’m planning to make as Christmas gifts to friends who are Seventh-day Adventists, and others who are not, including a colleague at my business who is an ordained minister of a “Sunday” denomination, though now a full-time employee at my company.

It isn’t that Seventh-day Adventism has to leave the denomination to be successful, but rather that the denomination will in the end be pretty much just along for the ride, considering the sudden and dramatic results described by the Three Angels of Revelation 14.

This book also deserves two or three more reviews from different perspectives.  Indeed, most books Adventist Today might review probably deserve more than a single reviewer.   Roy Gane and Richard Davidson from the Seventh-day Adventist Seminary are mentioned and footnoted.  Also, Ed Zinke, businessman and General Conference volunteer, is footnoted for his Biblical Research Institute paper on Historical Criticism.  I would be interested in seeing theologians like these reviewing Ferguson’s book.

If you are looking for a new version of Seventh-day Adventism that goes beyond the published fundamental beliefs, including touch points that have become touchy in recent years, this isn’t that book.  If you are looking for treatment that will move the church forward socially with regard to women’s ordination or LGBTQ realities, for example, be aware that Ferguson focuses on what he believes are “core beliefs, instead of ‘theological trivia’”.

That said, he makes the point from the beginning that Seventh-day Adventism is changing and has always changed, in part because it is not a creedal religion.  And while he by no means is attempting to stop Seventh-day Adventism from changing, he acknowledges that change in the church and across Christianity “may have contributed to the rise of secularization.”

He goes on to explain,

It is this continuing change that has moved Ferguson to dig down to what he sees as solid rock.  His book is the result that excavation project.

He starts by taking the Apostle Peter seriously when he reads: “Always be ready to make your defense to anyone who demands from you an accounting for the hope that is in you.” (NRSV 1 Pet. 3:15).

That means acknowledging two very difficult tasks.  First, it means staying focused on core beliefs, instead of ‘theological trivia’, which seems the particular fascination of most anti-Adventist critics. We need a relatively unchangeable anchor within a changeable dynamic religion.  Second, staying focused doesn’t mean being simplistic.  We need a narrow focus but also a deep one.  This book tries to do exactly that – given an account of my Christian-Adventist faith beyond common clichéd answers.

And with this, Ferguson gets right down to business with a book that comes in 21 titled segments in seven parts plus an Introduction and a Conclusion.

Pretty basic, you might think, and you would be right. But also always lively.  Part V includes a section titled, “Do Adventist believe in an immediate post-mortem existence – and can Star Trek teach us anything about the afterlife?”  Another: “Do Christians avoid dirty matters of the flesh – and do Adventists like sex and make terrible monks?”

I surely give this book five out of five stars.

Readers who feel energized by Ferguson’s book, may also be inspired by Francis Spufford’s Unapologetic: Why, Despite Everything, Christianity Can Still Make Surprising Emotional Sense.  Spufford’s book was recommended to me much earlier by a platform presenter at the most recent Annual Council of Seventh-day Adventists.  While Ferguson is not as relentlessly pugnacious as Spufford, they share share a common reluctance to yield to the materialistic reductionism of modern atheism.  And while Ferguson seems better prepared to trace the blossoming of secularism within Christianity, both Ferguson and Spufford are artful with the literary turn of phrase.  It would be worth a round-the-world airline ticket to join the two of them at the same dinner table before retiring to couches and a fireplace for after-dinner conversation.

(If you use this link purchase “Seventh-day Adventist, I don’t know about.  I just don’t know …  ” Amazon pays Adventist Today a small affiliate fee. You can also purchase Unapologetic: Why, Despite Everything, Christianity Can Still Make Surprising Emotional Sense and the same fee will be delivered to Adventist Today.) 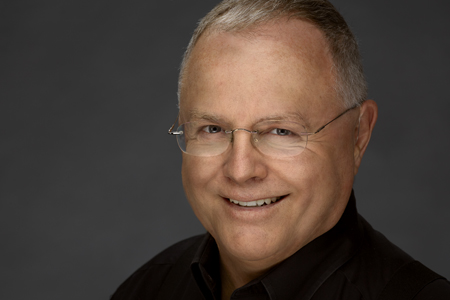 Bill Garber is a member of the Adventist Today board, and a frequent contributor.