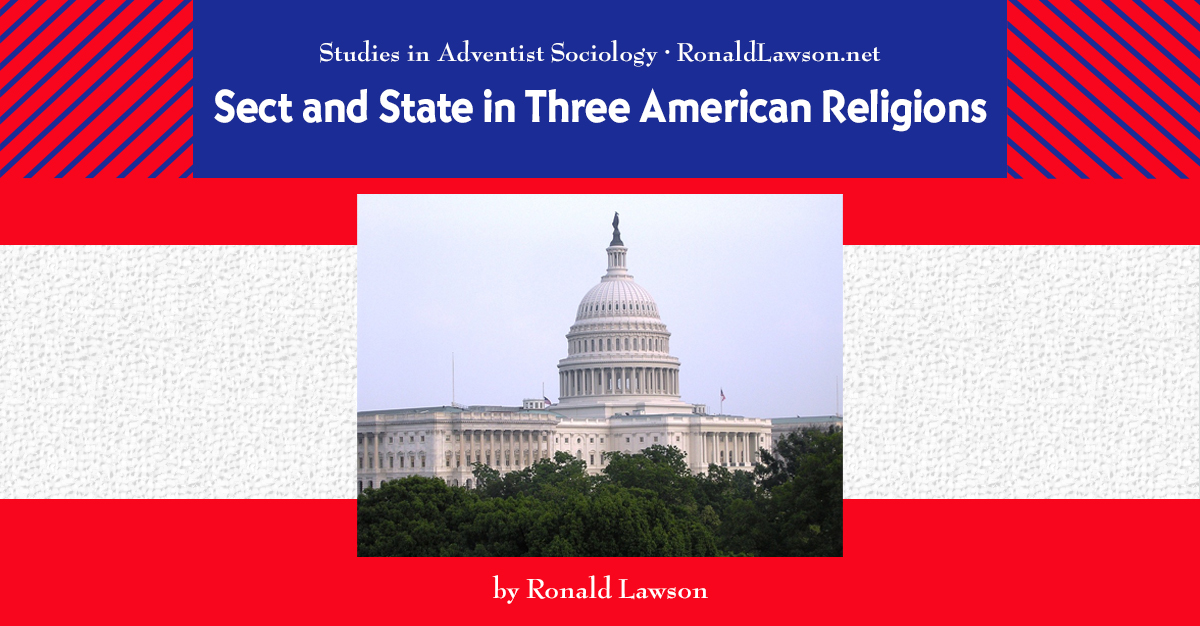 Long before I became fascinated with comparing Mormons, Adventists, and Witnesses, the three religious groups that began in the United States during the nineteenth century and went on to globalize, I had a discussion with the then-editor of Sociology of Religion about how Adventists and Witnesses, which both had their roots in the Millerite Movement and thus very similar beginnings, went on to have dramatically different trajectories, especially in the relations with and attitudes towards the state. This set my mind going, and some months later I sent him the paper below. He found it exciting and important, and published it speedily. This is the paper that has been uploaded this week to my website.

Here are the title and publication details of that paper, followed by its abstract, so that you can get a sense of what I argue in it. If you are interested in seeing the whole paper, go to www.ronaldlawson.net. “Sect-State Relations: Accounting for the Differing Trajectories of Seventh-day Adventists and Jehovah’s Witnesses” was published in Sociology of Religion, 56:4 (Dec.1995), 351-377. Here is the abstract of the article.

Seventh-day Adventists and Jehovah’s Witnesses shared common roots: both began as apocalyptic sects with premillennial expectations; both rejected political participation as contaminating and distracting from their God-given purpose; both expected to be the object of persecution from the state; and both held theological positions that put them out of step with demands of the state, such as a refusal to bear arms in wartime. However, over time they followed very different trajectories in the matter of relations with governments. While the Witnesses increased their intransigence and endured considerable conflict, Adventists increasingly compromised their original positions, prizing governmental approval.

If, following Stark and Bainbridge, the degree of tension with state and society is invoked as the measure of a religious group’s position on the church-sect continuum, Witnesses are found to be an “established sect,” while Adventists have traveled a considerable distance from sect towards denomination.

This paper sets out to account for these differing trajectories. In doing so, it focuses on the evolution of the relationships of these two sects with governments, paying particular attention to times of war and heightened nationalism. The data lead to an interpretation that finds several related, interacting factors. These include the degree of social mobility experienced by the groups, the proportion of members who have inherited their faith, the degree of organizational openness, ideological rigidity, and apocalyptic urgency, the intensity with which they indoctrinate converts, and the extent to which they have faced persecution. These factors together shape the group’s relations with the state and society, and consequently also its position on the Sect-Denomination continuum.

Ronald Lawson is a lifelong Seventh-day Adventist, and a sociologist studying urban conflicts and sectarian religions. He is retired from Queens College, CUNY.