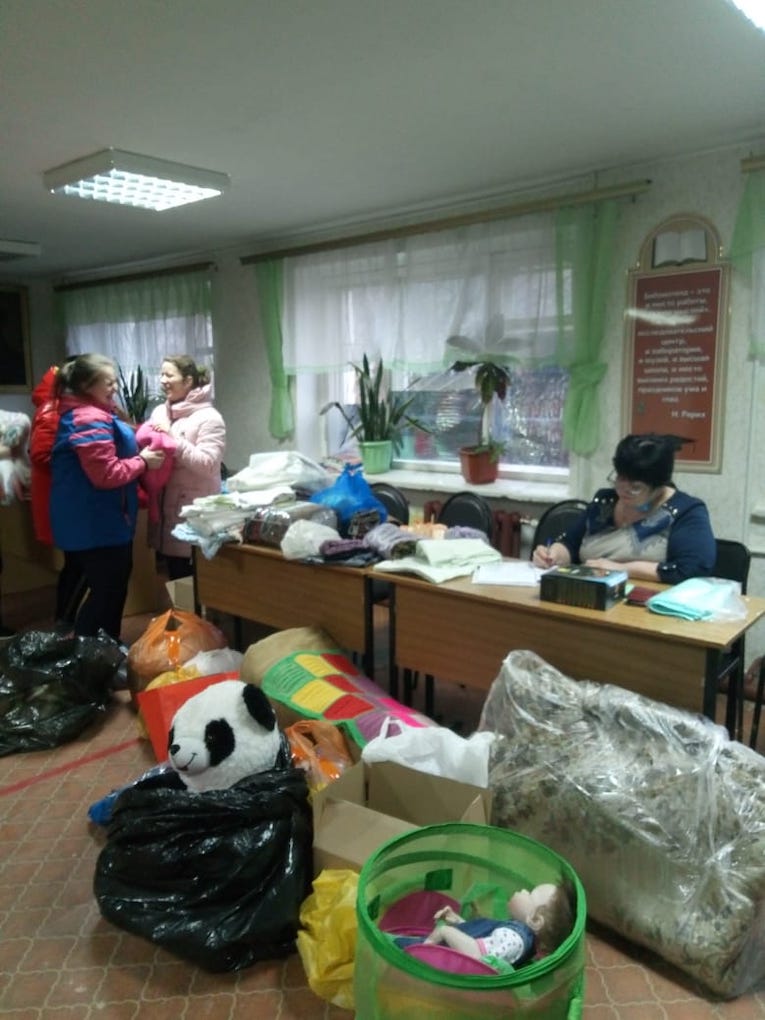 19 August 2022 | Several groups of people from the Donbas, with about 100 people in each, were brought to Ostrogozhsk, a city in Russia, reported the Inter-European Division (EUD).

The Donbas is made up of two regions, Luhank and Donetsk, along Ukraine’s eastern border with Russia. Separatists backed by the Russian government took control of the Donbas in 2014.


At the end of February 2022, close to the start of the current conflict between Ukraine and Russia, a mass evacuation of the Donbas population to Russia was announced. The evacuated groups were comprised of mostly women and children. Most of the adult men remained in the Donbas. “The evacuation took people by surprise, unexpectedly, like snow on their heads,” according to the EUD article.

The groups brought to Ostrogozhsk were housed in a vocational school hostel. There was a need for everything, reported the EUD. There were beds, but no linens. Large windows, but no curtains. No diapers, personal hygiene products, toilet paper, or even drinking water.

Adventist church members rushed to meet their needs. They collected funds and necessary items. Women in the church sewed new bedding. Rugs and carpets were donated for the floor of the children’s playroom. TV antennas were purchased. Church members also helped with bathroom renovations. Church members from Tver and St. Petersburg sent monetary donations, and residents of the city and surrounding villages also donated items.

On March 8, 2022, International Women’s Day, church members even held a special program for the mothers that provided a class and care for their children for three hours.

The 1.02 million includes 120,000 foreigners and people evacuated from the Donbas, which Russia recognised as independent just before launching its invasion. Lavrov said 2.8 million people in Ukraine have asked to be evacuated into Russia, in comments to China’s official Xinhua news agency published on the Russian foreign ministry’s website.

However, Ukraine has said that Moscow has forcefully deported thousands of people to Russia.

U.S. Secretary of State Antony Blinken said Russia had detained and forcibly moved to Russia some 900,000 to 1.6 million people, many of them children, reported the BBC. Blinken also said children were being separated from parents or abducted from orphanages to be put up for adoption in Russia. He said unlawfully transferring or deporting civilians was a grave breach of the Fourth Geneva Convention.

(Photo: The Adventist church in Ostrogozhsk, a city in Russia, collected needed items for people evacuated from the Donbas region. Photo via EUD website.)