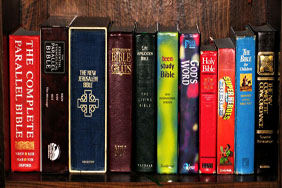 When a new Bible translation is released, a litmus test for very conservative Bible students or scholars is its translation of one Hebrew word in Isaiah 7:14. If the new version translates the word as “virgin,” it will probably be acceptable. Any translation other than “virgin” means the version is unacceptable.

The people requiring the word “virgin” are concerned because Matthew 1:18-25 presents the virgin birth of Jesus as “to fulfill what had been spoken by the Lord through the prophet: ‘Look, the virgin shall conceive and bear a son. . . .’ “ Matthew’s explanation is seen as endorsing the fact that Isaiah predicted that Jesus would be born of a virgin.

Did Isaiah predict the virgin birth of Matthew 1? I don’t find that in the story in Isaiah 7. Let’s take a look at the story. A war was going on. King Ahaz was terrified. “The heart of Ahaz and the heart of his people shook as the trees of the forest shake before the wind (verse 2).” Ahaz was king of Judah, which was under attack by armies of neighboring Israel and Aram. 2 Kings 16 describes desperation measures undertaken by Ahaz in trying to fend off the attackers.

While this struggle was going on, Isaiah brought Ahaz a message from God: “You’re going to come out OK.” Ahaz was even told to ask for a sign, but he refused (verses 11, 12). Finally, Isaiah said, “Is it too little for you to weary men, that you weary my God also? Therefore the Lord himself will give you a sign. Behold, a young woman (Hebrew, ‘almah) shall conceive and bear a son, and shall call his name Immanuel (verses 13, 14).”

People who quote verse 14 often don’t remember any of the rest of Isaiah 7. In verses 16-17, Isaiah predicts that “before the child knows how to refuse the evil and choose the good, the land before whose two kings you are in dread will be deserted.” In other words, Ahaz was told that the end of his problems wasn’t too far off – no farther off than the early childhood of a soon-to-be-born child. Or was the end of his problems still several hundred years off?

Would Ahaz have been encouraged at the thought that an event several hundred years later was some kind of communication about his current problem? “‘almah” may have referred to Ahaz’s wife or Isaiah’s wife or some other woman who was known by both Ahaz and Isaiah, but the story doesn’t make sense if “‘almah” refers to a woman who wouldn’t even be born for hundreds of years.

Part of the problem arises because we’ve gotten a peek at the answer before reading the question. In Everything Is Obvious Once You Know the Answer, Duncan Watts points out that some things seem obvious only in retrospect. For example, he tells about the Mona Lisa. People think it was recognized as a masterpiece from its beginning, but it only became known as the world-famous art it is after gaining publicity because of being stolen. Many events that seem to be likely events in retrospect didn’t look likely as they developed. People who have learned how New Testament writers apply Old Testament texts believe that Old Testament writers made many successful predictions about Jesus. But readers of the Old Testament would not realize that many of those texts were predictions if they did not know that the New Testament writers seem to have understood them that way. (This column will not focus on the meaning of “fulfill.”)

Take another passage. If you read Hosea 11 in context, you will not see it as predicting that Jesus (or anyone else) would be taken to Egypt. In Hosea 10 and 11 and 12, you read about the frustrating time that God had with the Israelites. If you had never read Matthew 2, it wouldn’t cross your mind that Hosea 11:1 was predicting anything. Most people who see Hosea 11:1 as predictive don’t see Hosea 11:2 or Hosea 11:3 as predictive. Why not? Because the New Testament doesn’t refer to them as fulfilled.

Some Bible students view “typology” as a type of prediction, but typology is recognized after the fact. Lincoln was elected in 1860, Kennedy in 1960. Both were shot in the head, from behind, on a Friday, while sitting next to their wives, and were succeeded by Southerners named Johnson. Both lost a son in infancy and were involved in civil rights struggles. Etc., etc. However, I’ve never heard that anybody of used details of the Lincoln assassination to predict that Kennedy would be shot on a Friday while sitting next to his wife. The similarities were noted after the fact. Matthew’s noting that Jesus’ coming out of Egypt was similar to the children of Israel’s coming out of Egypt (described by Hosea) was a similarity noted after the fact. And Matthew’s readers now find a prediction in Hosea 11. And in Isaiah 7. Everything is obvious once you know the answer.

While “‘almah” means a young, unmarried girl, the translators of the Greek Septuagint used the word “parthenos” to translate ‘almah. Parthenos means “virgin”, which is just one of the possible meanings of ‘almah. But as was mentioned earlier, it doesn’t appear likely that Isaiah was predicting that a virgin birth would occur in the near future, and predicting a virgin birth hundreds of years later wouldn’t make sense for the optimistic message Isaiah was delivering to Ahaz. But when Matthew was finding similarities (or typology) in the Hebrew writings, the Greek translation helped make his point even better.

Many Christians ignore the context for some Old Testament passages because of the New Testament’s use of those passages. Isaiah 53 is another example of a misused passage. Rarely do you see Isaiah 53 referred to in context; it is nearly always presented as a prediction about Jesus, leaving us wondering why the Jews didn’t see what was so obvious. But I submit that it isn’t obvious just from reading Isaiah. New Testament writers saw the similarity and wrote about it. Those Old Testament passages were filled with new meaning (“fulfilled”), but their original meaning did not change.

Hurrying to read the Bible through each year, or to cover a certain amount of Bible passage in a limited time, we can be tempted to take shortcuts. We can see Christmas trees described in Jeremiah 10 and automobiles in Nahum 2. A closer look at those passages, though, reveals that their context that has nothing to do with Christmas trees or automobiles, even if the wording can “ring a bell” with us. Recognizing our carelessness in paying attention to context in Isaiah 7 can help us to be more careful to work on avoiding the same mistake in other Bible passages. As we stop reading the same out-of-context meanings into familiar passages, we may be more open to hearing what a passage actually means and finding how to apply it to our lives in a fresh way.

Note: All Bible quotations are from the New Revised Standard Version.