Presidents of NAD Universities on Church Unity and Ministry Inclusiveness 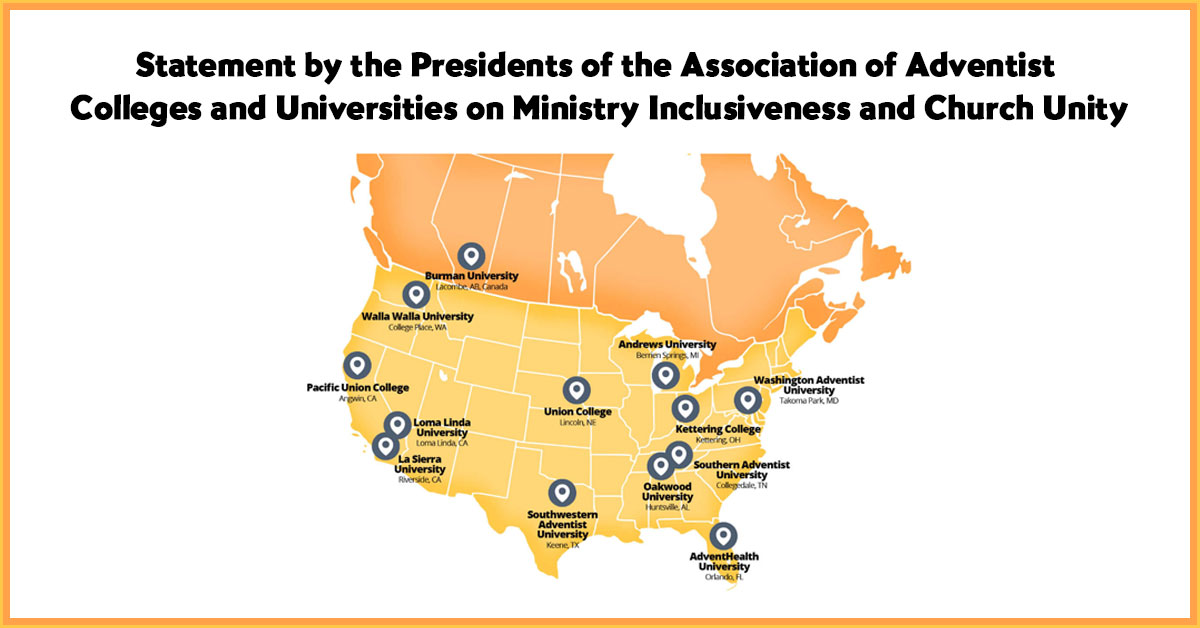 At the NADYEM18 meeting, Gordon Bietz read the following statement crafted by the Presidents of the Association of Adventist Colleges and Universities:

As presidents of Adventist colleges and universities in North America, we stand in solidarity, committed to the following: