4 November 2018  |  A number of members of the executive committee of the Adventist denomination’s North American Division (NAD) made statements about the “Compliance” document voted at the General Conference (GC) Annual Council in Battle Creek, Michigan, two weeks ago.

I stand today in support of the young people, both men and women, who come to our university and college campuses across North America and who are responding to a spirit-led call to the gospel ministry. Being created in God’s image, both male and female, they expect to be treated equitably and justly.

I stand in support of these young people and in the context of our conversation today on compliance, I would like to share a paraphrase of a famous quote from German Protestant pastor Martin Niemöller. It is a modern paraphrase with an Adventist flavor.

That is why I stand here today and speak in support of both young men and women who have been called by God to serve in ministry. And I challenge the leaders of the North American Division and the leaders at the union, conference and institutions represented here today to reject this compliance document and this form of church governance and stand in solidarity in support of equity in ministry.

And if we are then deemed to be out of compliance, we will be found in good company and be able to stand along with another famous German theologian and reformer, also by the name of Martin, whom Adventists know well, and we will be able to say along with him, “Here we stand. We can do no other, so help us God!” 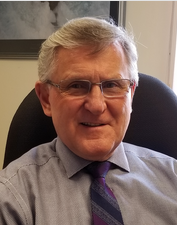 After being an observer at the GC Annual Council in Battle Creek and listening to the logical and insightful critique of the GC non-compliance document and the response by those supporting the document, I have come to the following conclusions:

The majority of delegates at the Annual Council were more interested in bringing the NAD into conformity than they were in considering the potential harm the non-compliance document has toward establishing “kingly power” and a police state mindset,

The leadership of the GC can now have confidence they have the votes at the GC session and Annual Council to do what they see as best for the world church. We in the NAD have 11 months to find a way to go forward in response to the GC Document. At the next GC Annual Council and GC Session, the GC administration and delegates know they have the votes to put in place whatever they see as wisdom for the world church—including the NAD. The GC administration can introduce new standards for the model bylaws for the operating of the world church from division level to the local conference. They can instruct the GC nominating committee on what it wants for the NAD leadership, etc.

In a democracy certain rights are held in high regard: 1. The right of religious liberty, 2. The right of free speech, 3. The right of assembly, 4. The right to pursue happiness. These rights are protected, and a majority vote cannot take them away. In recent times our church has by majority vote taken away the historical right of local fields to decide what is best in their fields to fulfill mission. This action is called “The tyranny of the majority,” not democracy.

The line has been drawn in the sand, and we here today need to make a response before the 2019 Annual Council meets. 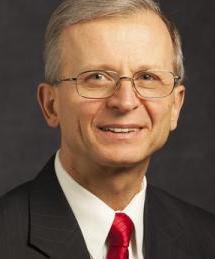 First, I would like to say the obvious regarding the nature of church policies: they are important for our church but their role is supportive. They play three basic functions. They should: (1) put in practice rules founded on biblical-theological principles without contradicting them; (2) enhance Church’s mission; and (3) support and develop Church’s unity. It can be argued that the discussed GC compliance document is out of compliance to these three basic functions.

Second, if someone—or a group of people—is telling me that we in NAD are in rebellion, because we do not agree with the vote of the General Conference in San Antonio regarding ordination of women to ministry, I would like to remind these brothers and sisters that the General Conference voted in 1877 (James White was the president) that GC votes can be questioned on the basis of Bible evidence and conscience. Here is the September 28 voted text (published in Review and Herald, October 4, 1877, page 106): “Resolved, that the highest authority under God among Seventh-day Adventists is found in the will of the body of that people, as expressed in the decisions of the General Conference when acting within its proper jurisdiction; and that such decision should be submitted to by all without exception, unless they can be shown to conflict with the word of God and the rights of individual conscience.” The conference accepted the report of the committee, and unanimously adopted the resolution. So we are acting in harmony with these principles, because we strongly believe that there is a solid biblical ground for the ordination of women to ministry.

Third, I have the full confidence that women in ministry will grow in number and will be fully affirmed by the church. I build this projection on the firm prophetic statement uttered by David: “The Lord gives the word; the women who announce the news are a great host” (Psalm 68:11 ESV). This is presented as a reality. If God through His Spirit is behind this work and calls men and women to form the priesthood of all believers (Joel 2:28-29; 1 Peter 2:5), who can stop it? We should support their work in order to be part of the fulfillment of this prophetic vision.

Additional statements will be published in the second part of this report.