“Things may come to those who wait, but only those things left by those who hustle”—Abraham Lincoln.

A praying mantis is a fascinating insect, named because its prominent front legs are bent at an angle and held together in a way that suggests a prayer posture. Its scientific name is Mantis religiosa which literally means religious mantis—and to appearances, it is! When you look at it, you may even think that you have met the most religious and saintliest creature there is in the universe: so spiritual, so prayerful, so cute—always composed and cool!

But in fact, a praying mantis doesn’t “pray.” It “prays” to “prey” on its victims: praying mantids use their prayer posture to ambush or stalk their quarry. The front legs snare their prey, and they are so fast in unleashing their killer shot that it’s almost impossible to see them move with the naked eye. Its victims include crickets, grasshoppers, flies, and many other like insects—including their own kind. In fact, the female mantis is famous (or infamous) for eating its “husband” immediately after mating—sometimes even while they’re mating.

“Don’t be fooled by its angelic pose…because the mantid is a deadly predator. If a bee or fly happens to land within its reach, the praying mantis will extend its arms with lightning quick speed, and grab the hapless insect. Sharp spines line the mantid’s raptorial forelegs, enabling it to grasp the prey tightly as it eats. Some larger mantids catch and eat lizards, frogs, and even birds…The praying mantis would better be called the preying mantis.”

Any entomologist (that is, an expert on insects) will tell you that a praying mantis is a formidable threat in the realm of insects. It “uses a prayerful posture to become a deadly predator.”

True human prayers are preyers, too: they prey after they pray! Because prayer without action is useless.

Ask, and it will be given to you; seek, and you will find; knock, and the door will be opened to you.

The principle implied is this: Take a step beyond your wish(es) or prayers. Act. Do something practical about your dreams. Prowl and prey after you pray.

Jesus uses the word seek to communicate this concept. Modern dictionaries consequently include, as the meanings of the word seek, the following: “try to locate or discover, or try to establish the existence of” something; “try to get or reach”; “make a serious effort to attain something, …make a search (for)…” and “make an effort or attempt.”

The Greek word used in Matthew 7:7, which has been translated as seek, is ζητειτε (zeteite). In John 6:24, it’s translated as “to look for.” The whole sentence is translated as follows: “So when the crowd realized that neither Jesus nor his disciples were there, they got into the boats and came to Capernaum looking for Jesus” (emphasis mine).

Notice that the disciples had to get into the boats and travel all the way to Capernaum, “seeking,” or “looking for,” (Greek: zeteontesi), Jesus.

In other words, seeking involves movement from one point to another. It means action.

The Greek Old Testament, the Septuagint, uses the verb zeteō to include the connotation of seeking an object or a person. For instance, in Genesis 37, Joseph searches for his brothers by going out looking for them in the wilderness. In 1 Samuel 10:2,14 Saul and his servant went out in the country looking for his father’s lost donkeys. Sometime later he would be going about into the bush hunting for David intending to kill him (1 Samuel 23:14). Some of the cognates of zeteō like epizeteō (επιζετεω) (verb), are translated as “to search for, seek after, desire to know, wish for, demand, desire.”

All this confirms that the word seek presupposes action. It is an action verb. It means taking the initiative to get something. It means making an effort towards achieving a desired end. It means perspiration. A search for something desired. To seek, you must stand up and move. You must go.

This further suggests that when Jesus said, Seek and you shall find, He meant that you need to take practical steps or action towards your desire. Don’t just ask and sit back passively waiting for miracles to happen. Make an effort to accomplish your desired goals. If there’s anything humanly possible, and doable, that you can do to get at your desire, do it! Don’t wait for heaven to do what you can do. Stand up and perspire before you can respire. Act. Make a serious effort to attain what you have asked God to give you.

That’s why Jesus says, “Ask, and it will be given to you; seek, and you will find; knock, and the door will be opened to you….” (Matthew 7:7, Berean Study Bible).

A means to an end

Notice that Jesus suggests that praying is not everything. Prayer is not an end but a means to an end. Prowling and preying follow all sincere prayers and make them effective.

We talk so much of prayer. We spend long hours, days, months and even years fasting and praying when, in fact, heaven is waiting for us to stop praying and start preying. That’s ironic!

Often, it’s the preying part that is lacking in the praying of many good people. This is where we stray. Praying without preying is like flirting with your crush but never proposing to her. It’s an empty dalliance. Our opportunities slide through between our prayers because we are too lazy to prey.

It’s no marvel that it’s now ages since heaven last rained miracles on us. We cannot blame it on God, but our indolence. True pray-ers are preyers.

The world is full of so-called prayer warriors who are prayer–ignorant. They’re full of formulas and programs and advice, peddling techniques for getting what you want from God. Don’t fall for that nonsense. This is your father you are dealing with, and he knows better than you what you need. With a God like this loving you, you can pray very simply. Like this: our father in heaven, reveal who you are…” (Matthew 6:7-13, MSG, emphasis mine)

So quickly rise up from your knees, and get to work, because God answers most of our prayers when we are working. And when you have done all you were supposed to do, and could do, on your part, go back to the same prayer spot in the evening and, while on your knees, repeat Psalm 90:17:

And then, in the words (variously translated) of Exodus 14:13:

watch how the Lord will deliver you… (ISV)

and you will see what the Lord will do (GNT)

Just stand where you are and watch… (TLB)

Without effort, we have no moral right to walk up to God and demand things we are not willing to sweat for. It is not even faith, but arrogance and presumption that does so. The command is: ask, seek, then knock! Not the other way round.

The apostle Paul would say,

In prayer there is a connection between what God does and what you do. You can’t get forgiveness from God, for instance, without also forgiving others. If you refuse to do your part, you cut yourself off from God’s part, (Matthew 6:14-15, MSG).

It was not until Moses stopped praying, and held his staff high that the waters of the Red Sea parted. “Why cry out to me?” God charged. “Speak to the Israelites. Order them to get moving. Hold your staff high and stretch your hand out over the sea: split the sea! The Israelites will walk through the sea on dry ground. Meanwhile I’ll make sure the Egyptians keep up their stubborn chase—I’ll use Pharaoh and his entire army, his chariots and horsemen, to put my Glory on display so that the Egyptians will realize that I am God.” (Exodus 14:15-18, MSG). And when Moses did just as God had instructed him, the impenetrable sea was split in a fraction of a nanosecond! Just like that!

God is saying, You have prayed far too long without preying. Get up! Get out and sweat it out. Stop praying because I want you to prey and

…put my Glory on display so that the Egyptians will realize that I am God. (Exodus 14:15)

You may now be dismissed. The service is over! 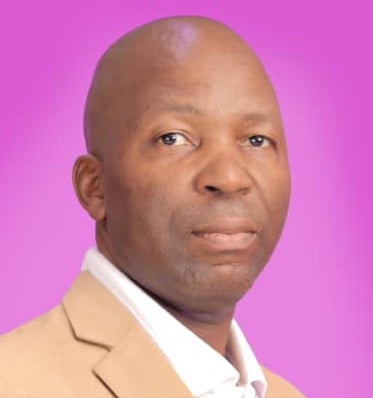 John Anderson Phiri is a graduate of Spicer Adventist University. He served a term as president of the Central Malawi Conference, and is now pastoring in the city of Lilongwe. He and his wife, Ireen, have four children. This essay is from his forthcoming book, to be published this month, Successful People Are not From Mars: the One Thing Successful People Don’t Know and Won’t Tell You about Success. You can read more about his book here.