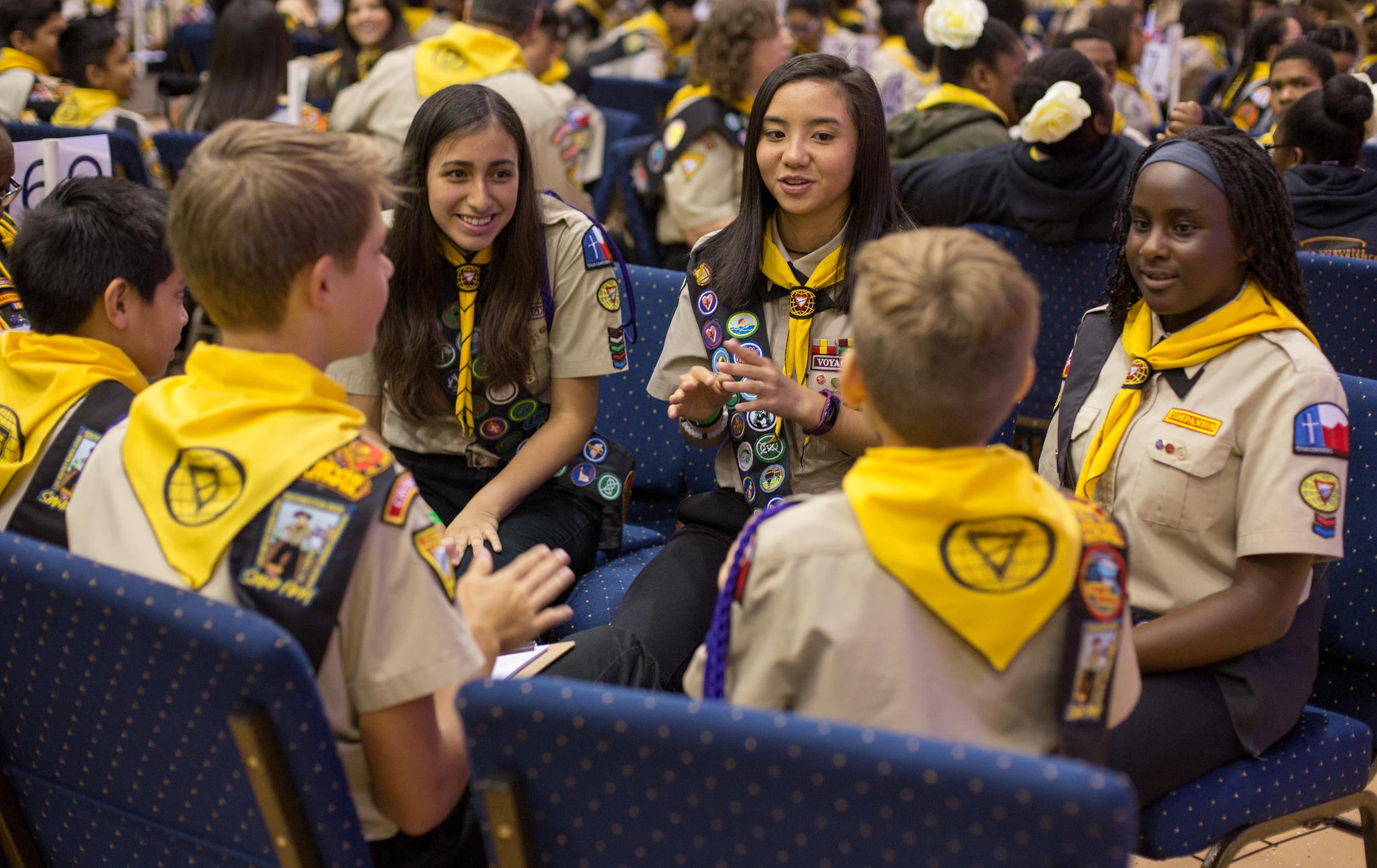 3 July 2019  |   During the largest gathering of Adventists this year in the northern hemisphere, more than 50,000 people from all over the world will gather August 12 through 17 in Oshkosh, Wisconsin, for the North American Division (NAD) Pathfinder Camporee. The event happens every five years and uses the facilities of the Experimental Aircraft Association annual air show.

For most Adventist children in the United States, Canada and Bermuda, this is the most important event of their early adolescence (ages 10 through 15), held in their memories throughout their lives. And there are large numbers who come back as young adults to help staff the Camporee in future years.

Pathfinder Clubs will come not only from across North America, but also from about 100 nations around the world. More than 3,100 Pathfinders are coming from outside the NAD; about 1,500 from the Caribbean and Latin America, nearly 1,000 from Africa, 400 from Europe and at least 350 from Asia and the South Pacific.

Let’s be clear about one important fact up front: the purpose of this news story is not to promote more people to attend the 2019 Camporee. All of the overnight openings and day passes sold out months ago. There is no room for anyone at the Camporee who has not long ago registered and been issued a pass. In fact, all of the hotels and motels in 25 miles are entirely sold out.

What Happens at the Camporee?

There is a daily parade with the tens of thousands of Pathfinders marching with their clubs for a grand assembly, and at 7 am and 7 pm each day there are flag raising and lowering ceremonies; nine giant flags, each managed by a team from one of the nine union conferences in the NAD.

Each day groups of Pathfinders will fan out across the region, participating in 57 community service projects such as helping prepare meals and wash dishes at the Salvation Army Soup Kitchen; assisting with groceries at Father Carr’s Food Pantry; painting at Habitat for Humanity home construction projects; working on natural preservation activities at the Heckrodt Wetland; leading activities for young children at the public library; preparing garden plots in a golf course that is being turned into a community gardening project where families can grow their own vegetables; organizing donated items at the Community Clothes Closet; folding donated clothing at the Goodwill store; cleaning up at the Fox Valley Animal Shelter; clearing trails and painting picnic shelters at Sullivan Woods; creating a natural area on the shore of Miller’s Bay in Menominee Park; doing yard work at the Paine Art Center and Gardens; washing windows for Maple Meadows Assisted Living Center; helping maintain trails and cleaning the lakeshore at eight local parks; cleaning up public spaces and the front yards of homes in neighborhoods throughout the towns of Oshkosh and Appleton; going door to door and collecting donations of canned goods and clothing for local charities to distribute next winter; participating in prayer walking groups in communities throughout the area; assisting with children’s art activities in local parks in many neighborhoods; and visiting in a number of nursing homes.

There are four large hangars on the grounds, each with 40,000 or more square feet. Hangar A will have camporee memorabilia for sale, as well as displays by many Adventist ministries and secondary schools. There will also be a display from the National Aeronautics and Space Administration (NASA), and the Museum of the Experimental Aircraft Association is located on this campus.

There are many educational activities during the week of the Camporee, generally focusing on the outdoorsmanship, camping and nature study agenda of the Pathfinder Club. This will include things like a Friesian Horse Show, a 5K Fun Run, a motocross demonstration, opportunities to take a 15-minute airplane flight and see the Camporee grounds from above, a soccer tournament and a basketball tournament. Pathfinders will have several opportunities to join a class in which they can earn an Honor during the Camporee. Of course, there will be drill team and drum corps competitions; basic, advanced and freestyle.

There will be off-site trips to see a dairy farm—including a ride on a hay wagon—and swimming at the beach on Lake Winnebago, one of the largest lakes in Wisconsin—and opportunities to engage in basketball, swimming, ice skating and wall climbing at the Oshkosh YMCA.

A key part of the Camporee evening programs is the focus on spiritual themes. Story telling, preachers and music will be included in the worships. And drama versions of Bible stories are a main feature.

When Did the Camporee Get Started?

Pathfinder Camporees have been happening since the 1940s when the Adventist denomination decided to develop a parallel program instead of sponsoring Scouting groups as do many other Protestant denominations. But, these events are usually confined to a local conference once a year or may include an entire union conference territory less often.

The first NAD Camporee happened in 1985 when about 16,000 people filled a mountain valley at Camp Hale, Colorado. The event was considered too costly by denominational administrators, so the Friendship Camporee in 1989 was organized by the Columbia Union Conference with invitations to the other union conferences in North America, and about 12,000 people gathered around a full-scale reproduction of Noah’s Ark in an open field in the Pennsylvania countryside.

By 1994, the NAD leadership had decided to go ahead with the concept because of the many positive experiences of children and families. It entered into a partnership with the Center for Youth Evangelism at Andrews University to organize the event, and Pastor Ron Whitehead became the director. Attendance was limited to about 12,000 because the facility ten miles west of Denver could not handle any larger crowd, and soon after a search began for a larger space which ended up with the airfield in Oshkosh.

In 1999 more than 21,000 Pathfinders were in attendance from 53 nations. In 2004 there were more than 31,000 from 83 nations. In 2009 it was up to 36,000 and the focus on the story of Esther culminated in 518 young people making decisions for baptism (which were handed off to their local pastors and congregations). Five years ago in 2014, more than 50,000 people from 65 nations participated and more than 600 Pathfinders were baptized during the week, with some 2,000 making a decision that they took home to their pastor.

It is a massive task for Whitehead, who also serves as youth director for the Lake Union Conference, director of the Center for Youth Evangelism and a professor of youth ministry in the seminary at AU. He is assisted by his wife and a staff of graduate assistants and student workers at the center.

You can see a video tour of the campground here: